it is been a while since I actually posted anything here, and it is about time I do a proper milestone project and push my skills to see what I’m currently capable of making. Luckily (like most of you probably already know) blendswap is hosting a contest, which is about making a fantasy styled character.

Instead of the highly realistic characters I’m planning on something more cartoony, atleast modelling wise.
So here’s my concept: Vixen 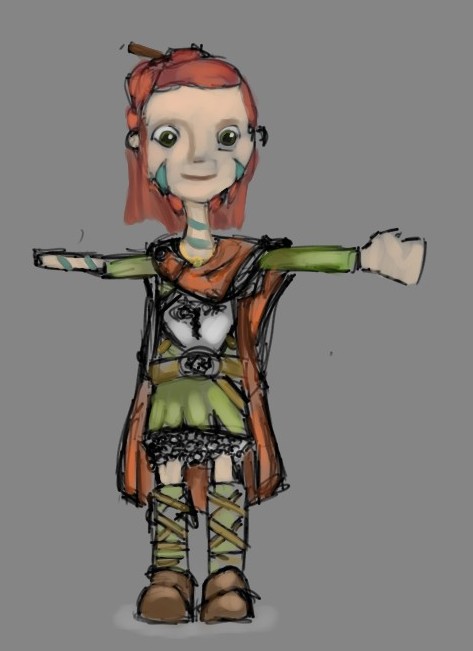 (don’t mind the crappy sketch too much, it was more too give myself an idea of the clothing I wanted to do than to be an accurate depiction of the final result)

Vixen has the appearance of a little girl in celtic(-ish) clothing. Together with her fox familiar she’s a guardian of the forest she lives in.

The current dimensions of her are based on this awesome sketch by david revoy (http://www.davidrevoy.com/portfolio.html). I asked for permission to use it on twitter, but he has not responded yet. I hope he does not mind it (since he has not responded with a hard no, I am hoping it is okay). I will send him an email if he has not responded by the end of the week. But I do not want to bother him too much, as he is probably a busy man and does not need random blender users bothering him 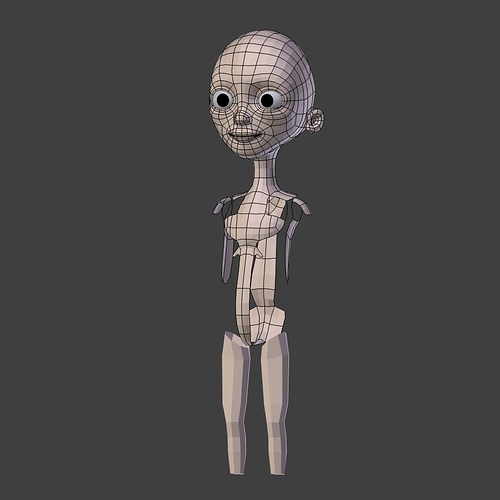 I’m planning on livestreaming a lot of the stuff I do (hopefully at least an hour a day) and will post (both here and on twitter) when I’ll do. Feel free to join me there, ask questions about blender, 3d and anything else related to the of the most important aspects of life

I do not know if I will be able to answer all, but I will definitely try

Livestreaming for an hour. Feel free to join me at http://www.livestream.com/month3d

Not much progress, just polymodelling and trying to get the shape right (not quite happy with it yet) 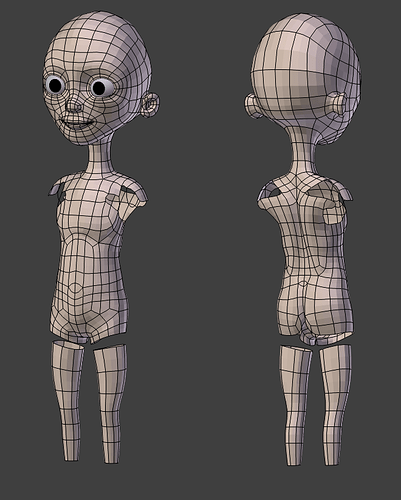 Livestreaming for an hour probably (if nothing comes up). Feel free to ask questions or anything there

http://www.livestream.com/month3d
I’m going to try to finish the body and maybe make a start with the clothes

okay that’s it for now, maybe I’ll work some more on it this afternoon.
The hands need to be redone partly (hate those buggers) other than that the base mesh is almost done and then I can move on to the armor yeey 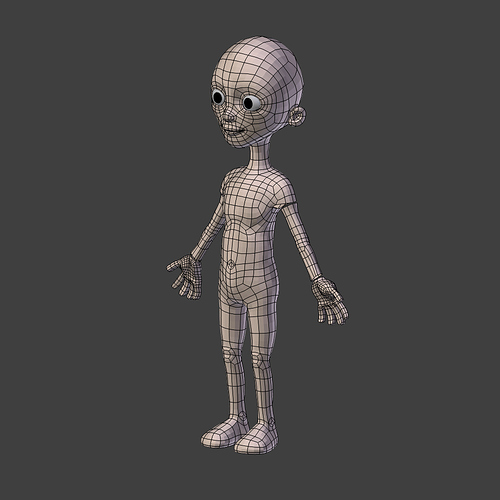 minor update: basemesh finished. Hands still need major work but going to continue work on the clothing first.
critiques/help with the hands is much welcomed. 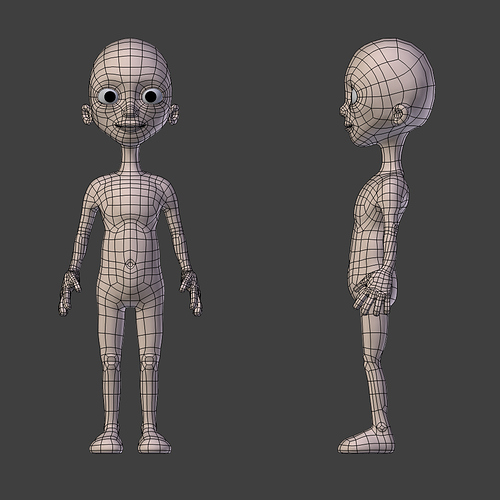 started blocking out the clothes, really works for the character imho 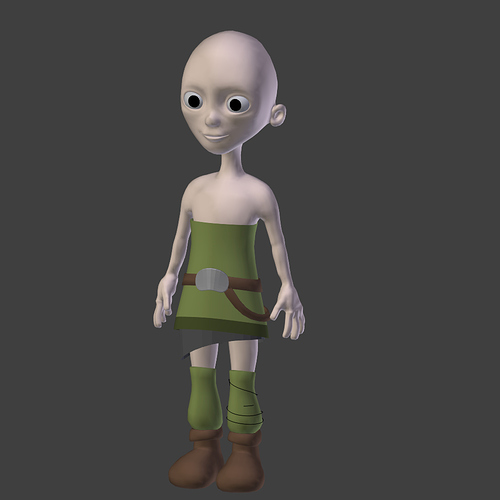 Really cool Her eyes seem a bit wide though!

thanks for the comments

@X3SB it might look that way 'cause there is not much to contrast here eyes on her head (hair is missing mostly). But thanks for the heads up, once I’ve fully blocked all the parts in I’ll test some less wide eyes

@Jeannot thanks, will definitely try!

Blocked in some more pieces and did a test for the chainmail. I’m slowly getting to the detailing part yeey 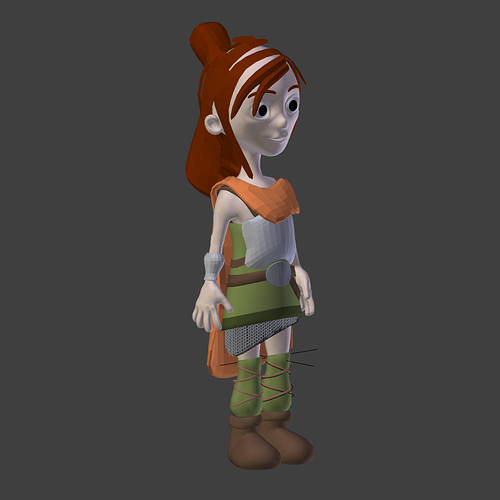 Perhaps showing us perspective screen shots as opposed to orthographic would be cool, and maybe a few views also would be nice

kinda busy with exams and stuff, so I probably won’t be able to finish this in time

so I decided to redo certain parts instead of trying to rush it in order to get it finished for april.

I’m not happy with the current plate armour: 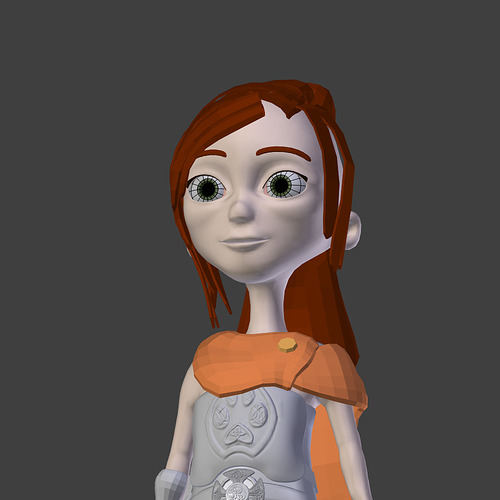 I’m going to redo that as well. 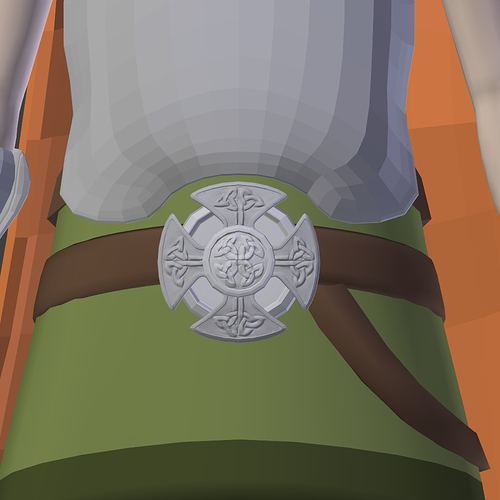 and some tweaking of the face topology 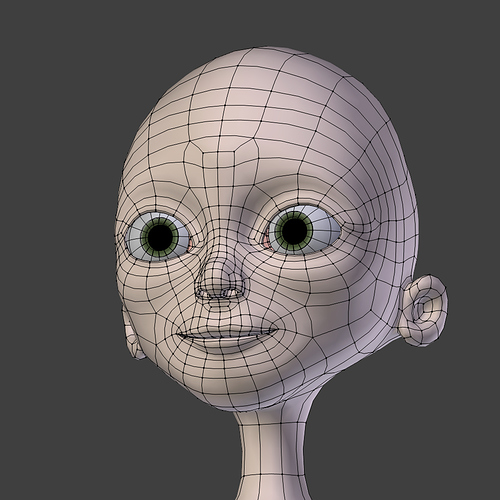 This looks good. I think you did a great job on retopo

Can’t wait to see her finished :), btw, blendswap may add a few days on the deadline

so you may be able to finish on time

I’m really happy with the additional time, hopefully I’ll be able to finish her, or atleast the modelling, texture and shading before the deadline.

some minor updates:
-added more details to the boots
-decided to create leather plating instead of metal, so I redid the top part as well
-tried to detail her skirt a bit, but not sure if I’m happy with it. 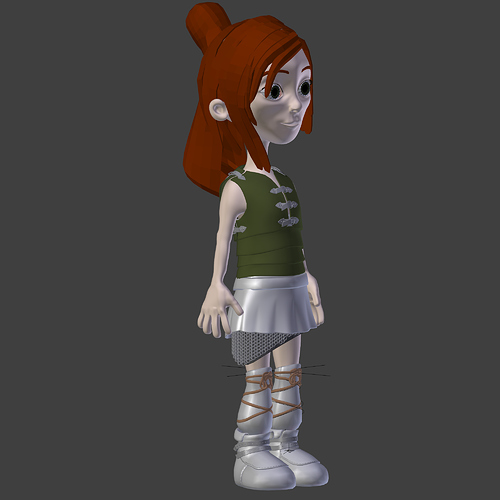 so much left to do, so little time

Missed my deadline for the blendswap contest, mainly due to university which took more time than I expected and this needing more time than I anticipated. Anyhow still working on it.
Currently trying to figure out cycles: 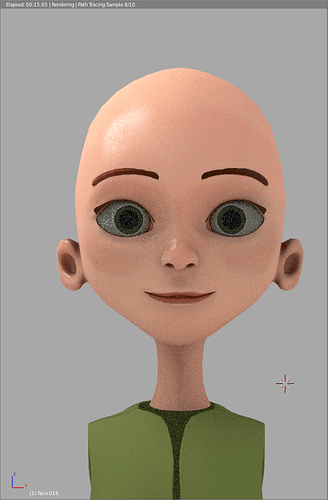 My plan is still to upload it to blendswap once I’m happy with it, but it’s probably going to take longer than my original plan.

But the skin appears too reflective. Perhaps using blender internal would be easier

I think you’re right about the skin being too reflective, I’ll tweak the glossy shader a bit more, thank you.