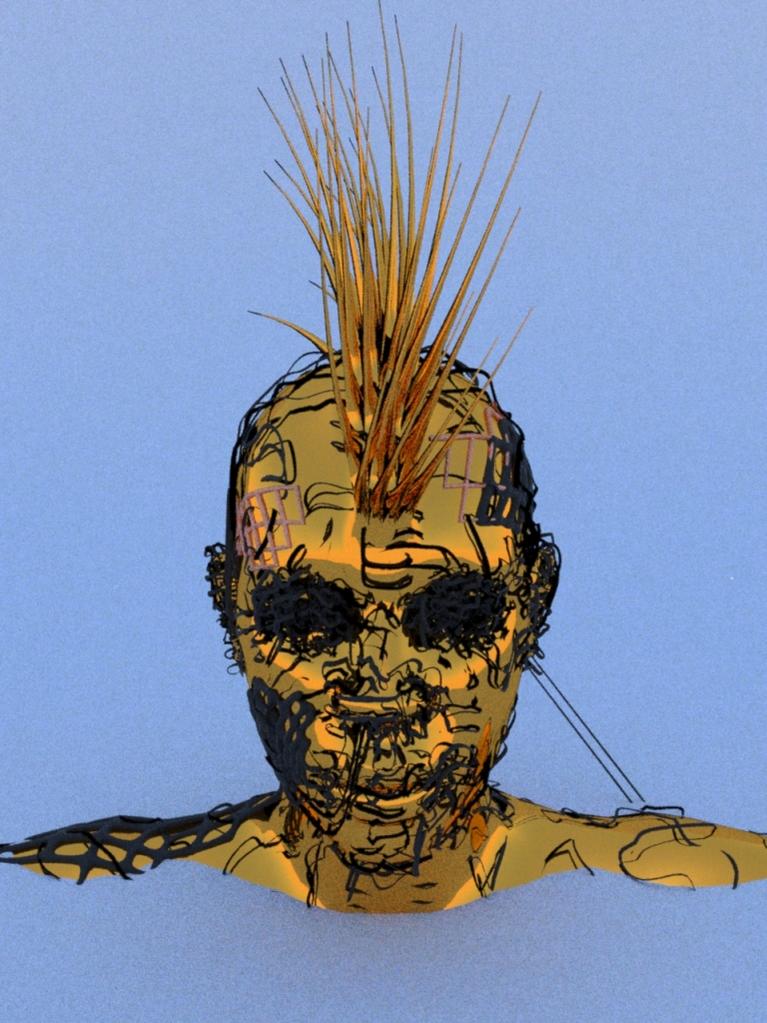 Really nice, could you give more information about the script? Is there the chance to animate this image (i don’t know how much randomness there is - but flickering lines in a video will look even cooler)?

basse, thanks so much

SebastionBauer,
I’m not sure on animating this method, there’s always other ways to do things.

If anyones interested, here’s roughly how I made this image

Originally I made the human in Make Human,
> imported it (MH import script) in Blender 2.50
> used another script > Assimp import to import the Blender file (.blend) into Blender 2.57ish.
> duplicated the model & used another script that creates the curvey drawntype lines.
> converted the curvey thing to a mesh & added subsurf & solidify.
> selected the original human mesh & in edit mode selected areas of faces,
> used another script to create a wireframe overlay on the selected verts.
> In edit mode, selected similar/close verts again, deleted faces only, converted to curve, beveled, converted to mesh, added subsurf & solidify…
Then I used the Luxrender export script, converted my Blender materials to Luxrender materials,
> set up the luxrender to render within Blenders uv/image/render window & press render.
12 hours of test renders & crashes until at number 15 render I got this one I was happy with.