As a frequent user of the Blender VSE (ver 2.77a), I encountered a frustrating problem on a complex project:
I often set cuts between video sequenzes based on the beat of background music. That works fine in the sequencer - also by taking use of the drawn waveforms of course btw. - with the only problem of the music getting out of sync after some time when previewing the video (although I choose “AV-synv” in the timeline). Stopping and starting the preview again (via ALT+A in VSE) fixes this for a short time - and the problem repeats. But only in the preview. Not in the final render.
In the rendered video, the music also gets out of sync like it got in the preview after some time - but obviously, it can’t be fixed by simply stopping and starting the rendered video.
I encountered the same problem a year ago in an older version and although I did not find any information about this problem, I really believe in Blender enough to think that it could handle basic playing of sound at the right time. So where is my error? (rebuilding timecode indices for the music sound strip does not change anything)

Thank you very much for your help in advance,
Mythenmetz

Check the audio device and the memory cache: 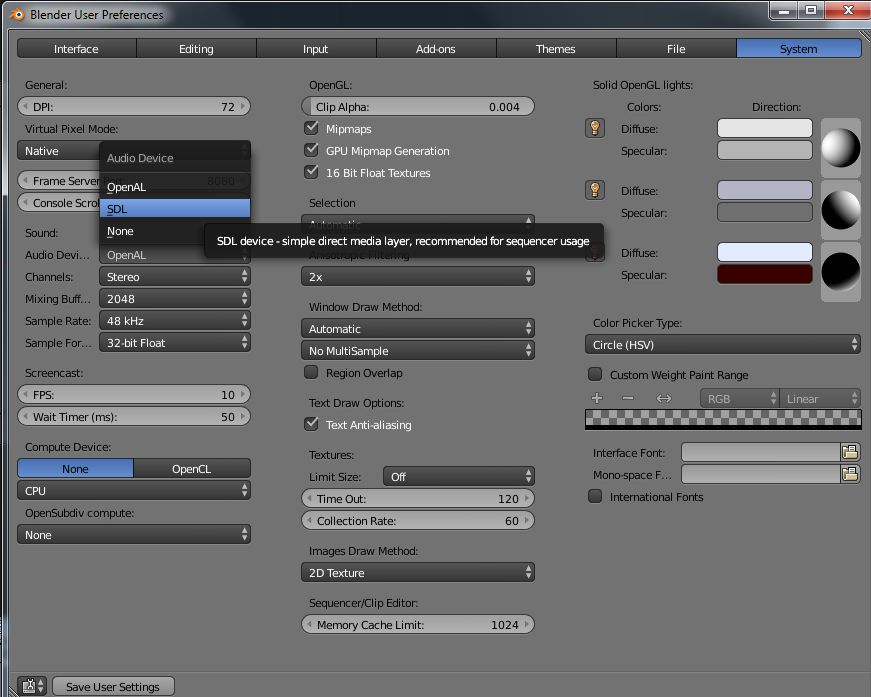 Converting to WAV did it! I thought the internal representation of the sound file in Blender would not depend on the input format.
Thank you very much!