Spaceship/Jet/antique car, I plan on eventually making a detailed exterior and interior, eventually… 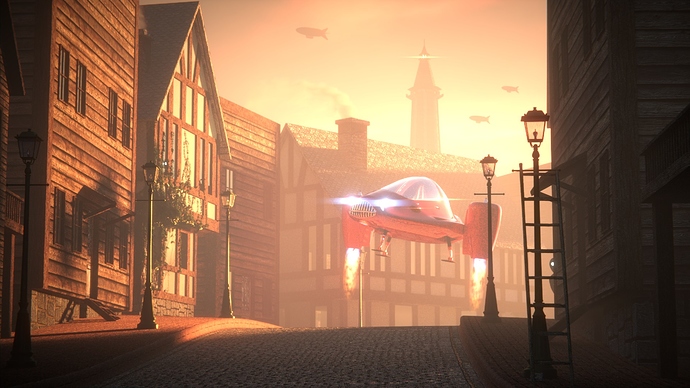 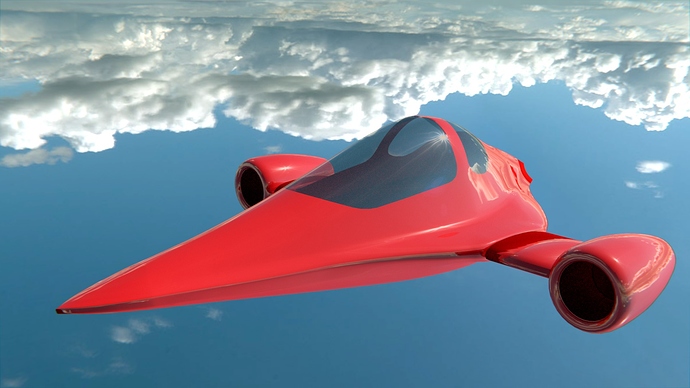 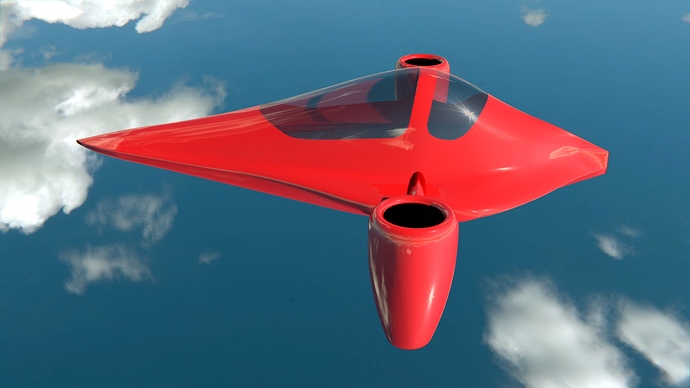 Critiques:
*Your background image seems to be upside down.
*You seem to have some artifacts near the rear of the spacecraft/jet (in the first pic, you can see the rear looks “crumpled”).

Hahaha, yeah i’m using an HDRI and i have it mirrored on the bottom side, i’m just using it for ilumination.

I am trying to think of a good tail, it currently doesn’t have any vertical stabilizer, though i’m not sure if it is needed on this style of jet/rocket/spaceship. 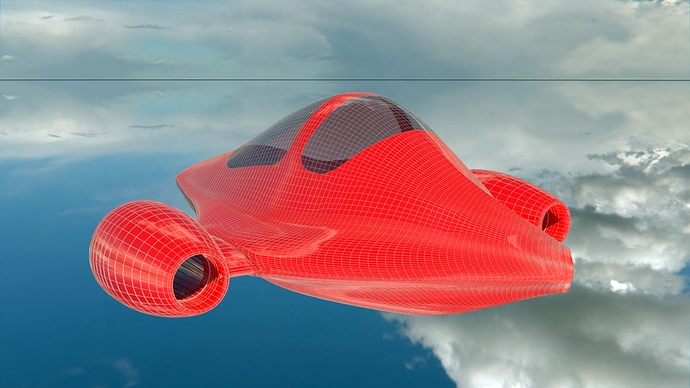 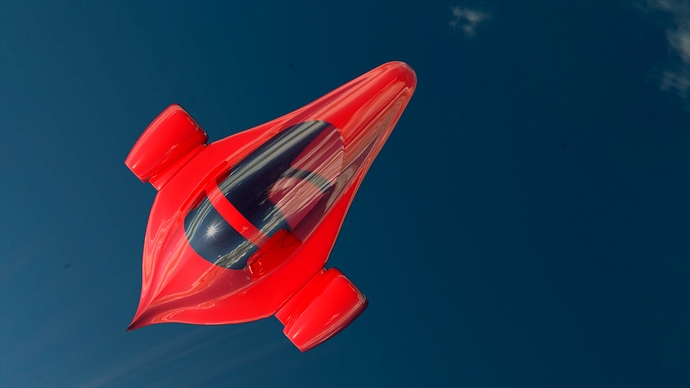 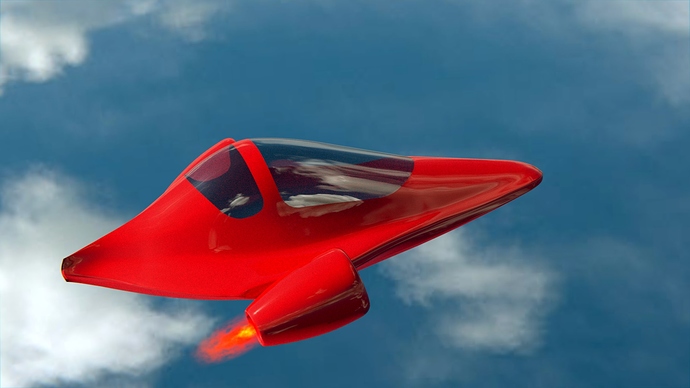 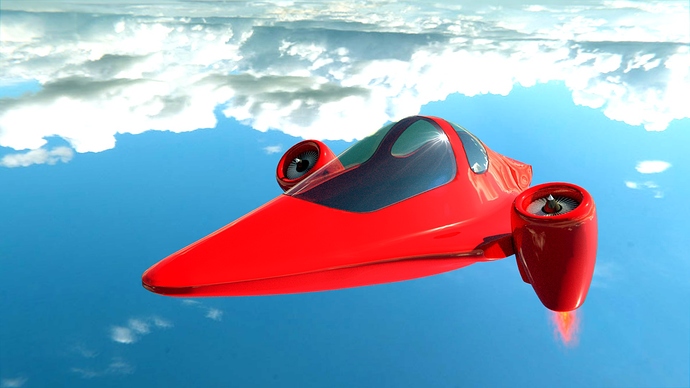 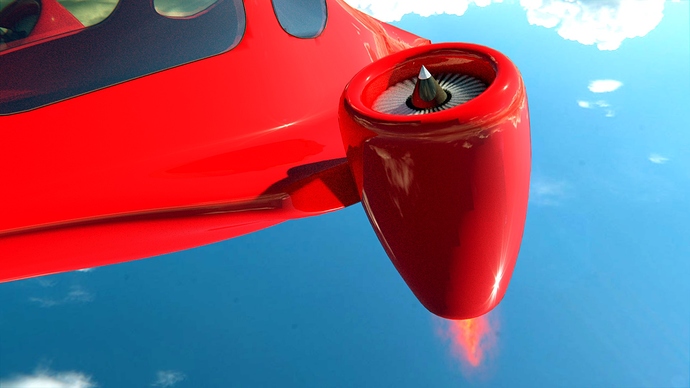 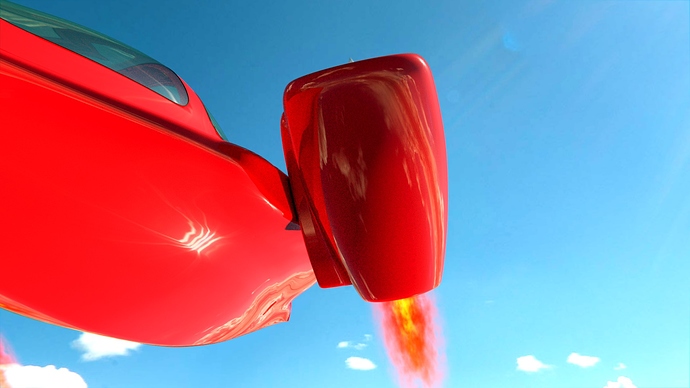 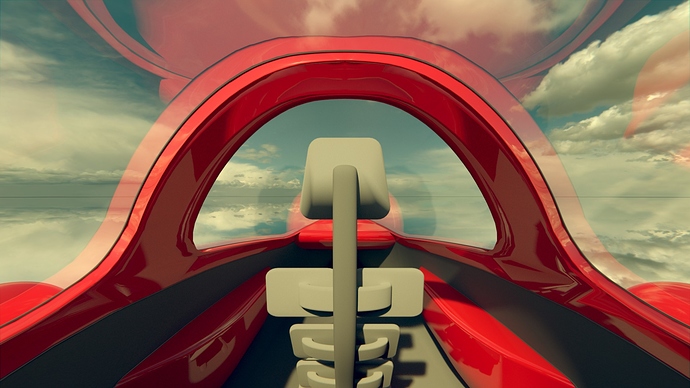 I added some joysticks 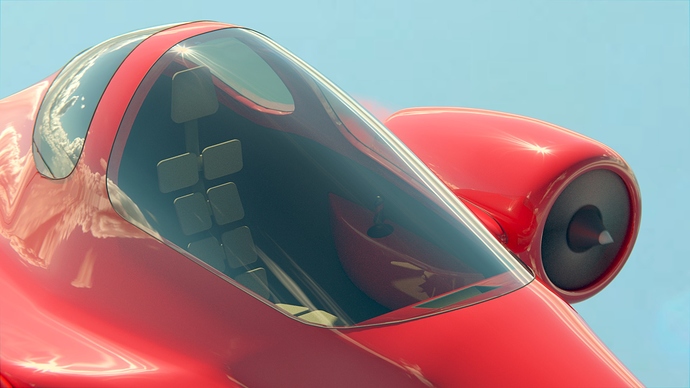 Make it aerodynamic. You should add some wings and a third engine in the back to assist in forward movement while the side engines are in hover mode. You should also add some cover to the engines to protect them from debris.

You said it’s a spaceship. Why does it use turbojet engines instead of rocket engines?

Fancy modeling dude. I like the glossy metallic paint and the glass material too. Can you share the node setup for the glass with us? I’m modelling an helmet for my powered armor character and that glass material would look nice on it!

Where are you suggesting I add wings? 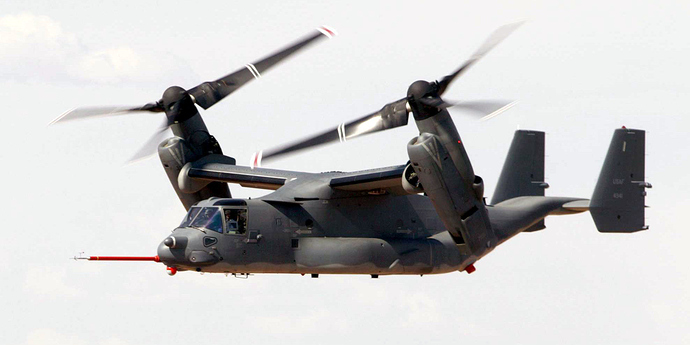 You’re saying put a grill over the engine intake? If a goose hit that at mach 5, it would simply chop it up before entering the engine…
I put Turbojet engines because I didn’t think a rocket engine would look as appealing.

The glass material is actually quite simple, it would look very boring without an HDRI environment. 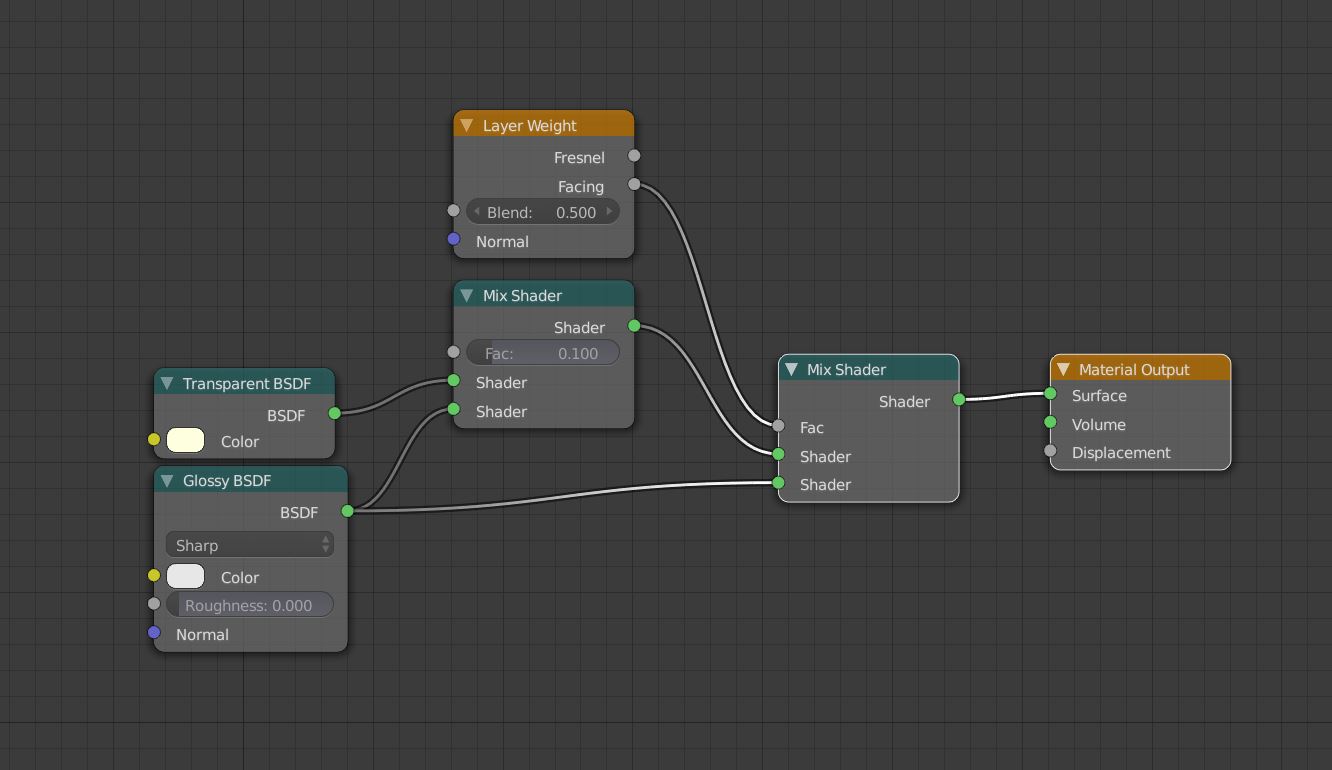 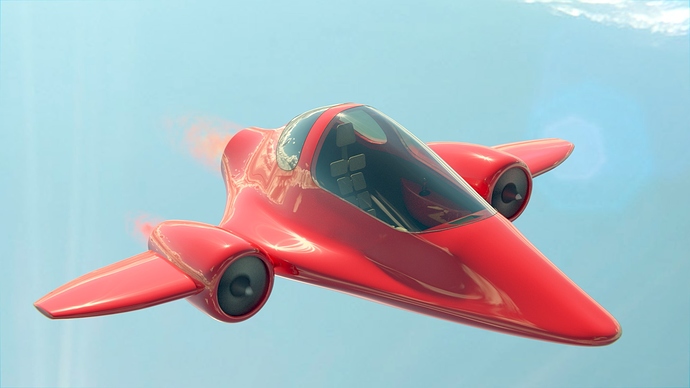 It looks much better now. It kinda looks like a flying Ferrari!

The engines are fine and yeah a rocket engine is boring. I thought the glass material is complicated when it’s just simple as that.

I think i’ll continue with the antique vibe 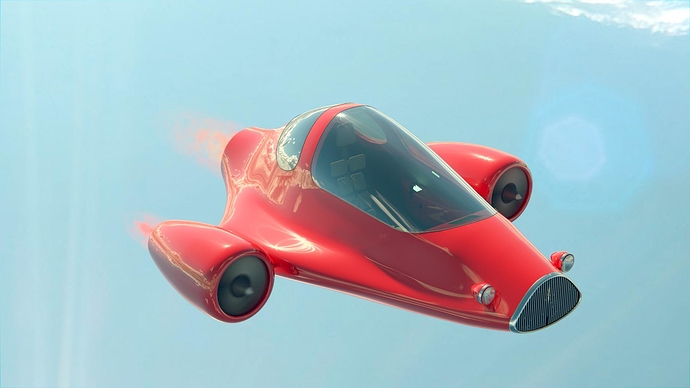 I remade the joysticks 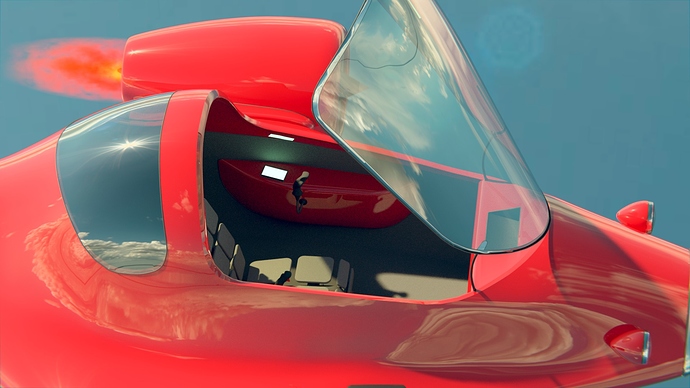 Just my 2c, but I would add some paneling as it looks a little too smooth.
As it stands now, there is no way to actually construct the spaceship. Usually, as on a car, there are parts that are joined together with small seams, which breaks up some lines and accentuates others. For a small (probably mass produced) spaceship, I would expect certain parts to be replaceable - otherwise you would have to replace the whole thing for a small dent (think of the poor insurance companies!).

I have to say that I liked the design from post #5 the most. It had great proportions, and I liked the pointy nose.

I’m still working on the whole body shape, once I get it how I like it I’ll probably add seams.

I added some doors, I think i’ll redesign the front at some point. 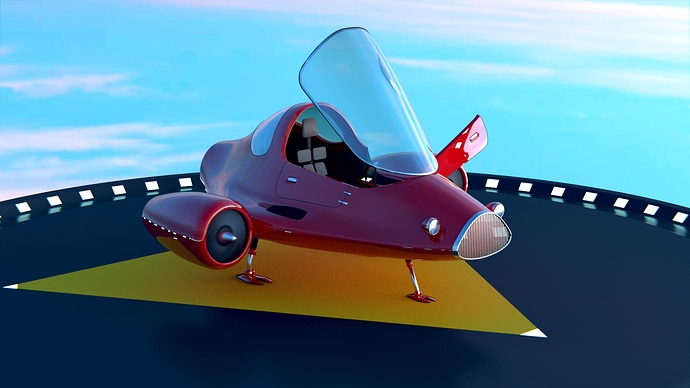 A render of it landing. 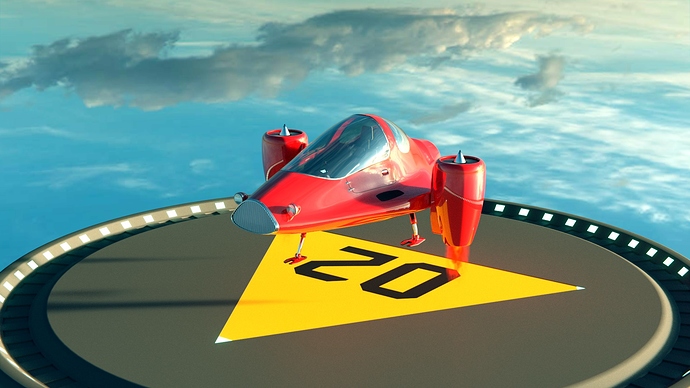