Walking on a surface

How can i make my character walk on a simple surface (like a plane or cube) in the game?

here is a example blend…

I’ve rigged my character so it can walk. I put in a stride bone as well. I just dont’t know how to make him walk on stuff. i still get the “treadmill effect.” Gimme a minute ill post pictures…

so… he’s not moving on this plane i’ve set. Hes just moonwalking on it. His feet move but he stays in place.

Here’s the set up… 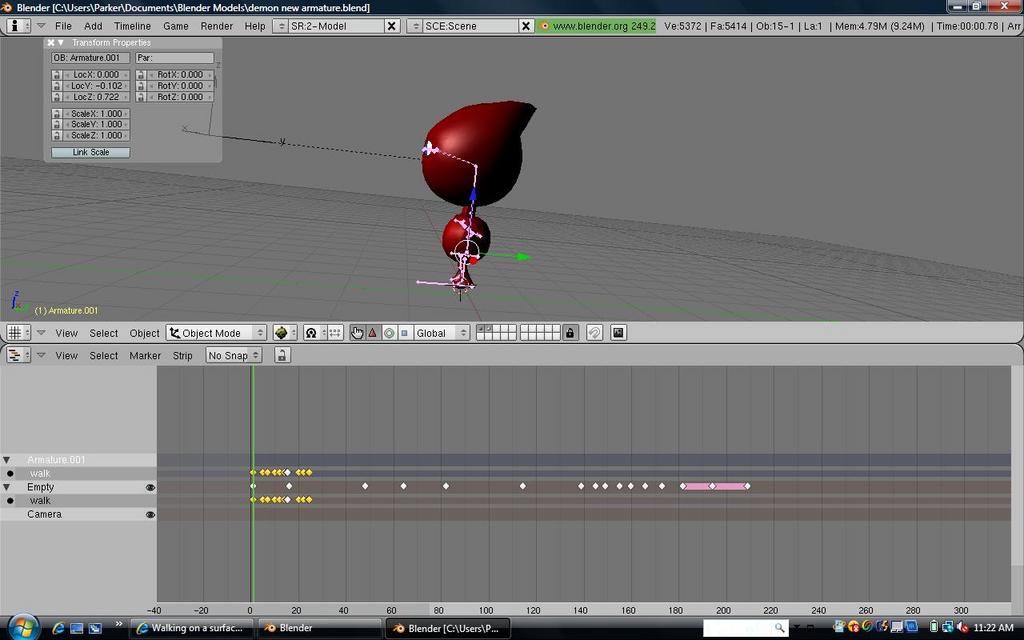 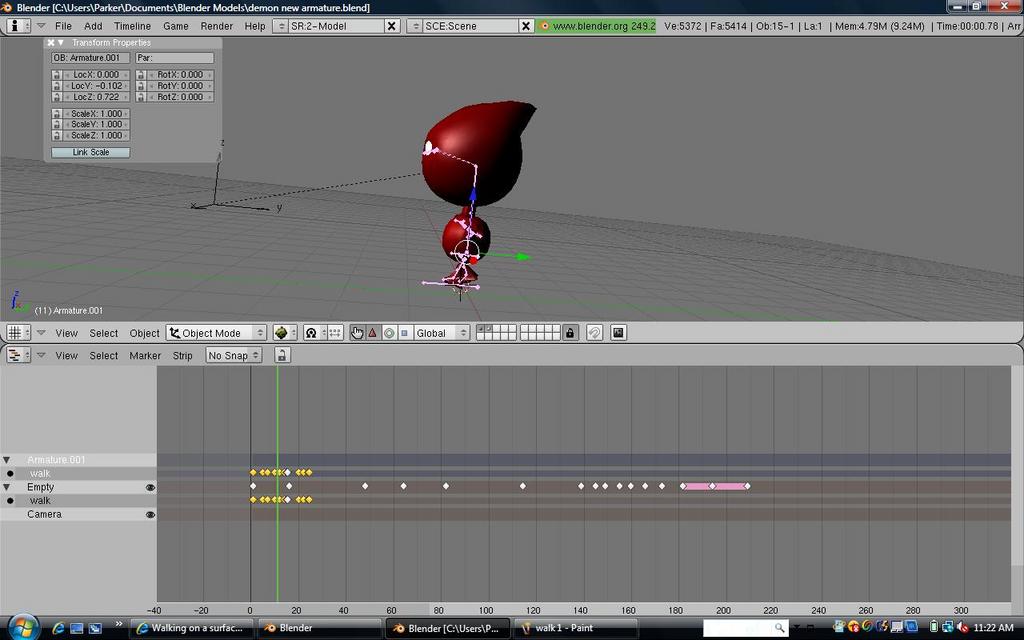 and here’s where he just moves his feet in the game. 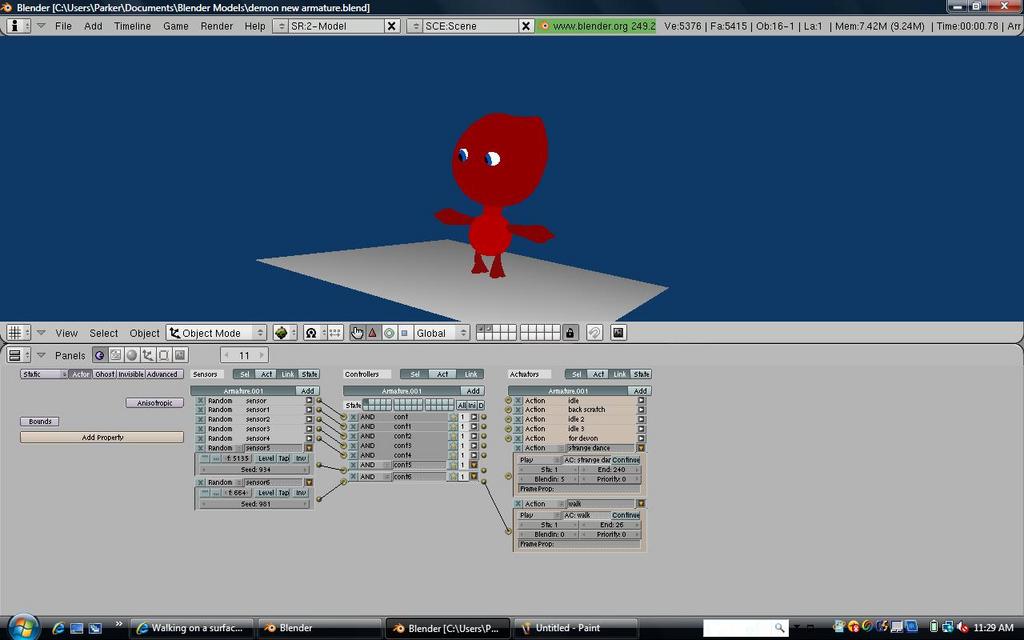 Parkeleemiller, I’m really sorry if I underestimate you…
Did you add a Keyboard sensor and a motion actuator? xD

In a game, you make a cube (for walking) an armature (for movements of the limbs) and a character.
You make the cube move and parent the character to that cube. (Select armature, select cube, press Crl + P).

Its because you don’t have any motion actuators. Its just actions. In the game engine you can only simulate walking, not actually physically do it.