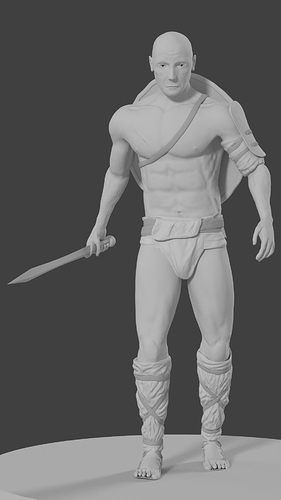 The torso area is the only prob. I suggest you cover it with armor to hide the imperfection.

Thx for your reply! I won’t hide that part with armor and stuff because I think this would be the wrong way to solve this problem 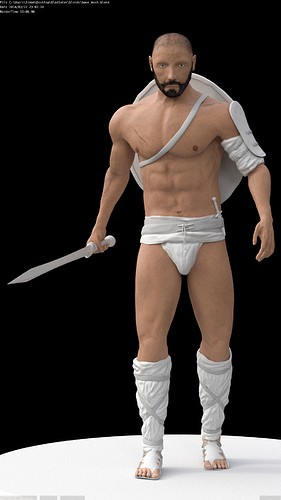 Looks good! The thumbs appear a bit wonky, but what I’m really curious about is the edge flow - can we see some wire frames?

I think we need to see a close up of the face.

You should make his Underarms and Hands a bit thicker. The knife on his belt seems a bit too small to fit in his hands and the armor on his shoulder could be bigger. Maybe take a look a some gladiator images.

Isn’t the head too small for the body? might be the pose?
Head = Front
Legs = Front
Torso and Stomach = Twisted

And the smallest dagger ever?