B.t.W. thanks to Excalaberr from whom I accidently stole the Texture-Image for the Reflection. 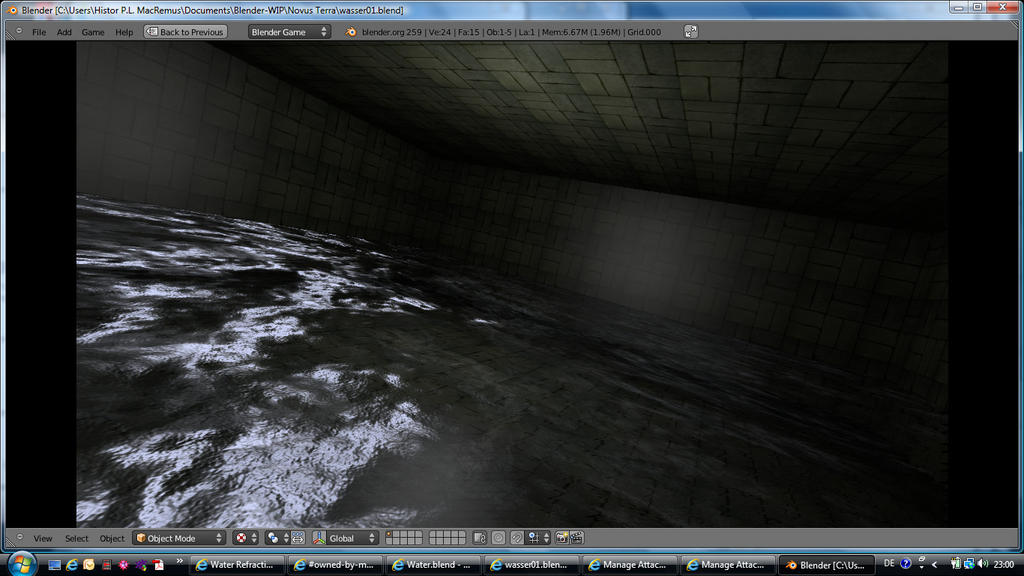 Very intresting C.A, it would be awesome to implement such a thing on just one scene, other than have ot use a second scene for the effect, other than that, this is very cool!

It doesn’t work for me.

I have an iMac.

very cool, if you could make the water also reflecting what is above of it it would be perfect

I really needed this, thank you. .

But ir refracts that is the idea.

Reflection would be rather easy – VideoTexture, Mirror, GLSL Material with Normalmap distorting the Mirror – see Vittor Balbio’s Water Shader.
Though short ago I have seen a Video of someone who has managed ~Refraction~ with VideoTextures. Must study that! °0°