I’ve been using mostly metric for scale but I started setting up a default imperial measurement file to load when I’m working with imperial measurements. I don’t know what I’ve changed, but when I added a cube, it has a wavy effect around the edges: 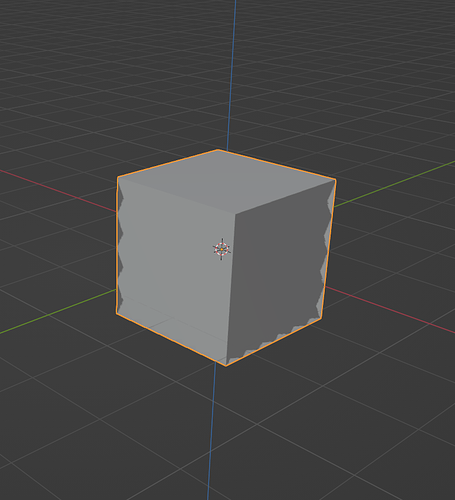 What’s going on to make this happen?

Looks to me like some sort of camera/face clipping.

Impossible to tell with so little information though.

Upoad a file with the problem, and solutions may flood in!

Looks like Z-fighting on the edges to me. I can reproduce it in the default startup when setting the viewport camera’s “Clip Start” to something very small like 0.00001 m.
Maybe you changed that during the setup of your file?

I did use too small a value - I was trying to do it from memory from what I had in the metric files.