My entry for the WC. Straightforward. Tell me what you think. 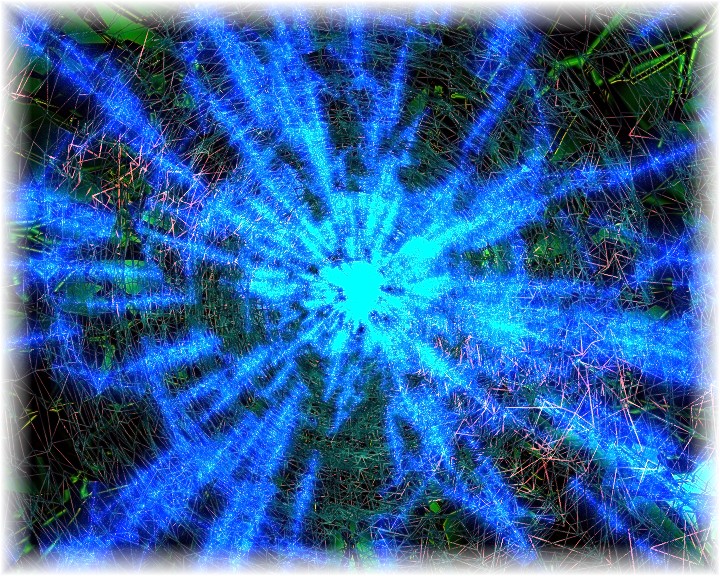 SWEET! I assume for the wireframe, you used a tube with subdivide and noise? man thats inventive. I like the blue flare too.

Change the white border to black, it looks really ugly.

Otherwise it’s a nice abstract, although there’s no depth of vision, try making the flare black in the middle and then fade to blue on the outside.

zachboy, it started off as two tubes that narrowed to a point. One was vector particles and the other was randomly subdivided. I was trying to get a warp tunnel look so I added surface donuts, didn’t like them, converted them to mesh, randomly subdivided, and set them as wire frame. Turned out better than I thought it would.

Wiggie, yeah I’ll probably do away with that border. I was trying to fix the image because the file size was too big, added the border, forgot to get rid of it before loading it on the web. My site is terrible for image hosting. Took me like twenty minutes just to get this much up. But I’ll be getting rid of that border.

As for it fitting the topic, I just wanted to create a feel. I was looking to have it as though one was peering through the space-time continuum or something (yeah, I know thats pretty out there.) Didn’t capture the effect very well from what you said, but hey, I got better things to do.

guys…i asked that like…billion times: HOW DO I DO WIREFRAME!!!