just a small one, but the link at the top just goes to gumroad.com

Any chance this could be expanded to mirror seams and uv’s as well, without changing the Vertex Order? I often get meshed that have been rigged already that I have to re-unwrap, and the addons I have that mirror can often fail. Having some manual control in the matter would be super helpful!
Vertex Location would be great as well, come to think of it. There’s a ‘snap to symmetry’ command, but it fails on a lot of common scenarios…

how to display the bones like they are in the last video?

I made this script (it may slow down the vieport since opengl drawing with python is bit slow): 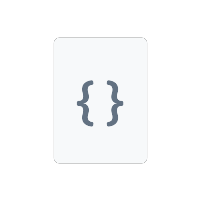 seams and uv’s as well, without changing the Vertex Order? I often get meshed that have been rigged already that I have to re-unwrap, and the addons I have that mirror can often fail. Having some manual control in

I think you could use build in Data transfer modifier for uv mirroring. But it would require UV half of mesh, duplicate, mirror it, and then use this mirrored duplicate as source mesh for data transfer.

About vertex snapping for mirrored mesh - blender build int Snap to symmetry should work ok if you play with its F6 props, and increase threshold param. Or you can use steps from above, and use mirrored duplicate, as source for shrink wrap modifier on original object.

This is very cool and i will try your script, but I was intrested in the actual bone’s display… Never saw them drawn like this

Ah, the bone display is the - envelope type. With Armature draw type set to wire.

There is already working version for blender 2.8 on gumroad. Most features should work.

Hi,
Awesome addition to the workflow! Reminds me a bit of Softimage

Just a quick question, is there a way to get a spreadsheet like overview of all weights and bones?
Or is this not possible due to limitations in the Blender UI?
All implementations are always in those sidebars, and no popup windows, or dockable view for more ‘stuff’.
Like a Light manager for instance too, it’s hard to get all data into such a small vertical area.

Does it support blender 2.8?

There is already working version for blender 2.8 on gumroad. Most features should work.


It is not that fast because of python.

Excellent addon. Does it still conflict with AutoRig Pro? I think I saw you mention it on the ARP thread.

It should work ok with Autorig. I made some fixes to WPTool that should make it compatible with ARig, but I myself am not using AutoRig.

Thanks mate. I just bought ARP yesterday so when I get into it I’ll definitely try out this addon with it.

Using your tool to Smooth Weight on selected vertices. Options appear to (MMB) to choose number of steps to repeat, or (MMB+shift) to Expand, etc…

There is also an ption to turn on and off (N)ormalize, but pressing N doesn’t seem to do anything.