Look at this screenshot, it makes it look like I missed some spot at the weight paint process but I tried to paint all round the edge that doesn’t move along and it doesn’t work, any other ways that could help me out? 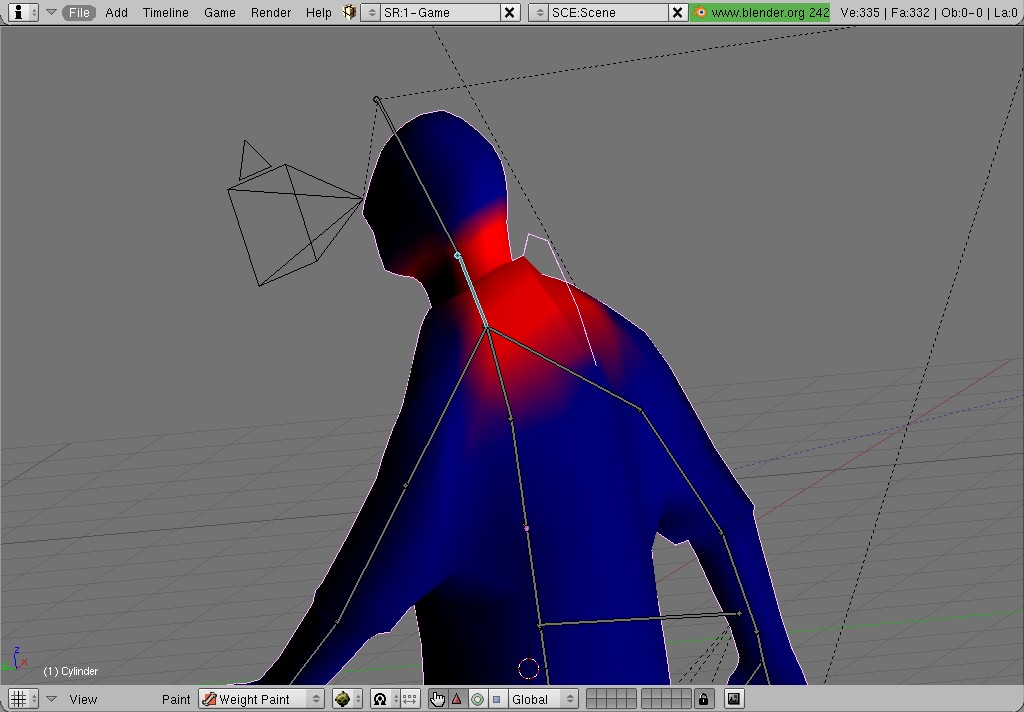 If you mean the black area on the neck then that’s just shadow. Move the screen view around a bit and you should see that it is painted red too.

If it isn’t responding to the armature then that’s a different issue and you’ll need to explain in detail what you mean because a still picture doesn’t tell us much.

it does but u should look a bit better 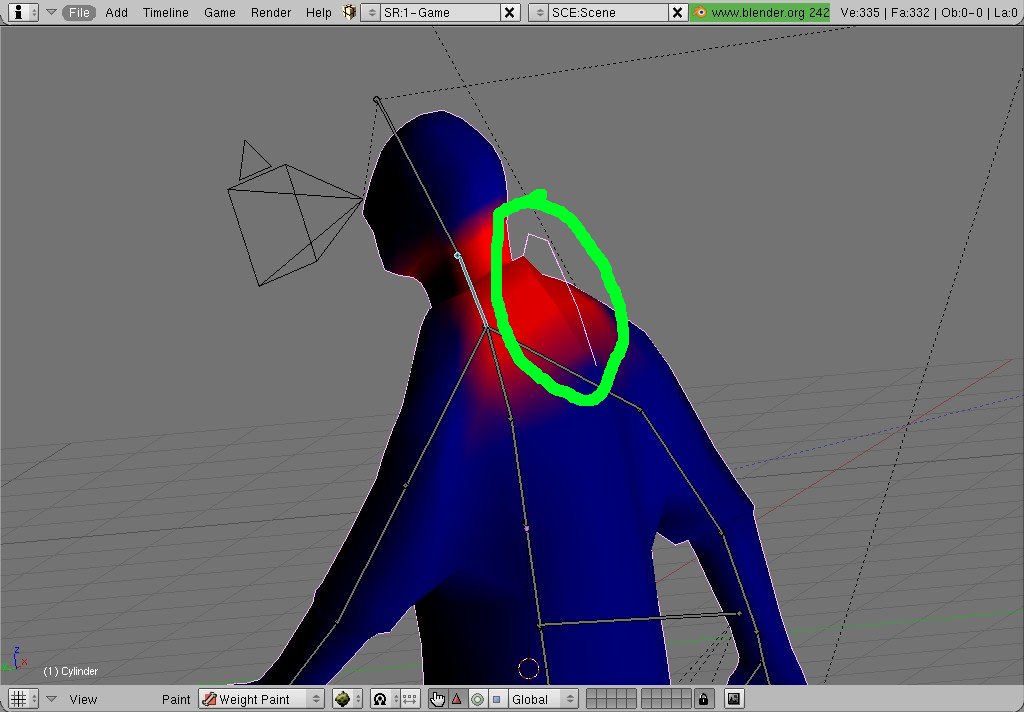 You can’t weight paint something like that, it only works on faces and there are no faces attached. You’ll have to go into Edit mode and add the vertices to the vertex group manually. But why do you have an isolated edge sticking out of the mesh anyway?

this is when character is walking and it LOOKS like i missed a vertice but checked to make sure i didn’t, but the ain’t no vert around there I think it’s just some weird bug :S

I doubt it’s a bug (I’ve certainly never seen anything like it before). It looks more like you accidentally duplicated some edges while modelling the character. Can you post a blend file anywhere? If it’s a bug it looks pretty serious and someone should be advised pretty quickly.