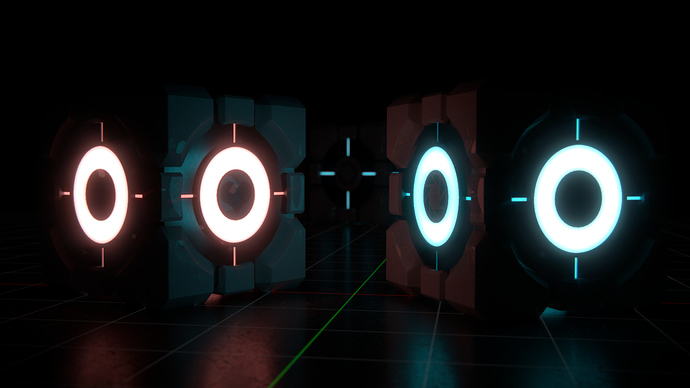 First off, obviously these cubes are originally from the video games Portal and Portal 2, the design belongs to Valve et cetera.
Secondly, while the design IS from Portal, the models are not.

I made those entirely from scratch back in 2011 (bar the Companion Cube, which I added yesterday): 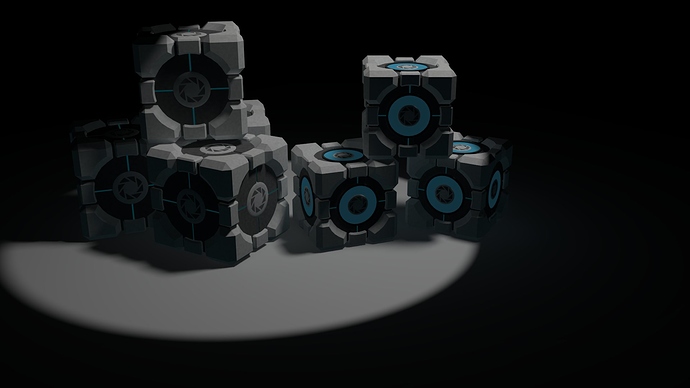 Back then I thought this render was the bee’s knees. Silly, twenty-year-old me. Found the model file in a backup folder on my external and scoffed. Blender Internal?, I thought to myself. It’s like a baby’s toy! So I converted it to Cycles, bevelled it to hell and back, and added some nice PBR materials.

Yes, materials. No image textures were involved in making these, even the Aperture and Heart logos are in-mesh. Ludicrous in hindsight, but five years ago I thought that was very clever. 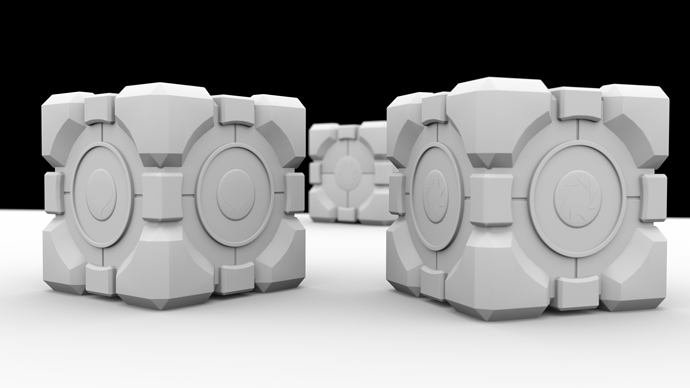 Just the AO pass, this one. I thought it looked pretty in its own right.

And finally there’s one where I took out the diffuse passes, I thought it was kinda neat but I can only do three attachments so here’s a link instead: Beep.