What am i doing right? 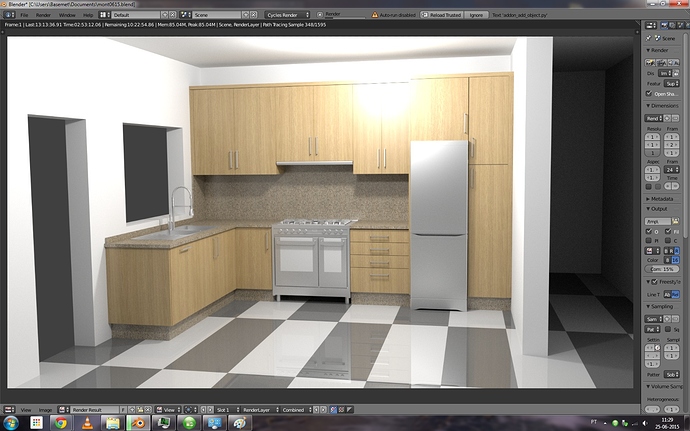 This is a good start.
The light you have is way too strong, you can see how it creates a white spot on the cabinet. Plus, the light comes from nowhere: add a lamp! Some light should come from the window.
Where does the door on the left lead? Probably on the outside. Add a door and a window and use an environement texture.
On the right, detail is missing, add a door, a frame on the wall, details.
Details are the key. The refregirator needs magnets, things like that. Some fruits maybe, on a table in the middle.
I would advice looking at references images, you’ll see what your image is missing.
I would say the floor looks weird too, the tiles should probably be squares.
But it’s a very good start!
Don’t forget that the job is not done when the render is done: post-processing leaves you with a lot of tools to make your image better: adjust contrast, saturation, etc.

its missing imperfections too… things look a whole lot more appealing when theres some variation, maybe in the form of some dirt, or slight variations in the grain on the doors. and of course, as elbriga said, try some “junk”
such as fridge magnets, unwashed dishes, a fruitbowl, a pan on the hob some dirt near the kickboards… in general add some clutter.
things always look more realistic when they’re imperfect.

even if this is a archvis for a kitchen design company (an image which will be shown to a client in order to help them choose a new kitchen), the kitchen will want to look slightly “lived in” so people can get an idea of the overall look, rather than a sterile “blueprint” of the layout… as a kitchen designer myself I found it useful to have a folder full of “junk” items which can be easily linked into whichever kitchen im working on , to improve workflow and speed up the design process.

I agree with what’s been said, regarding HDR lighting outdoors and imperfections and little details. A small point, but you could probably reduce any “white spots” you get from your lighting by changing the falloff settings of the light

Thanks for your post elbriga I know that I should add many more details but i didn’t really put much time on this render. About the environment texture how can i get/make one? I will publish a new version soon:) 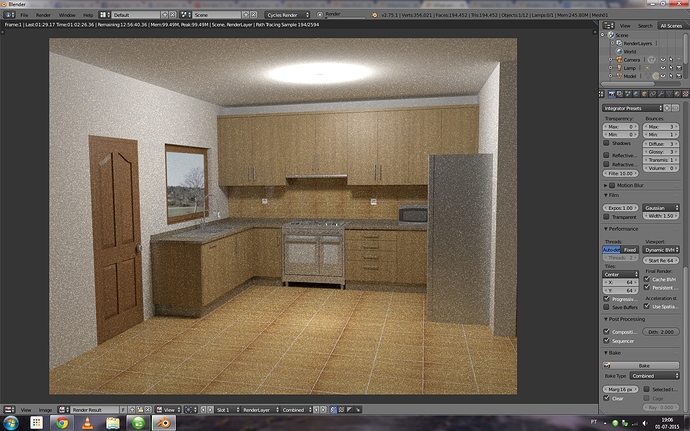 There is the new version with some modifications(2594 samples… It had too much noise):
[ATTACH=CONFIG]387257[/ATTACH]
…and now I’m rendering this:
[ATTACH=CONFIG]387258[/ATTACH]
Lgowans you are right but this is for my dad’s kitchen making factory and with my experience it would took days to make a lived in look.
moby1kenobi I don’t know how to introduce falloff in nodes. (where would i connect it?)
Last but not least thank you all for your posts

sry there are the attachments 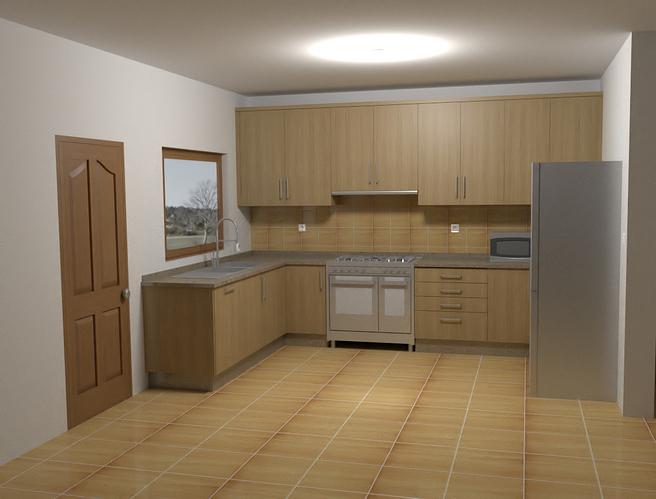 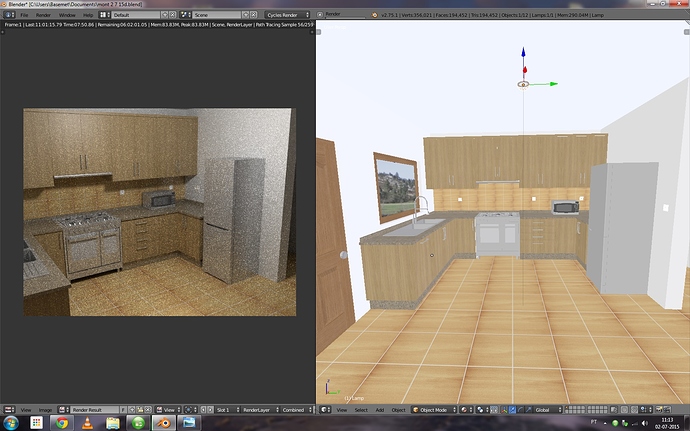