What do you think about this video card? 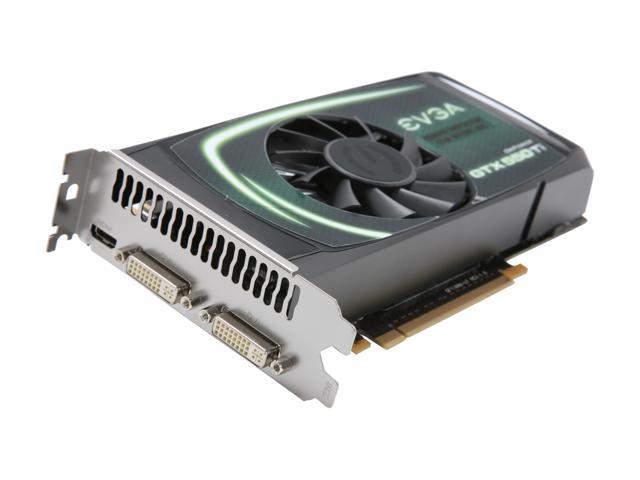 With GPU rendering Im not really looking for speed but being able to handle large scenes and big textures in the view part, etc.

Also what computer case would you recommend for maximum cooling but not over 150$?

I thinks it pretty good. Technology has progressed quite a bit in the last ten years, so gamers and renderers alike get better value for their specific needs.

I think its good as well. Yeah its crazy how much technology has advanced.

It would be a good start. Shop around, though, before you commit to buying this card. I’m sure you’ll find a better price.

the advance is crazy! i played some pc games with a friend yesterday and i was really blown away by the graphics! i play mostly browser games like world of tanks or family guy online where you don’t have advanced graphics, but this was a whole new dimension to me!!

Yeah ill keep looking around for sure.

I haven’t even got to play any of the newer games, besides bfbc2. battle field 3 looks insane.

+: Cheap, superb airflow, ready for H20 cooling, 10! cardslots, so you can fit a tripleslot card in the bottom PCIE of a mainboard.
-: No USB3.0 connectors (maybe in a later revision)

The more expensive and only alternative: Coolermaster HAF-X, where HAF stands for Hyper Air Flow.

Hi. I have XCLIO Windtunnel. I like those big fans on it. They keep my system cool.

Those hummer cases look good and so does that windtunnel, but I think im leaning towards the cooler master HAF 932 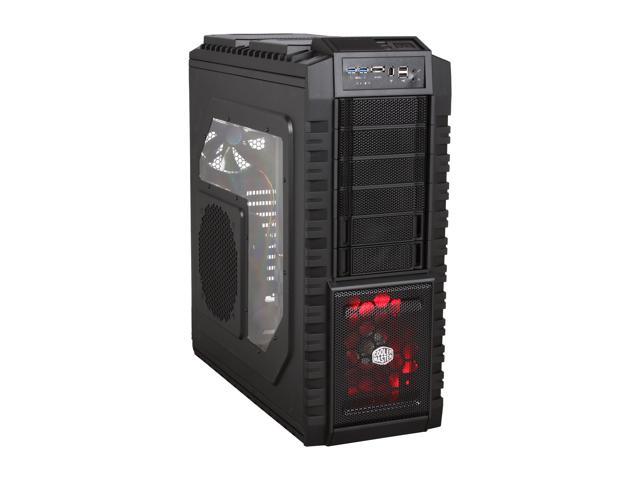 Those hummer cases look good and so does that windtunnel, but I think im leaning towards the cooler master HAF 932

I don´t give a damn about looks really, for me it´s the functionality and production quality that counts

A think that bugs me with all the cases are the ridiculous windows. A computer case is made of metal for a reason, to keep the computers HF radition inside, and to keep interfering HF radiation outside. So unless those windows would be like a microwaves window, it´s leading the function of a metalcase “ad absurdum”.

The HAD932 is very similar to the HAF-X but lacks for instance the amount of cardslots. If you ever intend to use more than 1 graphics card, unless you find a 1 slot card, or use H20 cooling, you´ll regret it.

I came into using a Radeon for viewport, 2.5 slots and a GeForce for CUDA, 3 slots. My case only has 2 slots left from the bottom PCIe-x16 slot, so I had to disassemble the whole case and take out the bottom plate to fit the card in.
I was just lucky my case is not bolted but assembled with screws. My next case will have plenty of room.

Personally I think you have to chose a case with a lot of farsight and one can spend a bit more of money.
Usually a case houses a few generations of graphics cards, mainboards and processor generations, the case is one of the components you got longer.

On the other hand, who´s to say that there isn´t USB4 next year and your USB3 panel is obsolete? So you could also buy cheap cases and a new one every year.

But I don´t like to move the whole hardware to another case regularily, redo all the cable management and fan controller settings. I hate when cases start to rattle because they are produced poorly, or if you cut yourself at metal edges because the metal sheets where not smoothed after punching, or often enough when components don´t fit because the whole box is skewed due to chinese production tolerances

So I guess all I am saying is the choise of a case is almost as important as all other components.

I completely agree that the case is just as important as other parts. Im not going for looks ether,(well maybe just a little

im going for large fans, large space and good cable management. H20 cooling as in 100% water cooling or just anything?

Dihydrogen Monoxide (DHMO) is a colorless and odorless chemical compound, also referred to by some as Dihydrogen Oxide, Hydrogen Hydroxide, Hydronium Hydroxide, or simply Hydric acid. Its basis is the highly reactive hydroxyl radical, a species shown to mutate DNA, denature proteins, disrupt cell membranes, and chemically alter critical neurotransmitters. The atomic components of DHMO are found in a number of caustic, explosive and poisonous compounds such as Sulfuric Acid, Nitroglycerine and Ethyl Alcohol. It´s water.

…Ya lost me. I meant water cooling all the components, all I plan on cooling with water or H2O or what ever is the CPU. and I doubt ill ever run 2 GPU’s. I’m choosing the 932 case cuz its fits my needs. and if it doesn’t work for me ill buy a better safer all metal case some day.

I don´t give a damn about looks really, for me it´s the functionality and production quality that counts

A think that bugs me with all the cases are the ridiculous windows. A computer case is made of metal for a reason, to keep the computers HF radition inside, and to keep interfering HF radiation outside. So unless those windows would be like a microwaves window, it´s leading the function of a metalcase “ad absurdum”.

So I guess all I am saying is the choise of a case is almost as important as all other components.

I hate the fact that (a) every case has to have windows on it, and (b) every case has to have 2,497 LEDs. I’m not shooting YouTube videos of my damn case, I just want one that doesn’t suck and gets the job done. Cooler Master makes some really good stuff, as noted already. Yes, good cases are expensive… but the benefit that you get from it is well worth the extra few bucks.

Yeah ! its pretty fantastic to use even.I am sure every one gonna love it.

I went ahead and bought this case

Thanks for all the help Arexma, iv’e learned a few things from ya.

Everything is arriving in 2 days, ill post a reply here when I got it all put together.

Thanks for all the help Arexma, iv’e learned a few things from ya.

Always glad to help.
I spend a good time researching and keeping up to date with hardware and it´s not easy to stay informed and objective.
I am always happy if someone takes my advice, becaues it really hurts to see if someone wastes his money on stuff that´s only hyped or propagated to be good and in reality isn´t, or people just think something is good because they don´t really know

Yeah I’ve been seeing that a lot on newegg, people buying stuff without researching and it ends up junk or not what they wanted. Then they leave a horrible rating and say there never buying anything from newegg again.

Well… I got it all put together and booted the pc up everything seemed fine but the monitor was not getting a signal, so I mess around with the video card, tried the on board one, nothing. so I unplugged the new ram and it worked. no idea why that would cause that…

So I put in my all my old ram boot it up, check the temps and the CPU is running at close to 80c! So I Flip out and shut it off real fast. And know iv’e tried almost everything to get it to run normally for more then 10 mins, once I got it to run at 30c for close to 10 mins but it started rising and at 70c I shut it off. and another I got it to run perfectly at around 28c until I rebooted it, checked it again and its at 98! so now im afraid I may have done something to the the CPU.

I have to more things to try, getting a 3/4 pin to molex adapter and plugging the pump into the PSU or putting in the old HSF to see if it will run fine with that.

It´s possible that the mainboard has problems reading the memory modules SPD to set it correctly. The ASUS board for the Ci5 I have here also didn´t boot. It has a diagnose LED for the memory and a small button on the mainboard you have to keep pressed until the system starts. With that the system boots several times, determining the correct settings for the memory, once found it should work.
Consult your mainboards manual for memory and troubleshooting.

It´s also possible you put them in the “wrong” slots. There are usually combinations of slots and memory modules that work, and some that dont. consult your manual.

Reference cooler?
What CPU?
What cooler?
°C or °F?

You removed the plastic wrap from the bottom of the reference cooler before installing?
Did you properly apply thermal compund? Too much is also bad.
Are all the pushpins closed properly?

Don´t worry, Intel CPUs have a thermal throttle and shutdown. They should throttle their speed if they get too hot and turn off in case of emergency.

Ah, the lst sentence… pump. you´re on watercooling. Is it a selfassembled system, or a closed R2R system like Corsairs H20/60 whatever?

Did you properly vent the cooling liquid? Air in the liquid causes bad results.
Is the pump running properly?
Usually you should test the watercoolig circuit before running it with a CPU.
You can attach it to your PSU and jumpstart the PSU up by short-circuiting 2 pins of the mainboard connector:

Shortcircuit the red and green pin with a piece of cable, or a paperclip. You can NOT be electrocuted if you put it in the right pins.
If you´re not certain, maybe better take a piece of isolated cable or isolate the paperclip with tape.
If you choose the wrong pins the worst thing is that either your earth leakage circiut breaker pops, or the fuse in the PSU blows.