At this page of the manual:

There is a block of text explain the ‘Area Plane’ using normal of a surface so not to stretch the texture when you are painting/sculpting.

Projects the brush texture along the local surface normal, which keeps the texture from stretching when sculpting on a portion of the mesh that is at an extreme angle to the viewpoint.

The very last part of the sentence it has the following text:

that is at an extreme angle to the viewpoint.

What do you think this extreme angle really mean?

I don’t really know what the author has in mind when he/she wrote this sentence. Could you please verify it for me?

As I understand it, it means something like this: 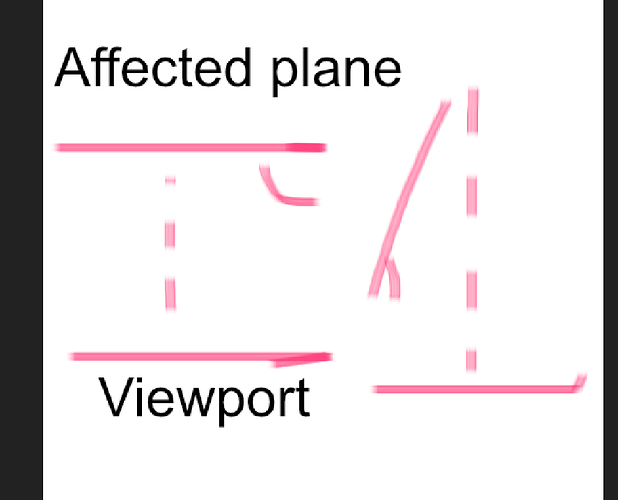 Thank you, so in the following example, which BLUE side is considered to be at EXTREME ANGLE? 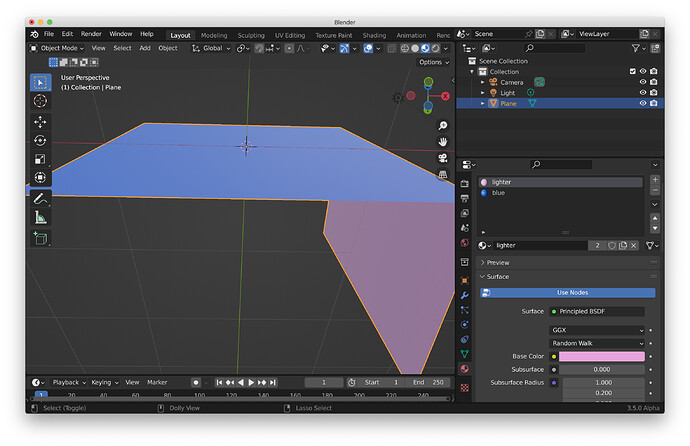 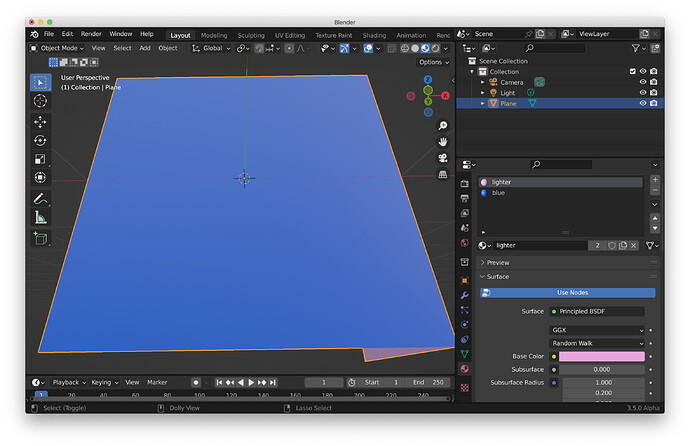 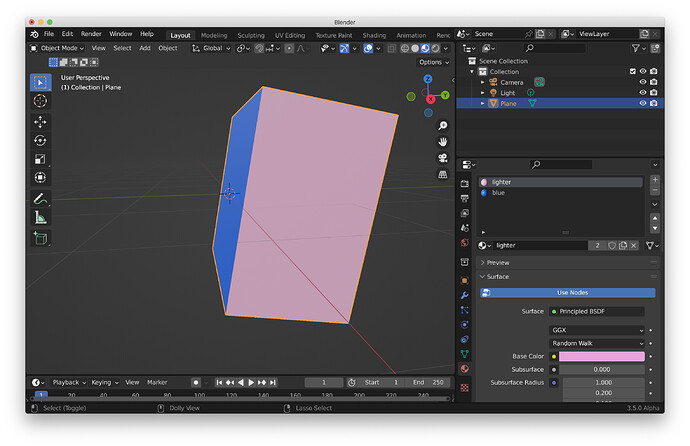 Think of it as any surface that isn’t roughly parallel to your eyes when you’re looking at it. The more it’s angled away from your face, the more extreme the angle is.

I’ve seen the term “grazing angle” being used in the context of material authoring to signify surfaces that face perpendicularly to the view vector, so that the dot product of view vector and surface normal approaches zero. Maybe “grazing” would be a better choice of words.

I’m inclined to agree, “extreme” is far too subjective. I’ll add to that my (long) list of patches to submit for the documentation (I’m waiting for the migration to complete, because it’s an actual nightmare getting anything done right now)

Faces perpendicular to (or angled away from) the viewport would be the most straightforward definition here. Though I think having a few shots alongside the descriptor illustrating exactly what it’s talking about would help tremendously.

What a great idea. I would love that too. Nothing can be argued with a picture showing exactly what you mean.

The manual is migrating ?

The backend for it is moving over to Gitea from Phabricator, which will make submitting patches much easier