What happened to Jeremy Hu (Dust3D developer), is he OK?

This may seem an odd question and an odd place to ask - but does anyone know the status of Jeremy Hu, the developer of Dust3D and AutoRemesher (among other things)?

He’s the recipient of an Epic mega grant so I assume they’d be interested/concerned about his status. And I found his AutoRemesher easier to work with than Blender’s Quadriflow remesher so I think the Blender community should be interested in whether the development of AutoRemesher is essentially over.

It does appear to be dead - looking at the AutoRemesher commit history, it looks like the last real commit happened on September 26, 2020 - there were some further commits after that date (the last one on April 17, 2021) but they were just to add people to the SUPPORTERS file.

Similarly, his last tweet was on March 14, 2021 (thanking someone for sponsoring him).

I can’t find any further evidence of him being active anywhere since April.

I’m not trying to hound him or push him to continue development. I’m just interested to know what the status is.

If he’s had a burn-out or needs to take a break from development for whatever reason he sees fit, of course, that’s his prerogative. On a personal level, I hope he’s well. He was an interesting voice in this space.

You might be interested in this addon, which integrates AutoRemesher into Blender.
Also, while I discovered it only through Dust3D, Blender’s Skin modifier works similarly, and even better, allowing ellipsoids at each vertex instead of just spheres.

You can find his contact info on his github profile: 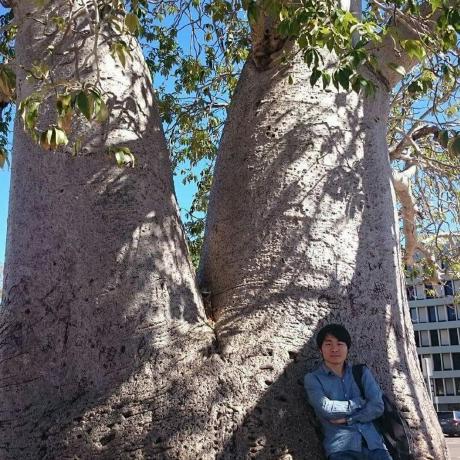 Computer programmer, working on a 3D modeling software as my side project: https://github.com/huxingyi/dust3d - huxingyi

Why not communicate with him directly?

I’ve tried but no reply so far - he seems to have disappeared from the face of the internet. I hope he’s OK.

Yeah sure hope so. Not everybody checks their email or twitter daily, so hopefully a reply does appear.

You’re right Felix - I didn’t give him enough time to reply.

I got a reply from him a few hours ago - I won’t quote it as it was a private email but he does say that other things cropped up in his life but that it’s not his intention to give up on his Dust3D related projects.

If you’re reading this Jeremy, I wish you all the best and apologies if my curiosity, about what had happened to you, seemed like nosiness.