What if everything were small?

I’ve been playing with toon shaders, and the ‘last stand’ project gave me an idea. I want to have tiny little tanks like you find in old video games duking it out among the furniture. I guess its plastic kid furniture for now, does anyone know who to do toon wood? Here’s an image, 4 lights, toon shaders, nothing too elaborate yet. c&c would be greatly apprreciated. Plz remember this is my first foray into toon shading though, so I’m definitely not a pro. 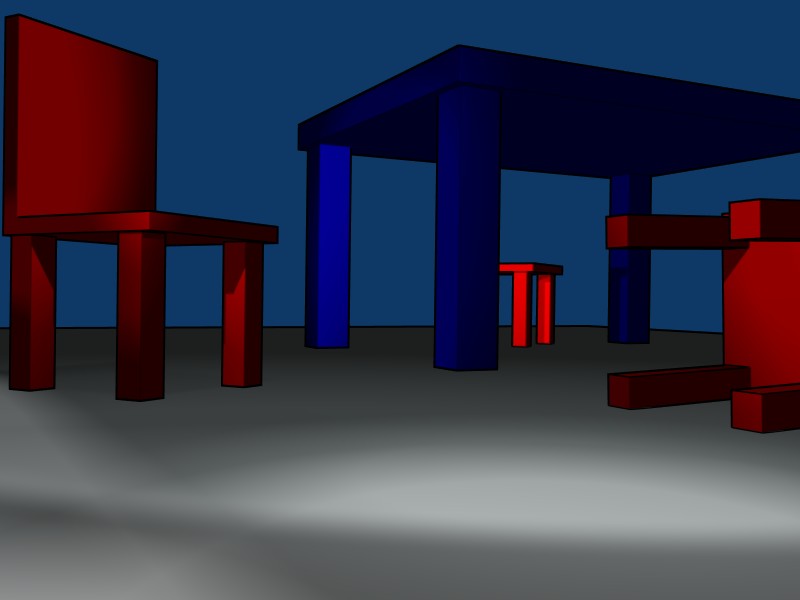 Heres an update. I put some tanks in, just as a thought/scale reference kind of thing… 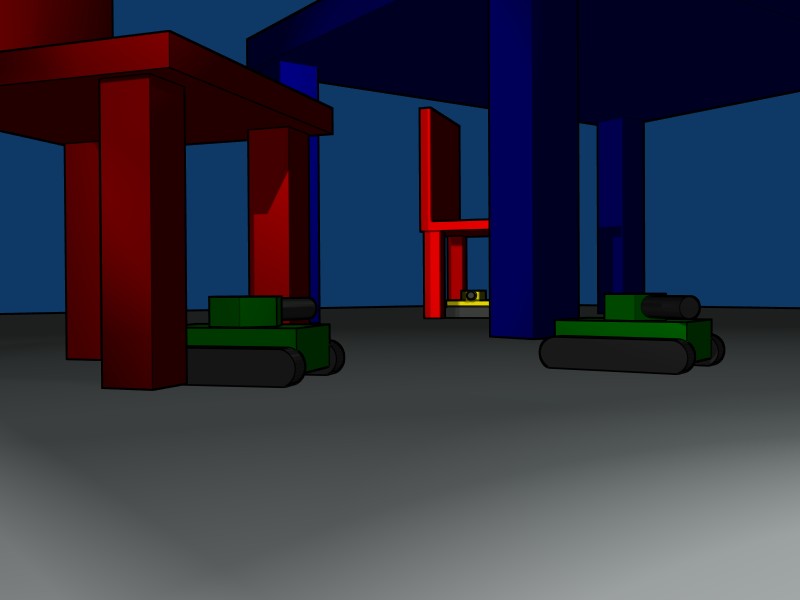 So you’re trying to make a some sort of micromachines scene?

for the toon wood, you could assign a ‘wood’ texture to your furniture’s material, color its Diffuse and ‘Map To’ colors, then apply your Shader, though I would recommend the defaults, since Toon doesn’t work very well with the procedural texture. I just tried it, and it looks pretty good.