What is the best method for repairing surfaces.

My name is Brenda Coles and I’m new on this forum. So do forgive me if I’m asking a question what is already being answered by one of you in a previous thread.

The first problem what I usually encounter in Blender when I’m building an object are wrinkled surfaces. The culprit of this problem lays in my way of modelling, i.e to avoid using the ‘Boolean modifier’ I prefer to merge different objects manually. Not only is ‘alt-M’ a time-consuming method to merge objects but it is a pretty hard job for me to keep the amount of loop cuts in check. So if any of you knows a good alternative for the ‘Boolean modifier’ I will be the first who wants to hear about it.

The above mentioned wrinkles are highlighted in the pictures… Due to the high number of edge loops it seems an impossible task to me to get rid of them manually. Sometimes I use the ‘smooth brush’ in the ‘sculpt mode’ to soften them. The snag is that the ‘smooth brush’ seems to shrink my object. I like to learn about the best way to smooth out a mangled surface without disfiguring its shape. 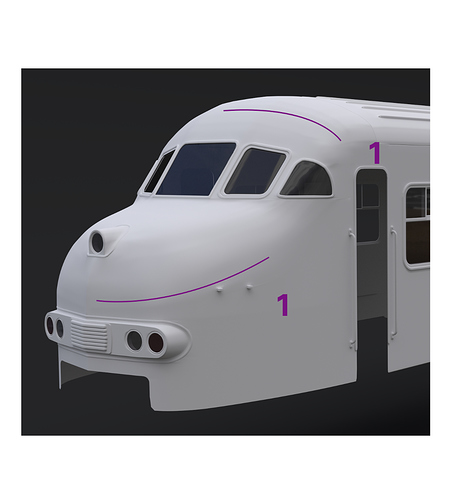 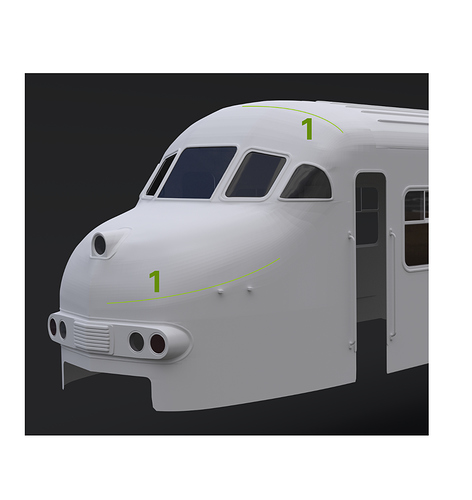 I hope that there is anyone who can help me out. I will be very gratefull.

Could try making a base model that has the correct forms and then make existing surfaces conform to that. Maybe use subdivision surface and snap control cage vertices on the existing model with face snapping or shrinkwrap modifier, that model would then hold the forms and silhouette. 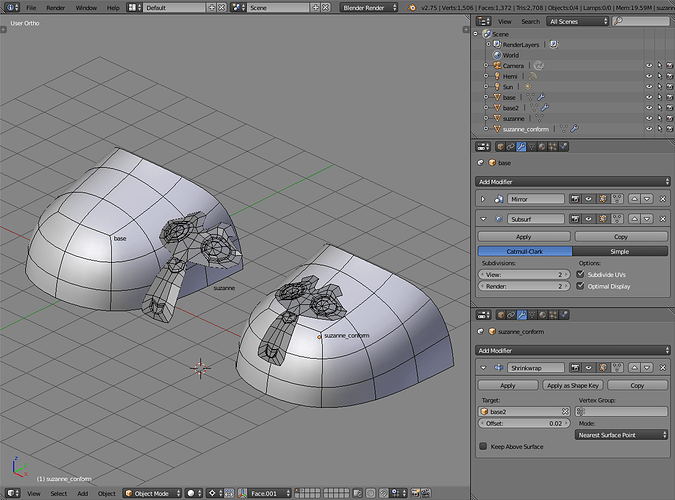 From left: smooth form with subdivision surface, suzanne mesh that doesn’t follow the surface at all, and suzanne mesh conforming on the base surface with shrinkwrap modifier.

Shrinkwrap modifier could use a vertex group and then only vertices in that would move. Could also use multiple modifiers to get different conforms and offsets.

Btw. you don’t have to post pretty pictures when asking questions, they only have to relay information. Screenshots of the whole Blender interface do that better. It’s also usually necessary to see the model structure with modeling issues and easiest way to show that is to post a .blend file, which is also nicest way to see the forms and to produce visuals for replies.

Thank you for your helpful response… I will put it to good use.