What renderfar manager do you use?

I´m trying to rebuild our workflow pipeline, but there is a thing I can´t fully solve, the renderfarm manager.
Blender´s simple network rendering capabilities does not fill the gap, and I’m trying to find something better, I tryed Afanasy in the past, but it’s configuration feels clumky and not very solid and it’s GUI is awful.

So is there something more that any of you use as Renderfarm Manager?
(Backburner is out of discussion, we don’t want to have a single drop of Autodesk software installed if we can avoid it)

I’m not sure about Flamenco because it’s a bit hard to install and configure it in it’s current state I t’hink, plus I’m not sure it works on windows.

Could also fit in “Other Software”. If you’d like me to move it there, just let me know.

I’ve cobbled something together using RQ-Python and RQ Dashboard… but RQ workers won’t run on Windows.

You should reconsider CGRU/Afanasy, I’ve used it on various animation production for 3 years now and I think it’s the best renderfarm that you can get in the OpenSource world.
It’s support many applications, it’s easy to configure and install, and also very tweakable.
The UI is a bit rough tho but once you get used to it it’s easy to find what you’re looking for.

I’ll give it another go, but since you are used to it, maybe you can tell me if the major problem I found is solved.

The problem was that when you send a job, the actual scene file is not sent to the node, I mean, you MUST have the .blen accesible in a neetwork share drive instead of that file being distributed by the render farm manager and being stored in a temporal folder as all the other render farm managers does, this way you must have things like textures and such accesible with your current path, but the scenes files can be in the local storage of the workstation.
Not being able to do that is a major show stopper because when you have multiple workstations you cannot have the render nodes accesing the work drives of those stations, and it’s possible that the same scene file is being worked in one station and being rendered for some test in another one.

I asked for a fix for that to the developers and they said me that they though it was not improtant and they were not going to do it, IMO distributing the scene file and storing it in local in a temporal folder managed by the render farm manager it’s pretty important if you work with more people in a studio or with a bigger network.

Here is the link, I was thinking in creating my own prelink tool but I desisted because I could not create a tool for every software I need to use in the farm. 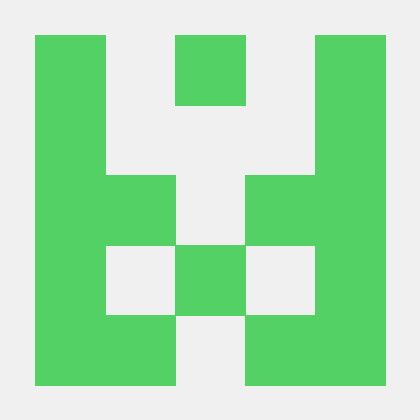 Issue: Request - Send the file with the job

Is this solved already?

To be extra clear, the major problem here is that you have to put the scene file in a shared network drive manually so the nodes can pick it and render it, this is not good at all and was one of the main reasons I discarded Afanasy.

Interesting. I had missed afanasy entirely. Why did they decide to make an own implementation (flamenco) instead of using it?

The problem was that when you send a job, the actual scene file is not sent to the node, I mean, you MUST have the .blen accesible in a neetwork share drive instead of that file being distributed by the render farm manager and being stored in a temporal folder as all the other render farm managers does, this way you must have things like textures and such accesible with your current path, but the scenes files can be in the local storage of the workstation.

Sorry for the late reply !

I don’t think it’s possible. Your files must be shared somehow (that’s what you generally do when working with several people in the same place, the project is shared across a network). I found renderfarm way easier to setup if all rendering are done directly at the same location, instead of rendering local in every node and then upload back, the same with project files, I found that way less error prone. But that’s a matter of POV and workflows.

What you can do if you’ve got different os or computers with different path is : in the config file you can tell "this computer, or any windows computer will look for projects in this path, any other os will look into “/mnt/projects” , I haven’t done it tho because generally computer in the office are all setup the same way.

Also by default (at least with blender exporter) it will create a temporary copy of the file that will stay next to the original and will be deleted once you remove the job from the farm. That prevent the rendering being corrupted if someone change something. But that won’t prevent changing textures or libs.
I think there is an option to pack all libraries (dupligroups , textures) but I’ve never needed it.
In the end I’ve disabled the temporary copy too in the exporter script.

From what you said I think you should look for something else, indeed Flamenco may pack all the file to send to an external rendering node. Never tried to install it tho. Maybe like with Attract it’s a bit too tied with the blendercloud’s code.

Before afanasy I was trying DrQueue but at that time it was already a bit old and buggy. I found Afanasy much efficient, I’ve used it with 23 computers and it was fine.
Maybe it’s possible to tweak the exporter so it packs everything as you wish , then copy that into a shared location. But you’ll have to do a bit of scripting.

Good things that I like with Afanasy :
-it’s lightweight
-once you’ve dig a bit into it it’s easy to setup and install
-very tweakable, if you know a bit of python you can do a lot with it, like calling the server and get all the running jobs in a json format, making your own exporters , make post-render tasks (encoding, conversion ect… ) .
-you can batch jobs (rendering in blender, then compositing in another app)

all the features that I know but never really used :

To me it as all the feature that you can ask from a commercial renderfarm and that’s not always the case with OSS solutions.