What units of brightness are used in the world shader's background node?

I’m trying to set up a background for a scene. The idea is to render a local, Sun-like star, a bunch of background stars, and a nearby planet. To get the planetary scale right, I’ve set this up in real units (km) with a 1000:1 unit ratio.

Then I’ll setup the main scene with more human-scale units and use the background render as an HDRI for the main scene. This allows me to use physically-accurate scales for both astronomical objects and local objects without precision issues. Yay.

Right now, I’m working on procedural creation of the background. I want to render the local sun as accurately as possible, so I looked up the star on Wikipedia and did some math. Given the fictional planet’s distance, the sun would subtend 0.3695° from our perspective (about 69% of the Sun’s apparent size on Earth) and provide 325 W/m² of illumination in the local space (about 24% of what Earth gets above the atmosphere).

A couple shader nodes later and I have a 0.37° spot on the background that I can rotate around the scene depending on the time of year I need. Thanks to the Blackbody node, it’s even the right color. However, getting the Strength right is non-trivial.

But the world background doesn’t have an actual size, so I can’t directly compute the size of the sun to figure out how bright it needs to be.

I’ve made the following assumptions, and it seems pretty close to what I’m used to when using the Sun-style light for scenes.

I tried just using a Sun-style light at 325 W/m², but it was way too bright, even with the exposure at -10 stops. Realizing I had the unit scale set to 1000, I divided the brightness by the square root of 1000. The result looks almost identical to my world background.

Is my method of calculating local illumination strength correct? Obviously, I can just play with it until it looks decent. But I’d like to know I’m actually working the math correctly. 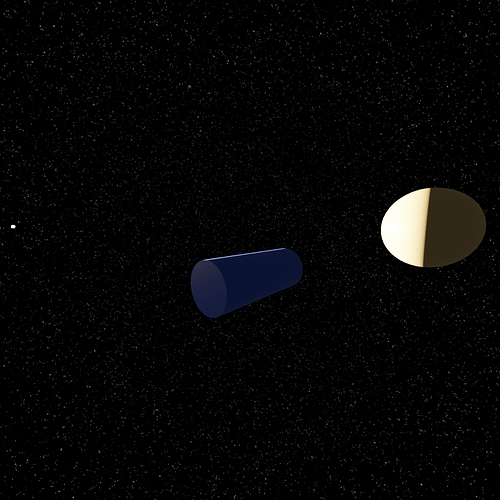 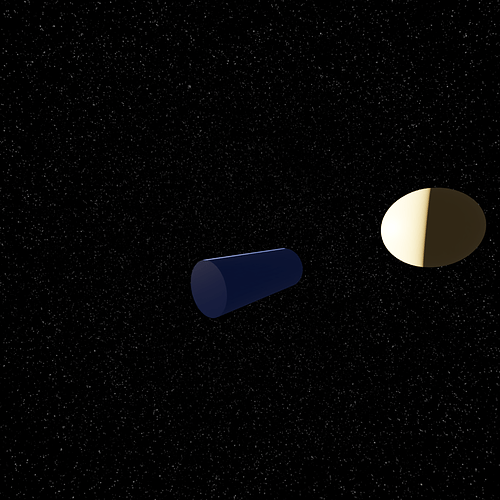