What would be the best way to make a planet

So, I am pretty new still to blender but understand the basics I think and after following tutorials and getting the hang of blender enough to at least know my way around controlling and using it(Even if my artistic skills are still underdeveloped) I want to make my own project instead of just a tutorial that I maybe tweak to try and make sure I understand what it is I am actually doing. What I want to do is make a planet that is detailed enough to have land masses and stuff. It would have mountain ranges and oceans and bare bones topography(is that the term I am looking for? maybe geography?) But what is the best way to do this besides making a base sphere and then making separate objects that I model and then try and line of on the sphere?

A better way to describe what I am trying to do would be more like if you took the overworld of The Legend of Zelda WInd Waker as a flat plane and then make it into a sphere, not extremely detailed but just enough to tell land marks and such, so that if you rotate the sphere you can get vertical details. You can see the sides of mountains and land masses that isn’t just a top down view

My guess would be to open up the modifier tab and add several displacement mods as well as a subdivision surface mod “give them all noise textures” and honestly, just mess around with it for a bit…

As far as bones and more biom defining objects. an example for stuff like that is also given in the video…

essentially you create the object desired, then give it a particlesystem and set the emitter to “object”… Set the object you desire, aaand you should get randomly placed “insert any object”

If you have any questions feel free to ask…I can help ya out, but I want to keep the message short for ya.

Good luck! have a good one!

is there anyway to then be able to place it on a sphere? Like bending so it looks like it is coming off the sphere and not a separate object?

Particle system is entirely separate from the world…

If that doesn’t answer your question, then please explain in more detail, I’m not quite sure what you’re meaning.

Ah sorry, I understand what you meant now. Thanks!

No problem! If you still need a hand later just ask.

Not sure if it helps, but this video has an interesting technique of how to bend a plane into a sphere using modifiers. 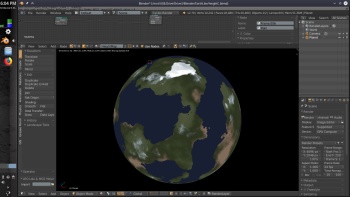 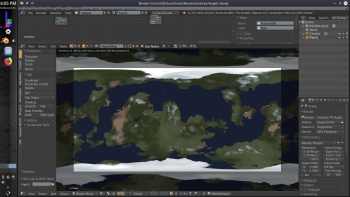 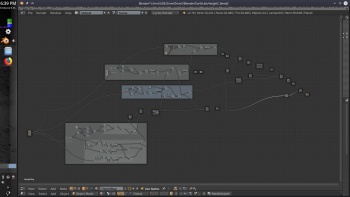 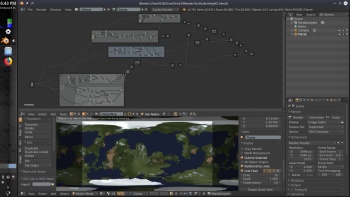