Anyone have a guess what might be causing the black splotchy areas on the fuselage of the spaceship? 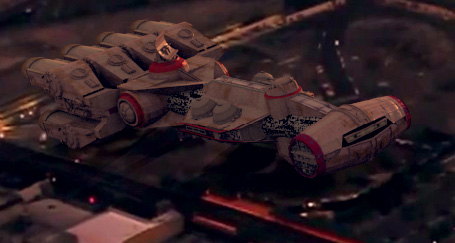 Apparently. I went into edit mode and Removed Doubles and that solved it. Thanks for the quick response.

ETA: I’m going through piece by piece and nearly all of them have a lot of doubles, but they weren’t showing any problems.

you imported this from another file didn’t you? It seems common from imports

Yeah, I downloaded it from SciFi3D.com. Sometimes I’ve had problems with parts of models being scattered around.