Whats the next blender project going to be?

Hi all,
Just wondering if anyone knows what the next blender project is going to be yet and if its still being thought up at the moment I say it should be time for a game engine focused update again like yo frankie but this time get an android (posibly Ios/ windows phone) exporter in a proper blender release. I know this would be hard but think it would bring a lot of new users and give unity and others a run for their money. And with the lanch of the ouya on the horison, it would be possible to get blender games on a tv console!(because it runs android) 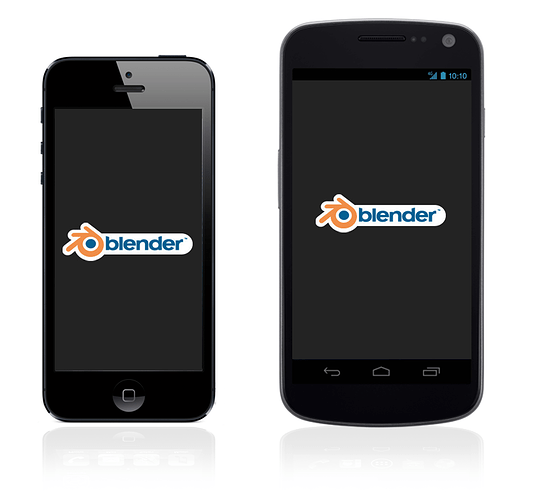 What dose everyone else think?

I think the next project codenamed ‘Gooseberry’ if i remember it correctly is supposed to be a full length feature film. Also i remember that it would be after an year or something. I personally like the idea of a game engine project though

EDIT: check this blendernation article. Old news… i have no idea about current plans however…

Something to do with ice cream and a talking pie.

And they travel back in time for some reason.

I think the next project codenamed ‘Gooseberry’ if i remember it correctly is supposed to be a full length feature film. Also i remember that it would be after an year or something. I personally like the idea of a game engine project though

EDIT: check this blendernation article. Old news… i have no idea about current plans however…

thanks for the info on gooseberry, I was unaware of its existance :P, Was a nice though to think another game focused relece though. it would fit the patern soo far ofr 2 films then a game.

“Yo Frankie”, a game so full of bugs it was almost unplayable on OSX, no thankyou. At least it didn’t disturb anyone around you since it played with no sound, if you got that far since when you touched the start game sign in the game it crashed !!
Get blender player working on Android and leave it to others who know how to make games, if there are any decent ones using blender.

I agree with Richard,for me yofrankir was a mess,but with the right members a decent game can be made!With all new features,it can be a success! I would join the project if there would be one,I can handle a AA project.

Ye yo frankie was realy bugy , didnt run on any of my computers preoperly but i think it could work with android coz it dosnet rely on u having most up to date drivers and python and stuff just a capable device. And keep it to work on 2.2 + coz thats where the bulk of the market still is.

If a big project deals with content created using Blender at it’s maximum capacity, I wouldn’t get my hopes up on an exporter. Granted I just started fiddling around with Blender and BGE (I made a few very amateurish models before with Blender, though) and I must say that BGE needs a bit more work regarding it’s code editor that, while usable, it’s quite basic and deserves a bit more love. Autocomplete/Intellisense would be a great start and would bring down a lot of walls for learners.

I believe it’s going to be a movie. Makes sense, and it’s a great showcase for Blender.

Yo Frankie might not have been the best game but look at all the upgrades it brought to the BGE. Dont forget that at least half of the development time was wasted on working with crystal space.

+1 for GameEngine and associated editor improvements.

A competitor to Unity3D would be nice.
As a complete suite Blender and BGE beats Unity3D. You have everything you need in just one program.
Unity3D provides some nice point’n’click things and more easier to use shiny stuff and an improved engine.

By improving BGE more people would try it. With more people around, more stuff is needed, also on the editor side.
But there would also be people that would provide plugins and therefore make Blender and BGE better.

Just some improvements that are floating through my mind:
→ multithreading
→ easy (especially on the documentation part) usage of dynamic libraries and low-level engine improvements written in other languages (particularly C++)
→ easy usage of non-python scripts/modules, like C++, Java, C#, … (e.g. create a dyn. lib. and use it via C+±Script-/Module-Controller)
→ OpenGL 3+4 support
→ integration of a high-level shading language like surface-shaders from Unity3D or OpenShadingLanguage
→ code-completion in editor (e.g. bge python and shader stuff)
→ independent game window so you can tweak stuff in Blender
→ ability to tweak variables while game is running
→ shop integration for plugins and assets
→ integration of a version control system, version controlable blend-files
→ more detailed profiling
→ better lighting (I know it’s being worked on in candy/harmony)
→ ability to export/deploy to different platforms and not just to yourself
→ better/easier system it insert and keep track of project-assets and prefabs/linked objects (also those that are not in the blend file but in project path)
→ hardware particle system (I heard that someone is also working on that)
→ special game screen layouts
→ game logic sets ( putting different SCAs in a set/group, loading and saving those, adding sets on different objects, having different sets on an object, e.g. loading a first person set on your main-char-object)
→ same 3D-view when I switch screen layouts
→ easy system to do shadow- and lightmapping for e.g. all statics objects in scene
→ easy/simple GUI system [seen that around here]
→ easy/simple multiplayer system (if not integrated then e.g. a simple system to talk to e.g. RakNet) [yeah, here is already flying something around]
→ (deployment of an HTML5 version)
…

Just looking at the differences between Unity3D Pro and Standard I must say that BGE already has lots of the features that are just provided by Unity3D Pro.

Better publicity of BGE would be nice.
On one side for the game-devs so that they know that there is more then Unity3D.
On the other side for e.g. universities so they and their soon graduators know that they could do some awesome research and improvement for BGE. E.g. providing thesis topics like DICE: http://publications.dice.se/publications.asp?show_category=yes&which_category=Thesis

On my university the game devs just know of UDK and Unity3D. Some also have heard something about CryEngine. Still, most teams now use Unity3D. Blender they know exists as some hobbist 3D modelling thing, but not as also having a quite good game engine.
And as our computer science curses are cooperating with those game dev teams we also do a lot of coding for and in Unity3D.
Seeing them using free software would be nice. But even better it would be when we all would go BGE and that way good games would be created with it AND our cs-dudes also would be able to improve BGE and provide new plugins and scripts.

I also think that for now Unity3D is just a bit better and easier to use. So I won’t recommend to them changing now.
But with all those changes that are coming to BGE there might be a good start promoting BGE out into the masses.
Hopefully.

I think it would be wise of the foundation to look into it for one of the upcoming projects. Really, just dealing with the BGE and fixing some of the issues that people have with it would be good. For example, either a new BlenderPlayer (which could theoretically be done, as GameKit has shown), or simply a new file format for game files that can only be loaded with the BlenderPlayer would help with the GPL licensing issue. Having static object merging and splitting as moerdn has developed would be helpful as well. The BGE’s sitting in this middle-ground where it’s too developed to simply forget about or abandon, but has issues that prevent it from expanding and really being looked at seriously as a professional engine.

@eyeliner - Yeah, the text editor isn’t very good. I use Geany for my Python files and keep them outside of Blender, using the Python controller set to Module mode to run their functions.

Im glad others feel the way i do about BGE
It is already awsome but just needs more support
Just talking about features i would also like a nice post prosess 2 filter editor. Like the nodes but that works in game, like in udk, visual shading langage.
And ye a preefab system would be good, instead of having to use dupligroups, from diferent files.

But i would also argue that BGE is easyer and can get a game up and running quicker than unity 3d due to it all being in one place and use of logic bricks.

Dido, I made a simple pong game [http://www.sendspace.com/file/e1wncq] in less then 1hr without a single line of code or opening any external programs and I don’t know any other Game Engines that can do that (it’s the little things!). An upgrade or community open source Game project would be real nice :]

Urfoex,thats a nice list overthere,I dont know if it will ever be done as at the moment only two game engine devs are working.

I got into it and went crosseyed, I will try again tonight, I want to add more logic bricks, but I don’t have a lot of time for it, as it is annoying

I have a build I am working on, but I am an infant @ this point and I need to be at least 16 to ride

A bge Project would be great, the focus lies too much on animation movies.

How about a survival game with most realistic graphics?

The player awakes stranded on a small carribean island. Scattered arround him lie the remains of the sunken ship. (wonderful opportunity to show the beauty of (I think it was moguris) water shader with drifting crates in the water).

The first few days he can live from food and water he finds in the chests / crates spread along the beach but after some time the player has to explore the the island (level of detail system for vegetation) to search for water, food and materials.
The player can build housings, a fireplace (particle system), raised hide, … and create simple tools for woodcutting or hunting, and basic cereal farming.
At the end of the game the player builds a raft to leave the island or try to survive as long as possible.

If some of the talented modelers, texturizers and animators join the project it could become a real feast for the eyes.

In the course of the project the following features would be added to the bge:

All three features are already present. We have the water shader and a couple of LOD systems / particle systems.
Though some of the scripts are already outdated we could choose the best one and someone familliar with the blender code should be able to convert the python to c++ code quite quickly.