When you apply a mirror modifier, you don't actually get a one piece mesh?

As if the two pieces (the original, and the mirrored) were still two separate pieces, and not joined into one mesh.

The following picture shows the middle of the deck before subdivision surfacing, the mesh is actually one part, i didn’t accidentally leave the pieces separated before applying the mirror modifier.

So how do I subdivision it correctly now then?
(i don’t just want the smooth option, i really want subdivision surface to work)

I think you had a mirror and a subsurf modifier,… 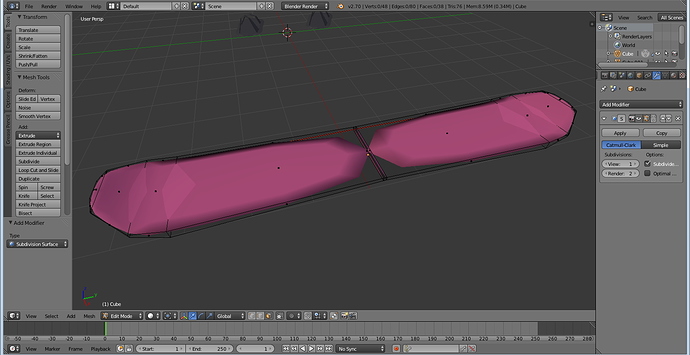 No, i definitely applied the mirror first. Here you can see the mesh in one piece after the mirror is already applied, and you can see what subdivision is about to look like, which is not how it should (i think).

The merge option was checked when applying the mirror modifier.

Object has unapplied and non-uniform scale and unapplied rotation which means modifiers and tools won’t work with the dimensions you see. If the mirror modifier could merge vertices in the center, it would leave an interior face mesh error because you have a face on the mirror plane.

Object mode, ctrl+A -> rotation & scale to apply those. Then fix mirror modifier axes to match what is in the viewport, enable clipping, remove the face on the mirror plane and drag the vertices in the middle until they merge. There also are duplicate vertices so remove those - Select all, W -> remove doubles. 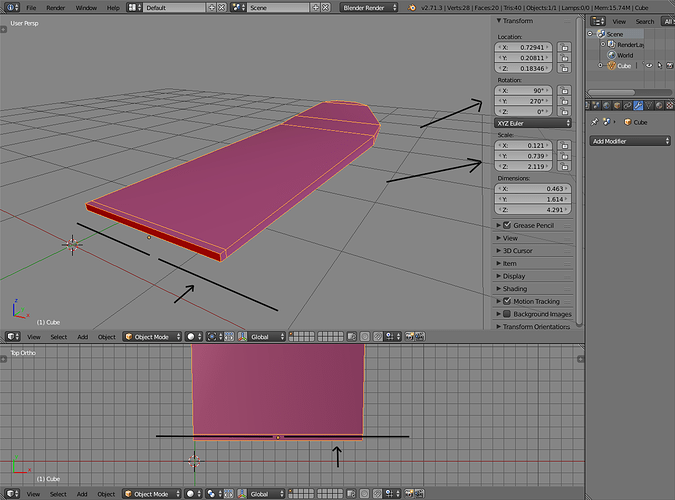 Yeah, you need to delete that face where the 2 pieces merge.