Where to animate this arm object

Hi, where do I animate this arm, I decided to add a few more bones, and then it is parented to the FP cube, so the second bone would be animated, using the pose mode. Frame 1, to 20 should be okay for an animation, I then made a fake copy in dope sheet, and then left mouse button to get it working, it doesn’t move in the game. It used to be broken, so I removed the armature and parented, add the new bones, so it is much more solid to the FP. I tried using a blendswap model, it has an walk path cubes, and this just vanishes once the game engine is on. When I loaded the blend file, the object was on the other side of the 3d space. I then clicked to get it to the 3d cursor in the map. I saved, and now it does vanishes the engine has loaded. I was also trying to get an object removed once collided with the AI head. 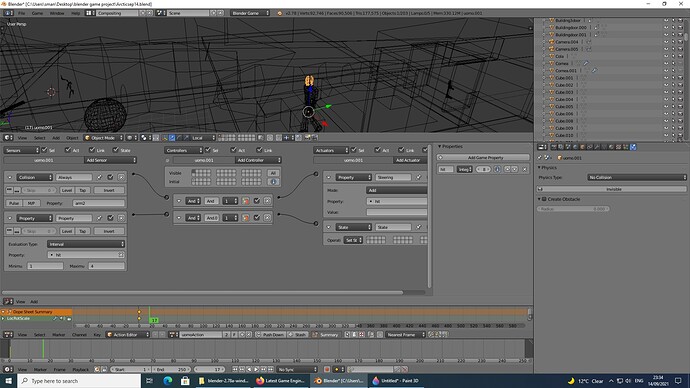 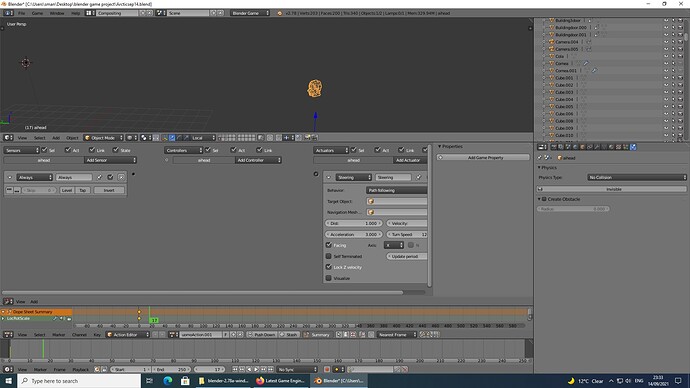 Not sure about the empty, this is an old file. 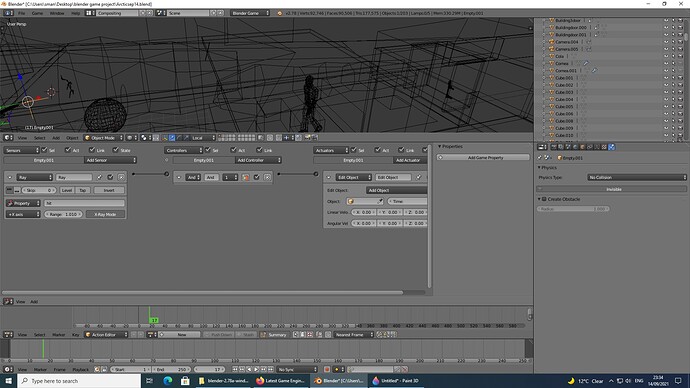 I tried to animate the arm again, using one bone, no movement in the animation frame, or in the game engine scene.

Very strange, location was fine? Going from left to right, as a flipper animation for the action brick. Frame 1 ro 20. Location at 1, then movement, and then again at 10.

I had also brick switch thing, it was suppose to switch from one arm to another. I guess now. One would have a gun, and the other a bat or stick, so similar to the video example above. 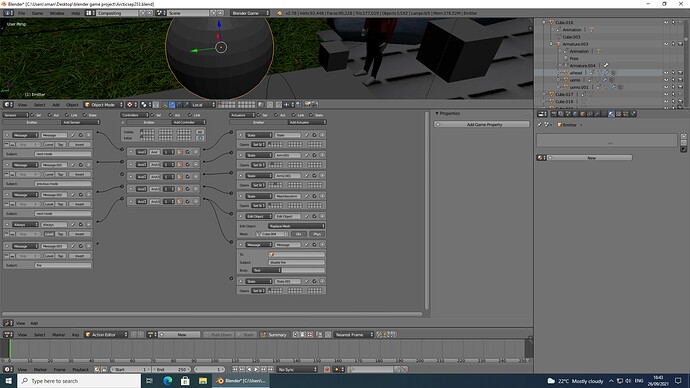 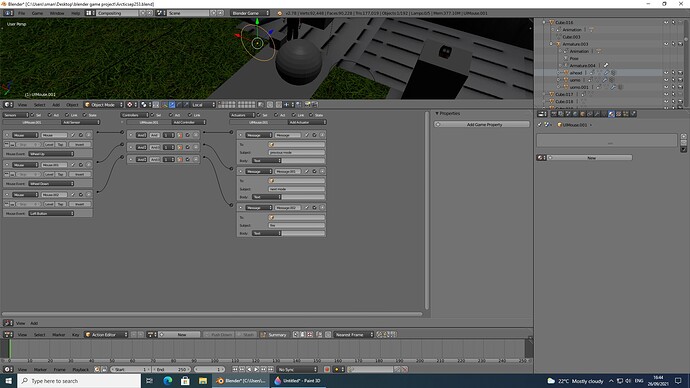 By having one arm on the FP, and then duplicate the same one, just add that in another layer.