I have 2 Textures for the Wall, but cannot decide which one looks better. 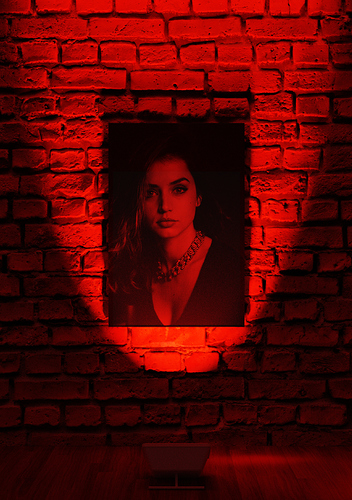 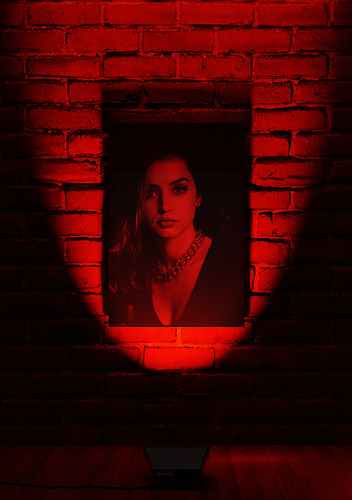 Also, i would like to know your opinion on the Renders. The Goal is just to make something realistic.

Have a nice day !

It looks like the second brick texture has a more accurate displacement map which gives the realism a little boost.

For the lamp, an IES texture or just a node setup with a color ramp to vary the light intensity would help too.

Some ambient light variation would make it look like it’s in an actual building.

Finally, you might try adding a baseboard at the base of the wall and possibly a power outlet either on the wall or in the floor.

Just some ideas, be sure to have fun with it!

Either can pass for real. I find the rougher top one more interesting.

Well, I was immediately arrested(!) by the drama inherent in both arrangements, but I feel that the first is better because it establishes the portrait as “a distinctly third light level,” in a compositional design which relies entirely (and, very effectively…) upon “light levels.”

The portion below the “spotlight splash” is “the ground.” Then, the spotlight-cone, while it properly ought to illuminate the portrait … doesn’t. Thus leaving the portrait to establish the third light-level.

Whereas, in the second render, there are only two light levels. Much less effective: in fact, "the (brighter-lit) bricks steal my attention away(!) from her face. No “drama” to be seen.

And so, "now, my attention has been very-instantly focused, exactly where you want it to be: upon this woman’s face. Yes, because she is a person, despite being the least-illuminated of the three. (In fact, because of this, my eye more-easily and more-willingly accepts it as “a very(!) imaginative compositional device.”

For me, this red light makes me think we are in a darkroom. Is that right?