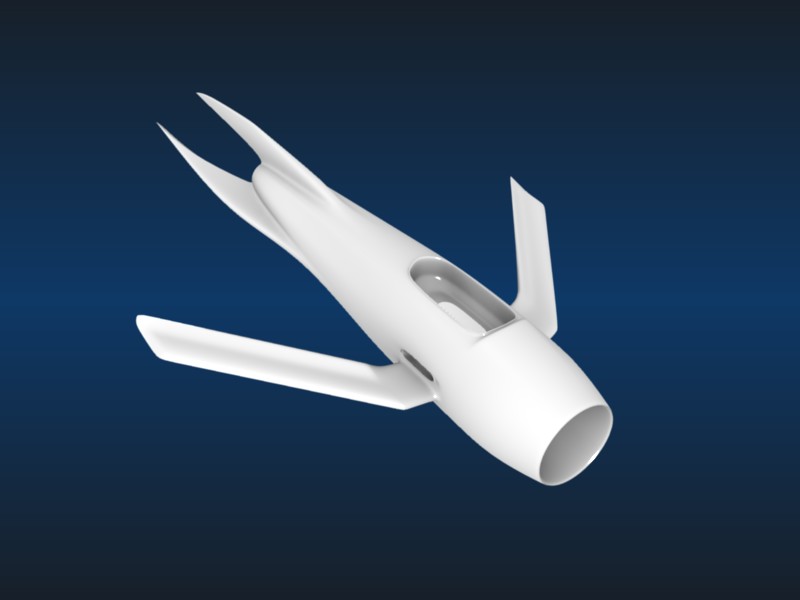 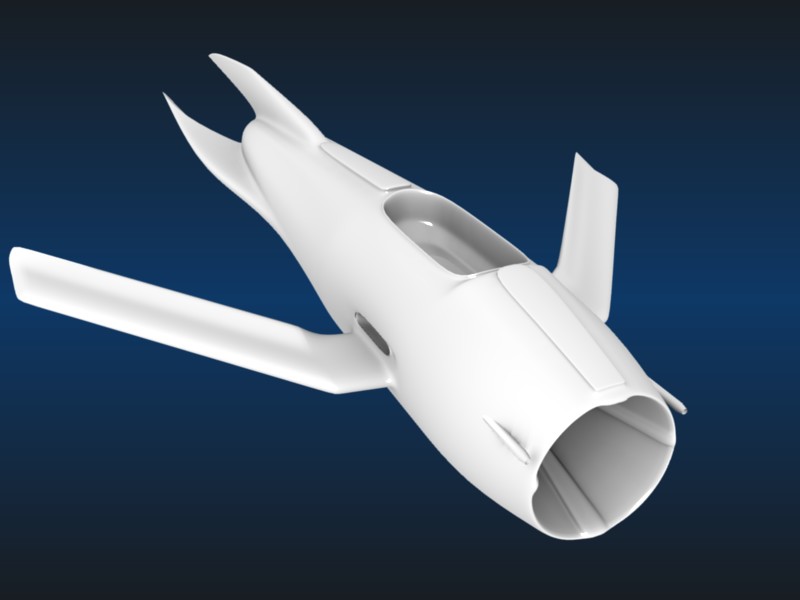 I love it save for the wings. They don’t look aerodynamic at all. Everything’s so sleek, then you get these stick-things just popping out of the fuselage.

Try something more along the lines of this: 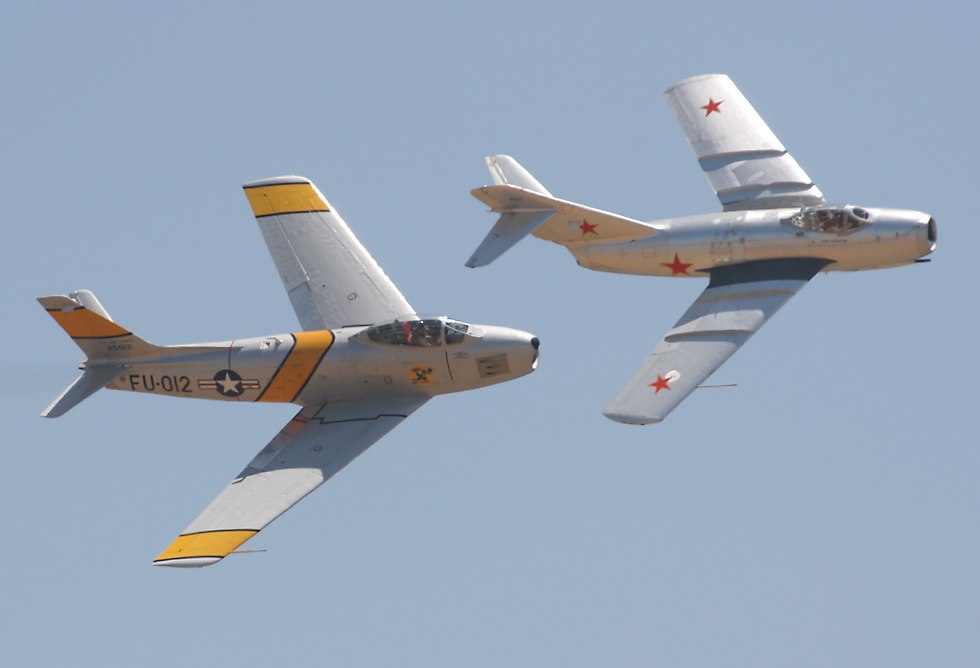 if i no wat ure talking about …those are guns 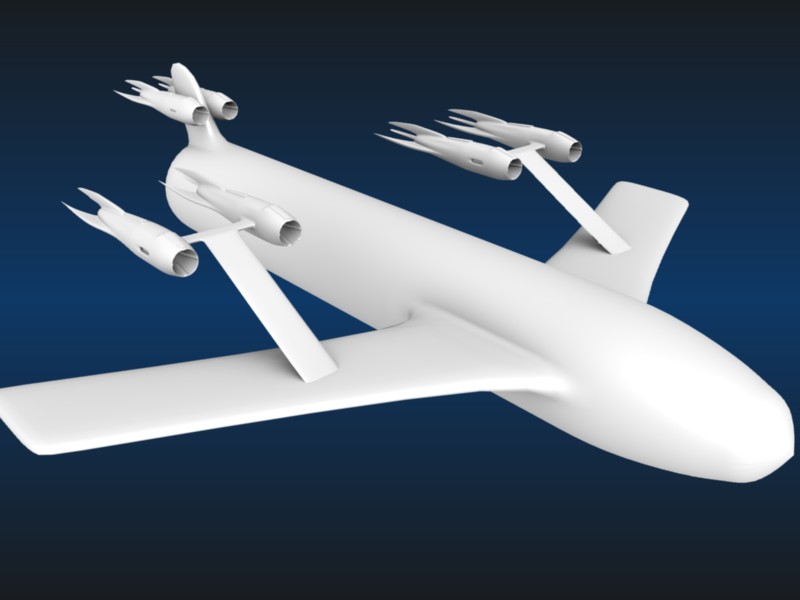 I was talking about the wings. Really. :eyebrowlift:

But never mind. Is the dark line down the middle intended? 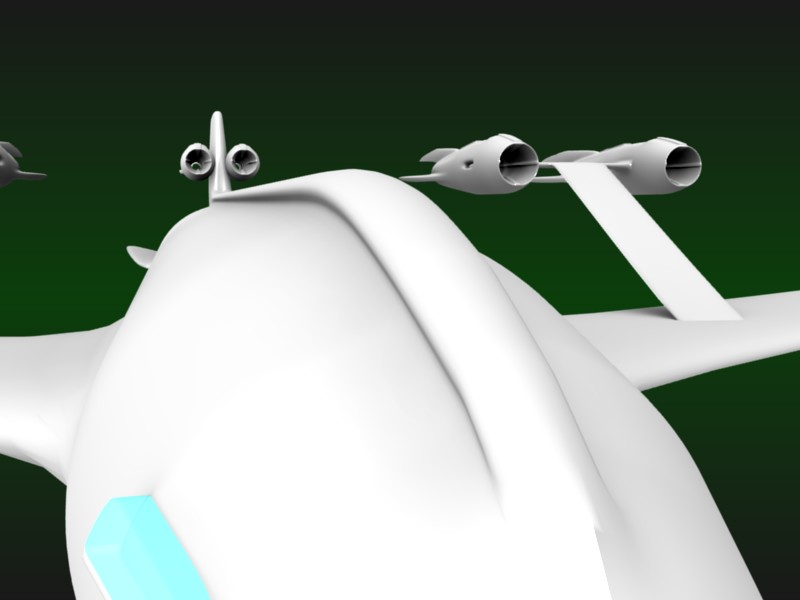 one thing you could think about, is the size of the cockpit interior if you are gonna keep it next to the inlet like that. cant be much space to move about in there

lol i knew someone was gonna say that…i prolly over exagerated or wtv but i made the cockpit small…so it could seem like the plane is absoulutyl MASSIVE…lol…and i dont know wat else to do on it…any tips?

The angle of those things that are coming off of the wings with the little jets on them look like they would break off if this thing was really flying. They are not very aerodynamic.

Only generally aircraft designed for high manoueverability, such as fighters and the like. Take the boeing 727 as an example of an airframe that doesn’t.

On the other hand, the mounts for these look kind fragile.

Looks like it will keep doing front flips with the jets that high. :spin:

Except that the 727 does indeed have its 3 engine outlets very close to the centerline of the fuselage. See the photo. The intake for the center engine is high but the outlet is pretty much in the center.

Look, as long as the thrust vector is stable (ie. all propulsion systems are facing the same direction), the only thing that affects the direction of the craft is variability in air pressure.
All of the 727’s engines are above its major centre of mass, which is at the same height as the top of the undercarriage (and the point the fuselage is fixed onto the wings). The main lift devices are also below this point. This applies to many other aircraft, including most other jet-propelled commercial planes.
On craft where the engine is around the centre of mass and the wings, such as jet fighters and aerial manouevering trainers, the justification is that it is more efficient for thrust when the craft is changing direction quickly. The trade-off is the having everything so close to the centre of mass making the airframe unstable and “twitchy” – something which you want to avoid on large craft as the contents tends to be fragile and doesn’t like being shaken around a lot.