I didn’t want to choke the forums with too many threads, but still keen to get your feed back. So here’s a whole bunch of stuff I did in the past couple of weeks, all using Vray and Andrey’s wonderful-amazing script, which, like good red wine, is getting better everyday.
Let me know what you think.
B 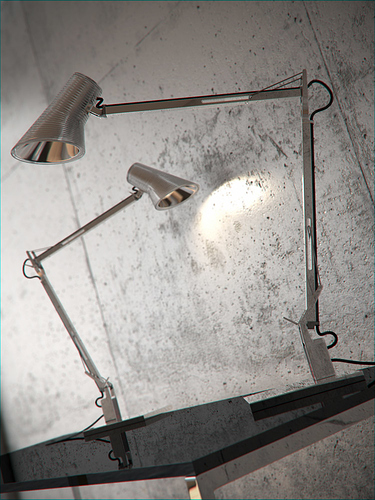 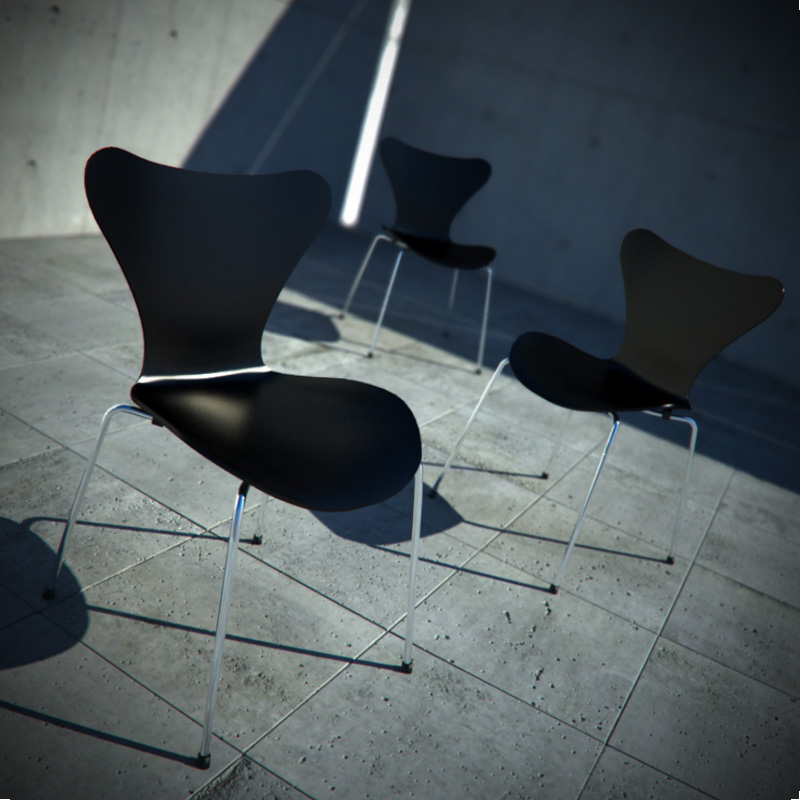 It would help with the first pics if you turned up the power of the sunlamp and did away with the depressing sky coloring.

The final two are nice.

I’m pretty sure that’s a photo in the background, amiright?

gotta start learning vray one of these days…

Very impressive as per usual BbB, as for crits a couple of things that stand out are; the trees background plane, its a bit to easily distinguishable as a photo. The scaling doesn’t seem quite right to me and there is no sense of depth.
The colour and bump mapping looks great but a lack of dirtmapping on the walls and wood materials lets them down slightly.
The chairs and grass are spot on and I have no crits at all for the lamps render. How do you find working with Vray in comparison to Indigo, I havn’t tried it yet and am wondering if the script is as easy to use and is it much faster, what are the pros and cons?

the man, the legend! haha lookin good, though id suggest some post-processing, especially on the last one, to make it more punchy! looks a tad flat right now…

Thanks guys,
Yes, there’s a jpg at the back, which is a bit obvious, with a few XFrog trees around. That’s part laziness, part low resources, and part the limitation of the script. Things will change though, since I just got a more muscular laptop and the script will eventually support instances, which will make forests possible.

Dragon: The images look fine here, but I’m admittedly not working on a calibrated screen so I could be wrong.

Seanser: VRay Dirt should be available in the script I some future stage, I assume, though I have no idea how this could be inputed in Blender. I find Vray very pleasent. It’s of course much faster than Indigo. What it definitely doesn’t have yet is Indigo’s amazing materials creation possibilities (That may change to an extent when Andrey implements VrayBlendMats). I’m also missing Indigo’s amazing real-lens effects, like aperture diffraction and dispersion, which contribute a lot to the realism of the final image.

Yeah the first two pictures skies are a bit grey… but great work so far!
.
Really good stuff, you’ve improved on the photorealism on outdoor scenes quite well.
How is the vray experience been so far? Is it easy to get the render style you want?
.
I know nothing of using vray but it seems that its not really built for interior/enclosed scenes because they look like very high quality B.I. renders, the lighting isn’t nearly as convincing as the first two, despite the sky colour thing, which isn’t really distracting.

Hi Animal,
Thanks for the kind words. I’m really getting into Vray. Andrey has done a huge amount of work on the script and it’s now getting easier to get the look you want. Material creation is still a bit limited compared to Indigo (no SSS yet, no blending of different mats, problems using exponent/specular mats), but there are workarounds for most of these, and the 2Sided mat Andrey implemented recently has unlocked a large amount of possibilities for arch mats (curtains, paper, lamp shades…). We now have a fog colour parameter in the script too, which makes coloured glass possible. So it’s improving very fast.
Blame the lack of realism of the last two images on me. Vray is actually great for interiors - if you can make sense of the GI settings - and very fast even in complicated lighting scenarios.