Who's the prettiest of them all? 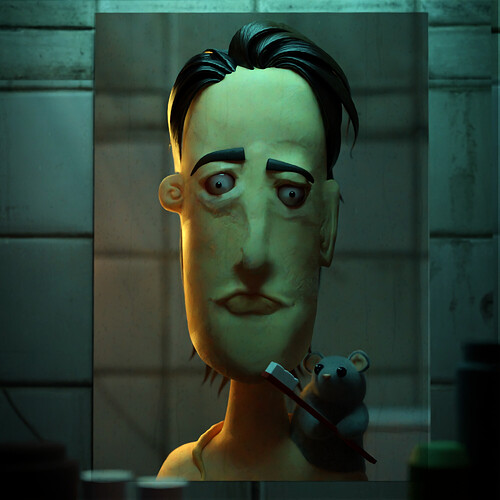 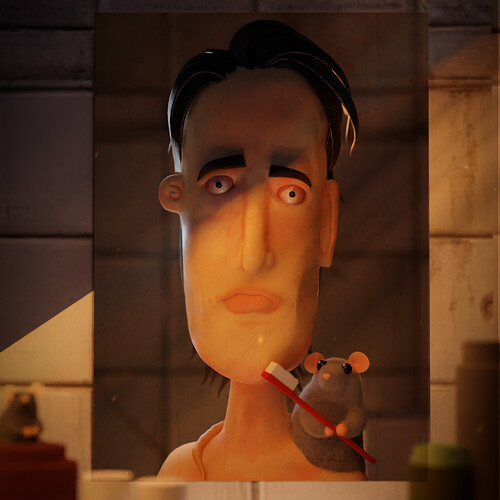 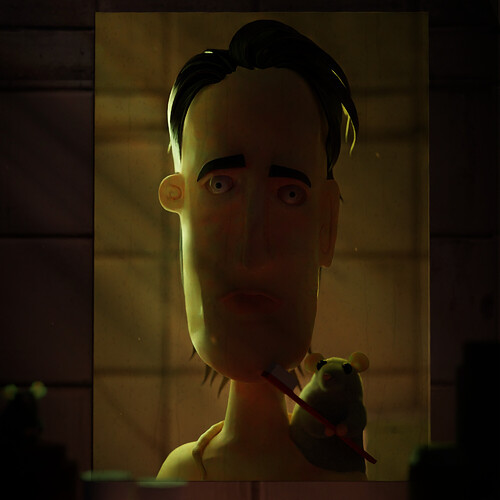 I wanted to see if i could create 3 scenes without moving anything but the lighting, and use that to create a completely different story. Excited to hear what you guys think is happening here (:(:

The first two works really well, the last one is less obvious to me…
I really like the color scheme, but the character is hard to read and it’s hard for me to tell what’s going on.

But it’s super limited if no changes are allowed. Something like lit by a cigarette or candle, with a strong rim from a TV screen could have been interesting … But it’s adding a cigarette or a candle…

But super fun exercise and I really like your shapes and colors in general !
Hats off !

Look like scene from stop motion animation. Nice one 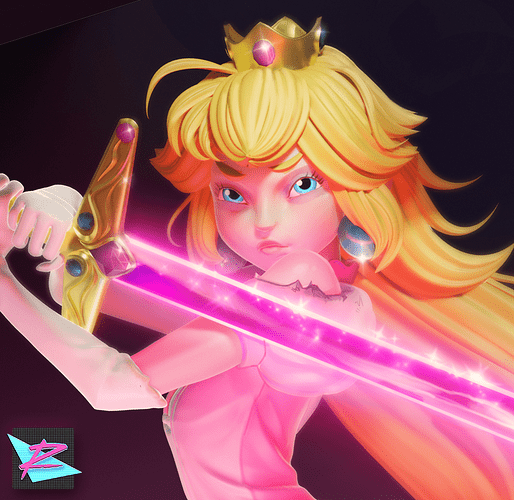