Why Cycles-X and not Eevee?

You are right on track. The moment of convergence will come sooner or later, but up until then Blinn’s Law applies.
You give me a renderer that renders 10 times faster and I will increase the complexity by a factor of 11 (and then complain that it isn’t fast enough).

Recent years are proving Blinn’s law doesn’t apply anymore. There’s technological leap towards realtime solutions which will most likely replace vast majority of offline rendering roughly 10-15 years from now. But of course, it won’t happen overnight. It will be very gradual transition.

To put an example of the gradual transition, 10 years ago, nVidia came up with their first GPU renderer - iRay. It was quite slow, not very capable and on top of that, most GPUs had 1.5 or 2GB of VRAM. Rendering triple A scenes on it was simply not feasible.

Today though, I’d have no problem relying on Cycles and my RTX2080Ti with 11GB of VRAM for vast majority of production scenes. Even with heavy instancing.

So I don’t have hard time imagining I could be equally as comfortable relying on realtime solution 10 years from now. I mean I already am these days, since I use UE4 more than anything else, and with every new release, I am able to get closer and closer to the offline rendered quality. 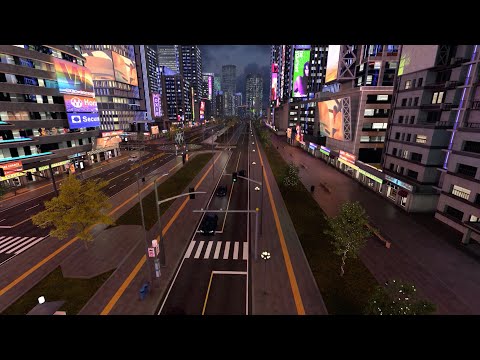 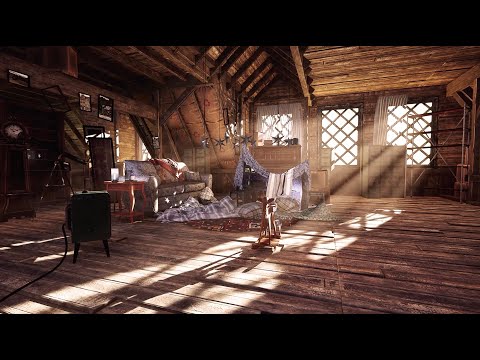 Idk if I should be excited or disappointed.

Near real-time path-tracing with complex scene 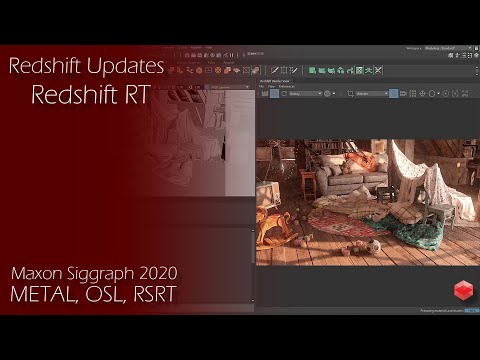 With the crazy speed at which new GPUs improve generation over generation, I won’t be surprised if 5 years down the line, we would start seeing ppl complaining, “I can only run real-time path tracing at 12 fps !” XD 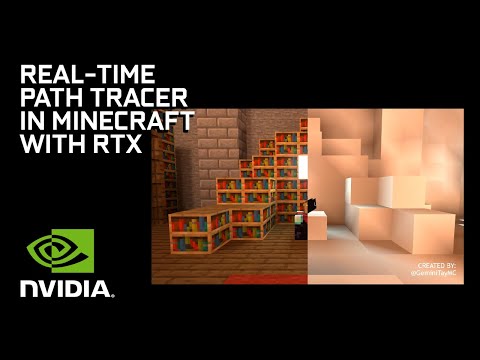 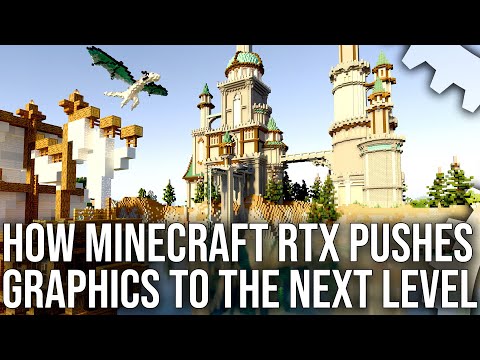 “real-time ray-tracing is the future”…“not the present”, in order to get there, more fundamental changes has to be done, switching from OpenGL to Vulkan for EEVEE, just like switching from the old Cycles architecture to the new one.

I’d like to come to the defense of the OP since I think everyone’s been ganging up on him too much.

I think he’s got a point, in the sense that the future is quite obviously more real-time/near-real-time rendering. The film and TV industry is likely the one to push this forward faster than ever due to the increasing use of live LED walls instead of green screen which will require the images to look better and better.

To suggest “just use Unreal” is honestly a dumb suggestion akin to “just use Houdini” or “just use Maya”. We’re all here because we enjoy working in Blender – from beginning to the end.

SSGI for EEVEE is looking quite good, I just wish that the BF and Clement in particular would be working more closely with 0451, the creator of SSGI, to better implement the idea into an actual production build.

Ray-tracing for EEVEE is already on the roadmap, the BF stated that it should follow after full implementation of Vulkan which is well underway.

Cycles X is a good, and honestly overdue update that I hope will address some of the current shortcomings of Cycles.

Ultimately I see EEVEE and Cycles X converging into some hybrid form that will become the primary render engine of Blender, but I think that’s likely at least a year or two off.

To suggest “just use Unreal” is honestly a dumb suggestion akin to “just use Houdini” or “just use Maya”. We’re all here because we enjoy working in Blender – from beginning to the end.

Who is saying that? I’ve browsed the entire thread and no one is telling him to go use Unreal… Did I miss something?

Eevee is still in it’s infancy, is still under active development and will likely evolve massively over the coming years (as Cycles did).

Cycles is in need of a revamp.

Did I miss something?

Maybe? There is certainly that implication on the part of some.

And finally, UE4 is completely free for everything except games with 1m+ profit. So what a problem to use one of the best engines?

I’d like to come to the defense of the OP since I think everyone’s been ganging up on him too much.

From my point of view, the ganging up simply happend due to the claims which were made. Hinting that the Blender Foundation does not want to implement ray tracing because of the Epic funding, without having any evidence for it, is a pretty weak start.
Going on with speculating what the Blender user base wants without having any data to backing it up wasn’t helpful either.

Cycles X is a good, and honestly overdue update that I hope will address some of the current shortcomings of Cycles.

Exactly. And there was no reason from the OP to make it a Cycles-X VS Eevee Ray Tracing topic. It is not an either or question. Right now, Cycles is at a point where that kind of modernization makes sense and the developers have prepared this move, meaning it is a well though out plan. Eevee is simply different. There aren’t as many developers (as far as I can see) who are contributing to it and it is currently undergoing quite a significant change. We don’t even know whether it would help to introduce ray tracing at this point or if it would be technically unnecessarily challenging.
To me, it is very clear that those are two different topics and placing them in this way against each other doesn’t make much sense.

You give me a renderer that renders 10 times faster and I will increase the complexity by a factor of 11 (and then complain that it isn’t fast enough).

Our specs are constantly increasing. We could probably have a real-time ray-tracing Cycles type of rendering in SD without any problems. But now we need it in 4K, at 60fps…with SSS and Volumetrics!!!

Adding to your defense of the OP

this discussions between reatime vs rendering is quite interesting when looking at how the archviz area changes right now.

VRay was top for a long time. Then came Enscape with its massive asset system. And now there is Lumion that is taking the field by storm by only offering a realtime engine like eeVee

Unreal engine is also used a lot in arch viz but from SketchIp to Unreal is a little cumbersome.
But rendering in Lumion life while modeling in SketchUp works well and fast.

It is true that VRay still will look better but like with MP3 people get used to certain media qualities and accept it.

In Rendering here it is speed and cost vs result.

I find it interesting how eeVee is very close to Lumion in many aspects even needing to place reflection planes.

Just to add to the list, how does Marmoset stack up? I wonder if anyone is using it are their main render engine?

Adding to your defense of the OP

The critique regarding OP was mostly about unreasonable points. The points you and @Midphase are making are reasonable.

Unreasonable to whom, you ?

My point wasn’t even a critique, it was merely a question, why not put those resources when they are needed by the most Blender users, not the studios, what is it you don’t understand in that very simple question?

As for using Unreal, there are things Eevee does that Unreal can’t, for one Unreal still needs cards for smoke and fire, or fog, at least the last time I checked, while Eevee can use volumetric fire, smoke and fog!

Someone said that it was worth putting all the resources in Cycles because Cycles makes it easier to set up transparency, shadows, retractions, and the likes…

But that’s the whole point of my question, if ray tracing was implemented in Eevee, they would be as easy to set up as they are in Cycles, but with the added speed of Eevee!

Let’s be honest, even if they could make Cycles 2-5 times faster than it is at the moment, it would still be a lot slower than Eevee, if these resources were put into Eevee development, we would get a final result that would be very close to what can be achieved in Cycles, but in a fraction of the time it would take to render in Cycles, which, again, would benefit the vast majority of Blender users, again, IMHO!

Unreasonable to whom, you ?

To give two very obvious examples.

You are hinting that development isn’t being made because of funding. Hiding it as a question doesn’t help.

Instead of putting so many resources into Cycles, which is pretty fast as it is, why not invest in Eevee, is it because if they implemented Ray-Tracing in Eevee and make it faster Blender would directly compete with Unreal for rendering films, does it have to do with the fact that Epic Games, the makers of Unreal, invested 1.2 million into the Blender development?

And you are just making unfounded claims. If this is not made up, feel free to provide a source.

And the fact remains, 98% of Blender users would be more than happy with a faster Eevee with support for ray-tracing!

From my perspective, that is being unreasonable.

One more thing about using Unreal, it means learning an extra piece of software, it means exporting everything from Blender, including animation, then put the scene back together in Unreal, last time I checked, ray tracing in Unreal only works under Windows, and if you want to install Unreal in Linux or other non Windows OS, you need to compile the whole thing, not the friendliest of approach!

Sorry, got the wrong quote. Let me know where I can get the source for that claim.

I totally agree, but since the vast majority of Blender users would use Eevee instead of Cycles, especially if it had ray-tracing, I fail to see the logic here!

EEVEE is fast because it’s using 100% rasterization techniques giving it the “game” look.

When you introduce ray-tracing, you will also be introducing noise, forcing you to up the sample count or using a denoiser, things that require time to compute, now the “EEVEE is fast” argument will no longer be “as true”, more realism = more computational power, and the current hardware is not there “yet”.

Repeating the same thing over and over won’t solve anything, just take some time to appreciate what’s already available, and let the devs do what they know best, EEVEE with ray-tracing will be ready when it’s ready, just not today.