My computer can’t handle all the rocks. O.o Really, you can do little trails of rocks with a texture!

and that your using alot of geometry on those rocks

baaaaah, removing all those rocks would make the whole map empty!
i could try to press the small rocks into a texture but the rox outside should stay as they are.

is is really so much? Mb its just because the area is so wide?
when it too much, then i think the project has no future, at least not as it was supposed to have.

Thanks! I think I understand about the low poly! I completely forgot about trying to stay low poly when making models for a game…

y, thats why i try to solve this with a 3-4 faces each little rock.
mb even converting to textures only.
But what i cant do is remove the GsLs system.
Is it realy that power consuming?
Because if i have really go without glsl then i cant continue this project, i guess.

It might just be your computer curlystraw. I seem to be able to play it fine on mine. And mine isn’t a top of the notch computer.

This looks real good so far!

BUMP because this is an awesome project, I would take part if I had the time, but the least I can do is make sure it doesn’t get lost in the forums

- REPLACED nearly all the small stones with 3-face stones.

Hi, it was ages ago since the last Update, but its done,
I have moved the nice small stones to another layer( if they would become needed).
created some small stones, they dont look THAT bad but im not a texturing expert, so
they look limited.
Thx for the Bump and the Help guys!
There is not much to say till now oh 1 thing i would nearly forgot.
This project will stay at GLSL. 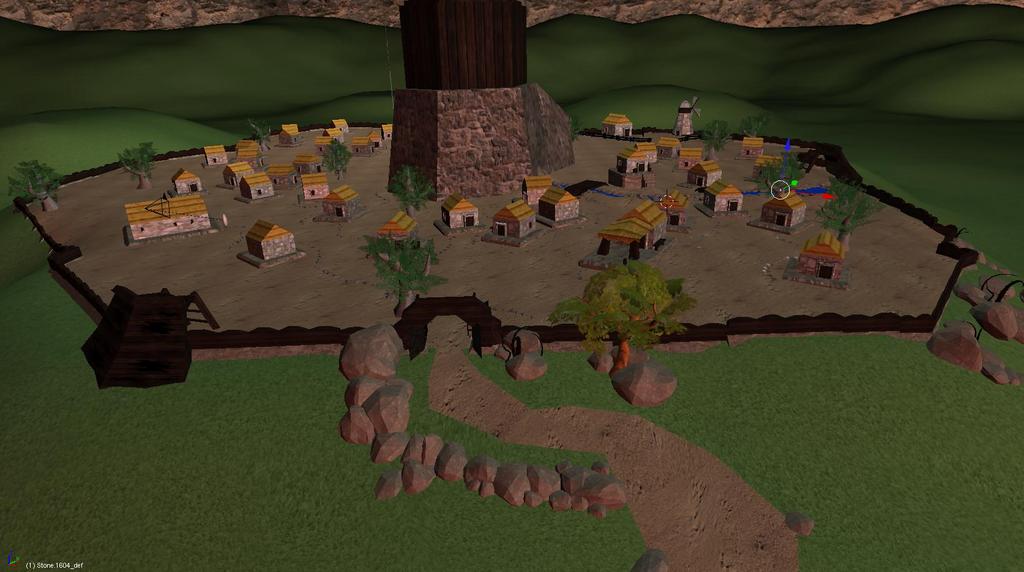 Sounds like good modeling pratice… Mabe I’ll add something to the outside.

Hi, i have made some Pics, so u arent forced to DL and c it on your own.
Hope they show as much as possible in a kind perspective.
I have removed the small kies stone because they unneeded for the early future.
Some decorations like weapons have been added to the smith, i like them very much
because they are at the extreme of low-poly ^^ there is only 2D lower.
I was thinking to use those weapons as the woodenboards signs, but they will be 2D.
There are also some grass-plattforms, those are only for making some grass in the town
remove somthimes the feeling of a perfect flat ground, but theyr experimental.
With those models the idea came to create some fields, mb who knows.
The next thing im going to improve will mb be the Tower or the Cave/Terrain. 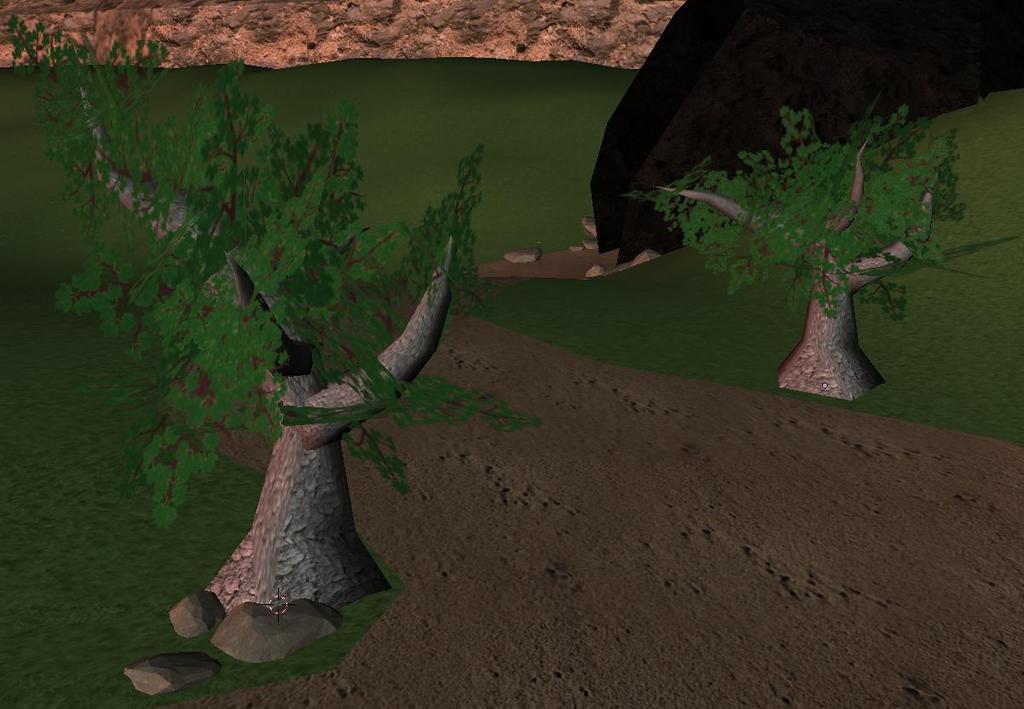 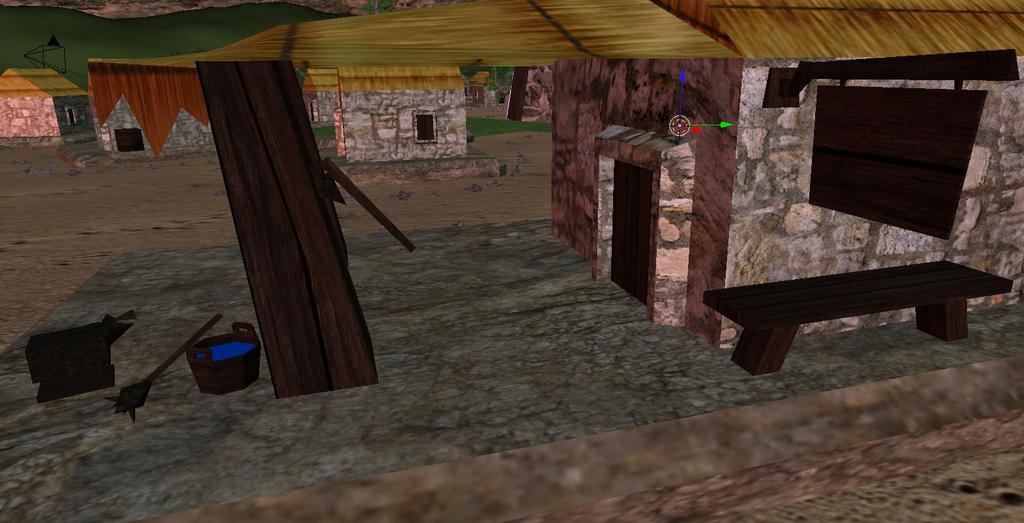 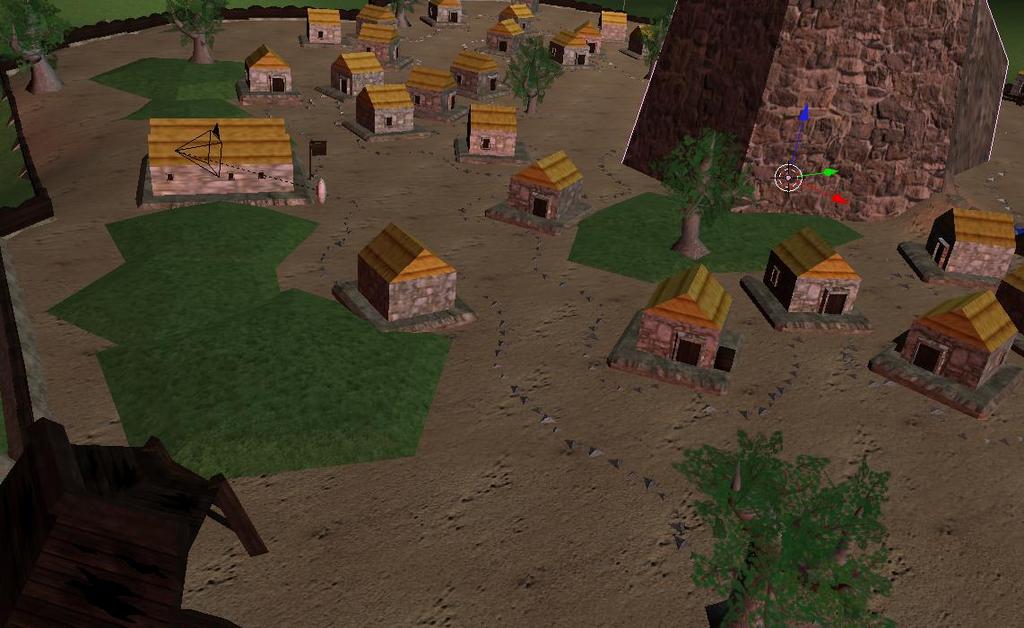 Looking even better now equal! You are definetly putting a lot of efort into this! If only I had more time…

This really is looking good man!

Hi, so thx agian for the nice comments.
there was some time in the train till i came back so i drawed a new tower and yes it is a nice improvement, as i think it fits much better to the town, it has a much better feeling on it as “it takes all under its cover”. i also added 2 new items spear and shild.
was forced to remove the bench, i seriously dont know how it could stand there for so long with that unbelivable waste of space, there are only 24 vers neede, but it has like about 50.
I added the new tower but didnt had the time now to correct the whole area around it.
This will come with the next update at same time with the market.

Looks really cool! I hope that the new tower has a stairway to the upper level… The screenshots are a good idea. Unfortuanatly I can’t download it from the link, says that it is broken

Geeeez, so its a very very long time since i posted last…
but i will try to necro this thread back to life as much as i can.
I have some problems with that looking around per mouselook,
in a special setup where i parent the head to torso and camera to head,
the camera makes somtimes very strange movments along its y axis,
but its stabel now; i seperated the cam from the head… sad but mb only way.

please note that i will use the 7zip program to compress the blend because
it saves more than 50%! 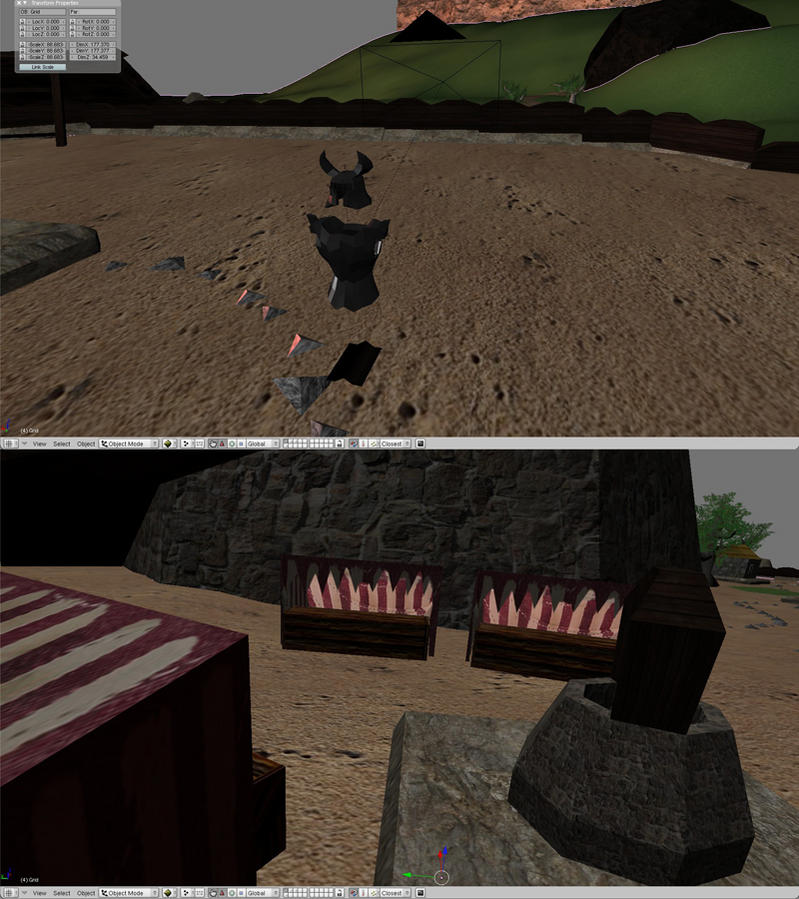 Wow, let me give you some advise, get rid of the lamps! you have like over ten of them in the scene, six in those fires of yours, you would really only need one in each of those, but even that is unnessecary, I would delete all those lamps and put only one or two suns in the scene, because lighting is a big fps eater, I would of used stencle instead, but thats kinda confusing if you’ve never used it before, but that many lights is really going to drop fps, anyone having problems with this I would recomend removing some of those from the scene, also for your little stage fire, why not just bake the lighting, then get rid of the lights, it would save fps greatly, also I would use an occluder, just copy your surrounding fence and shrink it a little, then set it from static to occluder, it will remove anything on the opposite side of it from the scene, speeding up fps, then when you walk around a corner it will add it back to the scene, trust me, for a scene of that scale you’ll need it.

hey JESUSFRK14 and Inferno
cool that you reply here

about the light’s, yes the outpost place has gain little attention in the past.
I would realy like to improve this and when we can save some fps thats a deal worth it.
But you would have to explain it a bit, i mean i do understand to remove some lights, but i never used the stencile, also about the occuler,

i could make a local occuler so that anything that is not visible anymore (due to fog) would be cut off by the occuler, or did you mean a global like one?

The next bigger thin is the wall of the village, i think its a bit to boring now and i will try to
change it to the better, in this step i could also improve the outposts with its lights.