Thought I’d share an image I was working on a few months back - it started off as an exercise in lighting as that’s an area that’s been lagging behind in some of my renders, and the scene became sort of a sandbox for various ideas. Since then it’s found a bit more focus - though more in setting an overall mood rather than telling any kind of story…

I was planning to finish the image up and post it here (been using Blender for a few years but never dared to share an image before, besides a header on blender nation in Jan) but soon found that not only had images based on similar themes already been done quite a lot (I’d blundered into the middle of a robot rendering competition for a start) but they’d often been done much better than mine (enricoceric’s “To charge my batteries…” as an example)! Instead I’m posting the progress so far in order to get a bit of feedback - I’m interested in improving in all areas of my technique so any comments/suggestions welcome (I think properly texturing the robot needs to happen soon…). Dream is to one day get some good comments from some of the rendering masters on here!

I’ll share the full .blend file if there’s any interest so others can pick it apart and learn from it if they want.

It’s all modelled in Blender and rendered in Cycles, with a bit of compositing in Blender too.

P.s. Yes the foot is rubbish - I’m working on that 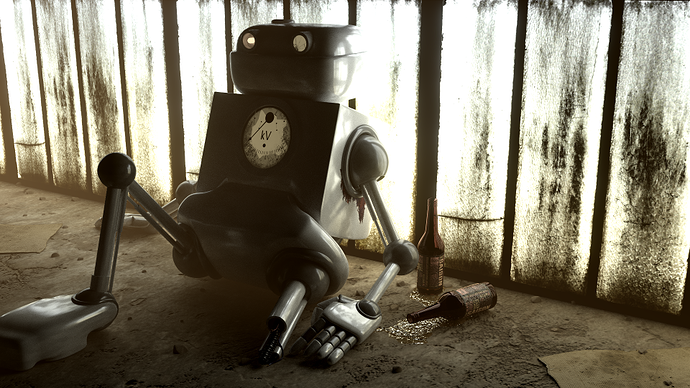 Remodelled the foot and some extra details… 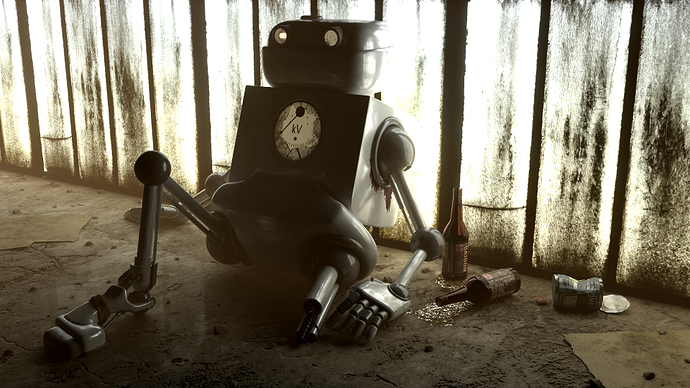 Thanks m-squared. Yeah I don’t think there’s too much more to do to it so can hopefully wrap things up soon. Although I have noticed a reflection on the concrete I need to fix - no idea where that’s suddenly come from…