Hi guys, I’ve been trying to get a little bit back into blender lately, and I’ve been creating a new character for 2.5. As simple as possible and fairly generic. And I’m having a number of problems:

Other than the problems I’m having, the rig is pretty much done, simple, and solid. It handles similar but better than my last 2.49 characters.

Back from Sicily, still not too focused on blender.
problems solved: the eye tracking, and found a way to mirror weights. Left is how to input more precise values for the sliders.

One thing I haven’t found in blender 2.5 is how to snap the objects pivot point to the 3D cursor.
Anyone knows if it is in 2.5, and if yes, where?

One thing I haven’t found in blender 2.5 is how to snap the objects pivot point to the 3D cursor.
Anyone knows if it is in 2.5, and if yes, where?

Thank you, the shortcut works, but I still can’t find it in the button menus. Not in the 3D view buttons or the properties window menus.

The object or mesh menu is in the 3DView - next to the mode menu - has the transform options.

2.5 doesn’t use the properties panel (which replaces the old buttons window) for modelling tools like 2.4x does.
You can manually add it to the top of the tool shelf if you wish.

DO you have a screenshot? I have looked through these menus you mentioned, and all the other ones, still can’t find it. 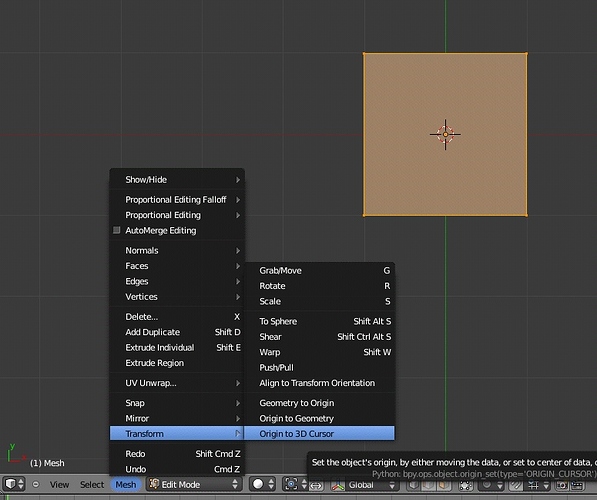 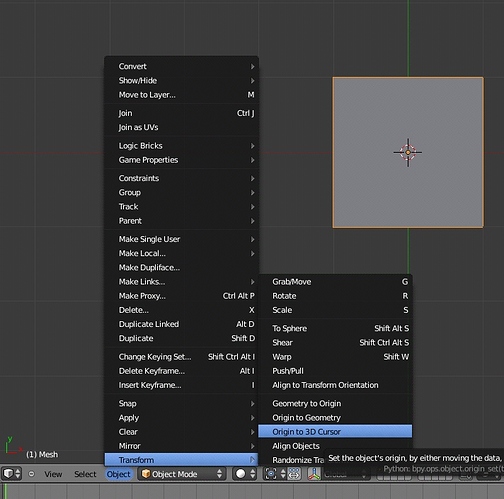 thank you… stupid… looked through all the BUTTON menus… was expecting that option be be in there somewhere.

Anyway, had a great seminar today, so I got inspired to try this (anyone recognize where this is from?):

or this from an older version:

It looks like a wushu stance.
So, how did you mirror weights?
Nice simple model, by the way…

Actually, it’s wing tsjun.
I didn’t really mirror the weights, I just copied the character half, mirrored it in editmode and renamed all the .L weights to .R. It’s tedious, and I think the mirror weights in the mirror modifier is just broken.
Thanks.

update: squashed some bugs on the eyes, to find a new one. the old axis flipping issue of track-to and/or IK constraint for the eyetracker bone…
Another Issue I’m having is that in pose mode I can’t rotate any bone along it’s local axis, no matter what rotation mode I set the bone to. (quaternion, axis angle, all kinds of euler… WTF?!?)
That one is really annoying because I really like to pose using local rotations for things like shoulders and the head.
EDIT: so of course, I’m asking if anyone knows of a solution or explanation to the local rotation issue…

update again. All known bugs squashed, might have another look at the weights for the shoulders. And added that little menu for switching between controls. Yay!

Does anyone feel like testing the rig? I’m not sure if I’m going to release it. I was planning to try and sell it for like 5 EUR, and donate 2 or 3 EUR from that to an orphanage I’ve been teaching English last march. You can find info and photos at my site: http://thelowlander.wordpress.com/
But it has been a few months, and I have less and less contact with them now, so I’m still doubting about selling, keeping it just for my characters, or releasing it open source.

I do really like how this rig is turning out…

Also seems quite expressive…
How do the shoulders look from the back or side in the head stand and bridge?

Thanks.
Bad, they twist. I’m remodeling them, but I don’t know if I can get rid of the twist altogether with this low polycount. Or I have to try and build some kind of muscle rig for the shoulders. I don’t want to use shapekeys… The aim of this rig is to keep it as simple as possible, with maximum control. Don’t know what I’ll do yet.

What you need is probably an extra loop around the shoulder, and none of your remodeling ideas seem to give exactly that, although number one is close. I guess that loop could double for defining shoulder blades, so it would not be entirely unjustified…