This is my work on a crystal planet - the crystals are not there yet.
I started creating the base formation and added small rocks. 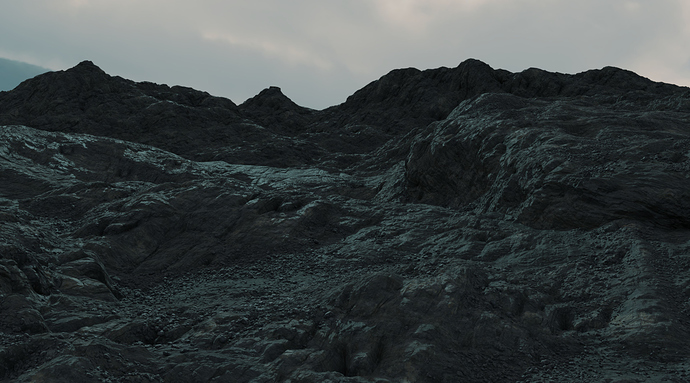 Good concept. Keep working on it. I am too working on moon mining base. Moon textures from NASA are rare.

I would like to know how this was made please?

Most magic is done by the photoscanned rock texture shown in this render. (It is just the texture with displacement - using the new microdisplacement feature)
I scanned this texture from 43 photos using software called OpenMVG and OpenMVS, Then i baked the texture and displacement in blender from the output of that scan. 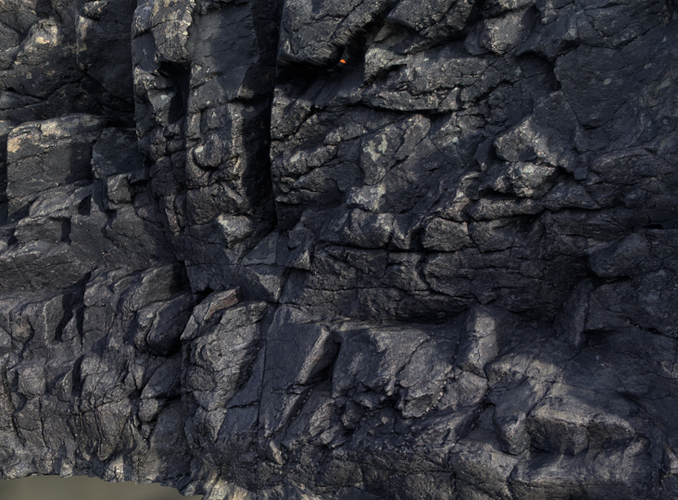 I control the amount of this texture with vertex colors / vertex paint on different places of the mesh - with two different scales of the displacement texture - each controlled by own vertex color.

A bit stuff is done by sculpting and the rocks are controlled by weight paint.

Wow! Wish I know how to do that!

How much roughness variation do you have in your rocks? It might just be me, but I could see the quality of the render improving enormously with more changes in roughness.
Also double checking, is your rock just really dark, or is it not lit by the sky? (Are you using HDR lighting?) The lighting on the rocks seems oddly… off? I don’t know. The shading on the rocks seems to suggest strong, sharp backlighting, but I don’t see that in the sky image.

Looking pretty good so far, though!

I use HDRI lighting and it is supposed to be that dark, I add light emitting crystals later.
The current sky background is from the HDRI but it is not the final background, I will add a better background later.

I added variation in roughness and started working on the crystals now.
These crystals are going to have more variation, these are not finished yet. 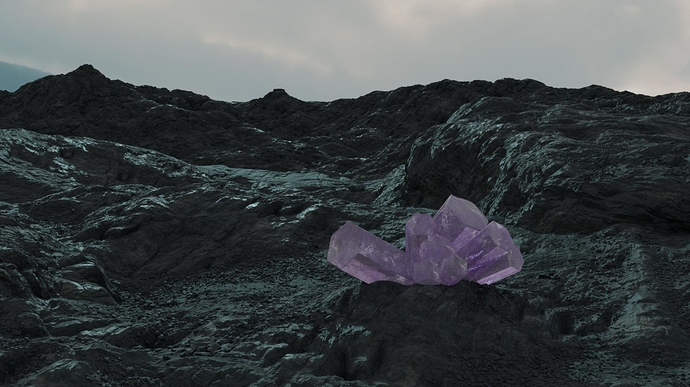 Nice! Looks quite promising!
The crystals may need some sort of ‘skirt’ that merges them better with the rock /ground, though.
How are the crystals going to luminesce? 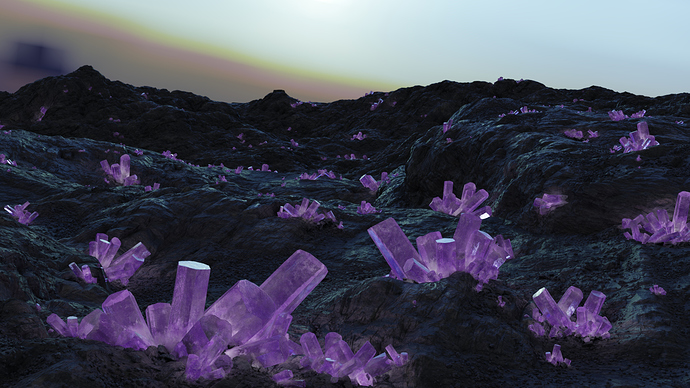