I’ve recently started working with Blender, and after studying a plethora of tutorials, I’ve finally decided to start on my first project.

The subject is a character from the webcomic MSPaint Adventures known as the Pickle Inspector. Or rather, the godly incarnation of him (see attachment).

This is basically a learning project for getting a better grasp on modeling, texturing, lighting, and compositing. My intention is to create a detailed, stylized render with a ethereal quality to it, similar to a painting of a Hindu/Buddhist deity.

I’m toying with the idea of making a short and simple animation (around 10 seconds), but that ultimately depends on how the model turns out.

Any constructive criticism and suggestions would be greatly appreciated. 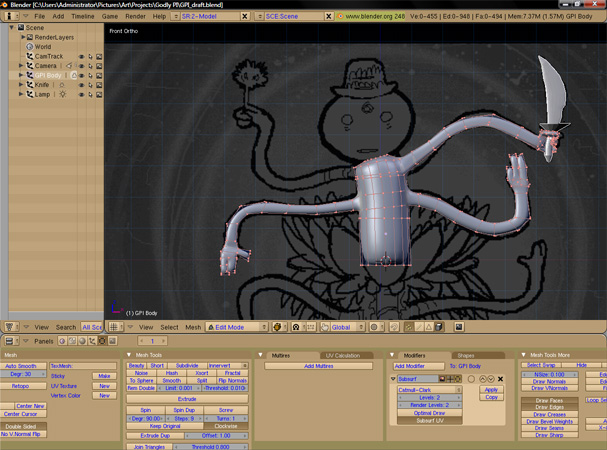 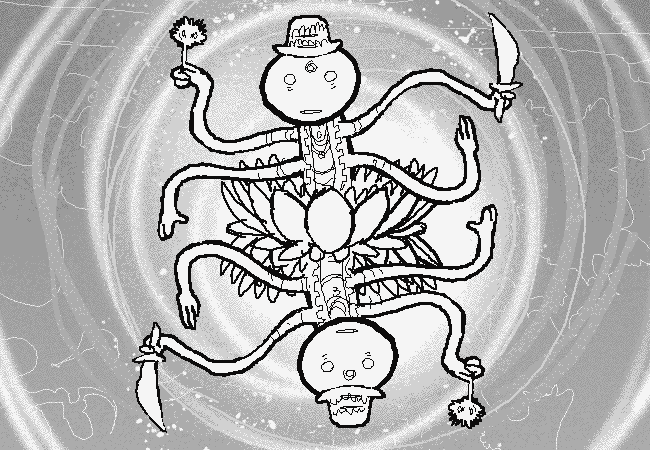 If there’s one thing I would suggest immediately, it’s that if you’re planning on doing any kind of animation with this…thing, then you’d be far better off modelling in a static and natural pose. Trying to rig something that’s already posed usually always presents problems. Other than that, too early to say anything really. The idea of seeing this in 3d made me chuckle, so I hope you finish it. I think if you really do a good job with the materials you could turn this one into a wallpaper.

@Midian
Thank for the tip.

The animation I have in mind is very minimal. The only part of the model that will be moving is the head and possibly the hand that is holding the lotus flower (if not just the flower itself).

Basically, the idea is that the camera will zoom into a close-up of the PI looking into the lotus flower in his hand (see attachment). With some camera trickery, I should be able to pull it off by simply rotating the head and shifting the lotus flower over, since the rest of the body will not be visible.

I don’t plan on jumping into full-scale character animation just yet. 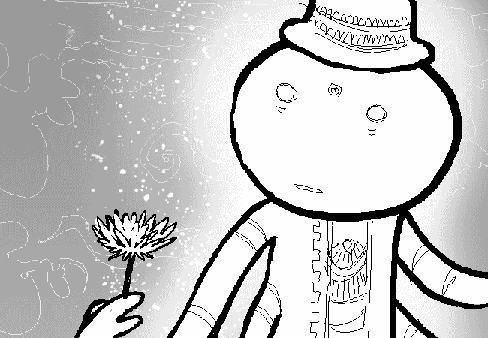 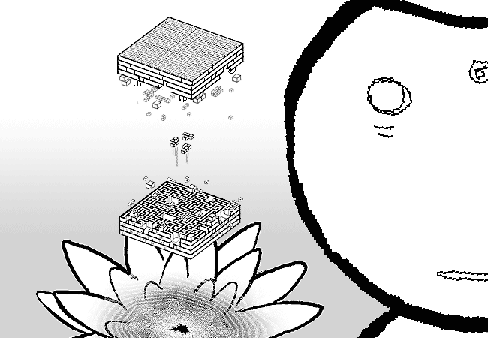