I’m really happy with the way it is looking. I was torn as to weather I should go with the movie interpenetration, or something closer to what I imagined from the books. Only because of what you just said, it looks obvious that he’s a bad guy!

I think to take this further you should look to remove any repeated textures and add a slight bevel, degradation and unevenness to the edges as they seem unnaturally sharp. Maybe small chunks of rock have chiped off over the centuries.

Totally agree. Originally this was going to be a much wider shot showing the entire ring of Isengard. I definitely have more to do now that the camera is pulled in so close. Those trees have to go as well. They are also lacking in detail.

Ok I didn’t think those were trees but it makes sense. I thought it was grass and we were looking over a hill as if we are approaching Isengard.

I think a ground level view looking down a road to the tower would be interesting. That’s going to be the next idea I experiment with.

What I want for this scene is to have the camera at eye level, rather than looking over the trees. To that end, I have been playing with different ways to make trees in the style I think would fit the scene. This is my best result to date. I’t similar to the way I made the tree for the Hobbit Hole scene. 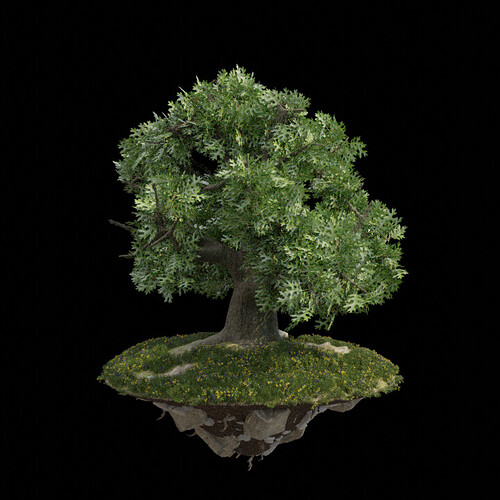 Here is a timelapse or the process as it stands now.

A step in the right direction… The camera does feel too high off the ground. It’s as if a very tall person or Ent is taking the photo.

Also I have to say the birds are a nice touch. Are they models or a image texture?

I’m not sure what to do about the look of the camera being too high. I agree it does not look quite right, but it is currently at eye level (1.5m). I’ll have to see if perhaps my trees are not scaled right.

The birds are image planes

I thought they gave it a better sense of huge scale. Also, Saruman used birds as spies.

For the scale I think the DOF is too shallow making it feel more like a miniature. You would have a hard time finding a camera/ lens combination in the real world that would give such a shallow depth of field when the focus point is very far away and during the middle of the day because the aperture would likely be smaller.

Also yeah play around with proportions and maybe the texture of the trunk and leaves as they feel kind of smooth and plastic at the moment.

A minor update. I have added bevels to the tower, dialed back the DOF, added bloom and lens distortion, increased the resolution and samples, and made sure the camera is at eye level. 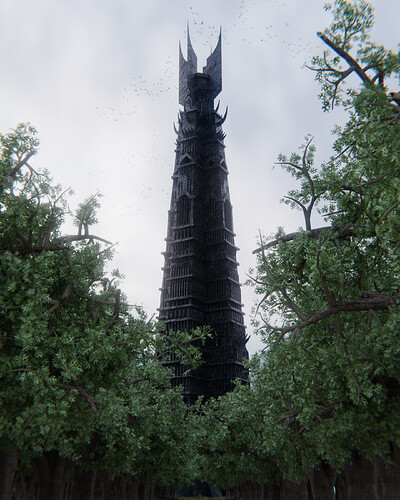 It’s looking nice. If you are going for photorealism. I would redo the trees.

This is an image from harcourt park, the filming location of Isengard in the first film. The tree’s are much more full.

You should consider using a tree add on. Usually you can get nice results.

Its a bit more expensive but there is The Grove and once you have it you can make nice trees forever.

Real Trees is a pack of 20 tree models

Whatever you do make sure the leaves have an image texture that way they dont look so uniformly green.

Either way this is looking good and I think compositionally you are there.

Great tips. The Grove is definitely on the “buy that NOW if it goes on sale!!!” list

I had a particular style in mind that I was trying to produce, but I may need to go with downloaded assets to achieve photo realism.

Have you tried the built in sapling tree gen add on? I have achieved good results using that combined with nice image textures. It gives you a lot of smaller branches which is what I think is missing from your tree. It’s too tedious to do by hand.

I have. I will revisit that before buying anything.

Here is my latest attempt at better trees. Still clinging to the idea of using something free, I am trying out the M-Tree add-on. This seems to work well. There are some issues I have yet to overcome though. For one, the trees cannot be appended to another scene. There must be a way to convert these to standard geometry. 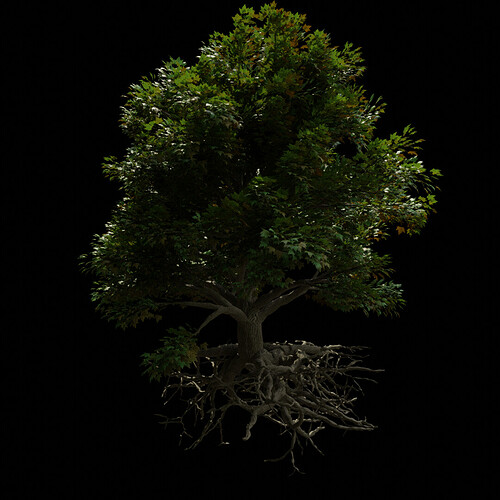 I’m liking the new trees. I’ve never used that addon but the result is nice.

These are much better than the others. However, even though they do become real geometry in the file they are created in, they do not appear to be exportable to anything but OBJ. The resulting OBJ imports bog a the scene down to an unusable state.

Perhaps the trees should be their own work in progress at this point. Here is another one. I believe I have overcome some of the exporting and appending difficulties I was having with trees created with MTree. 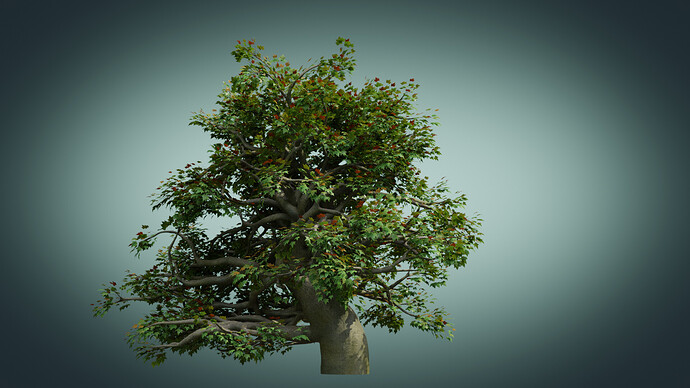 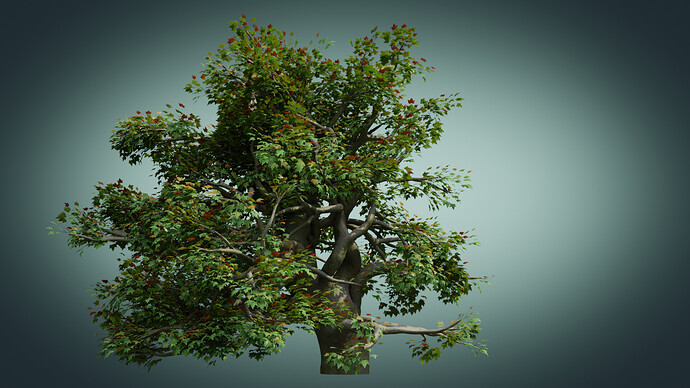 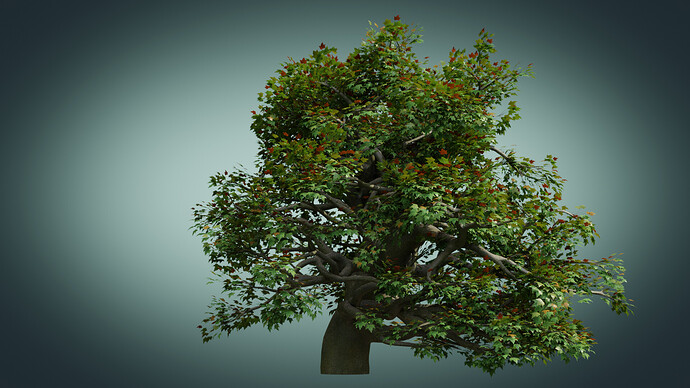