Just testing out my new Intuos4 by trying to re-draw a frame from ep. 113 of Naruto Shippuuden at 1080p. This is my first ever attempt at a virtual drawing and I’m not so great in real life, so don’t expect wonders.

Here is both the reference frame and my work so far. 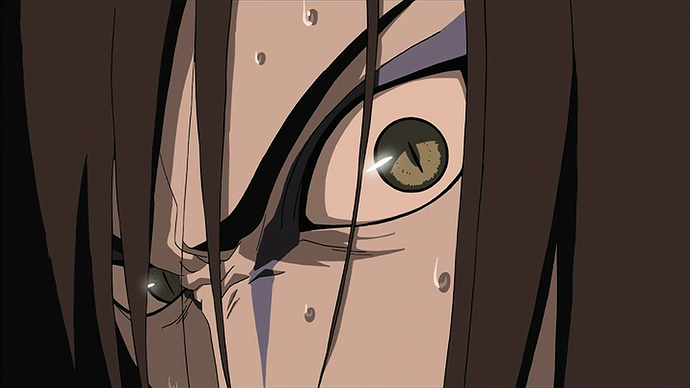 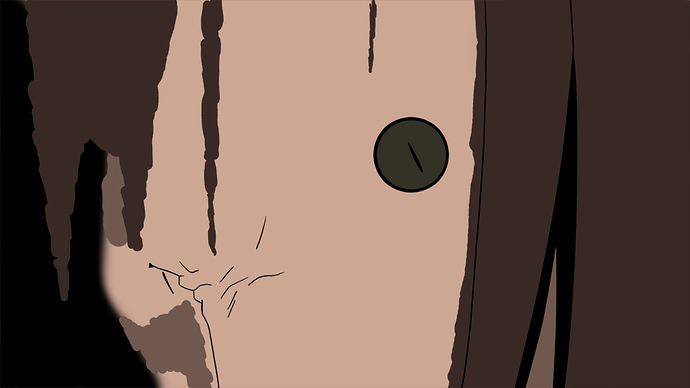 I’ll update as I go, please critique. I think my lines look a little shaky, but they’re not too bad… Re-creating the outlines for the hair is going to be especially tricky.

if you’re using gimp or photoshop, try the paths or pen tool for straight lines. also, block out the general shapes first like the eye then get into details like wrinkles/iris.

I used the pen tool to get the shapes of the pupils right, but I hadn’t thought of using it for simple lines yet. Thanks, I may re-do the line work that I have so far.

I’ll also try blocking in the larger features first as you suggested. BTW, I forgot to mention that I’m using Photoshop CS4 for this.

Since you’re recreating an anime frame, may I suggest that you trace it? Just scale it up to 1080p, use the pen tool to outline each area that’s a different color, and fill. Easy and fast.