I started the project a year or too ago. But i completely started from scratch. I have much more experiance now. But I am still a little un happy with the breast plates. I still have to do the groin plate and the cool part the HELMET!!!. Please tell me what you guys think.:evilgrin:Sorry there are no textures yet so its kind of hard to see stuff. I completely made everything myself.

Pleas Comment i need to know what you guys think!!!1

I made more progress today. please tell me what you think any critques are welcome.
Please comment!!! 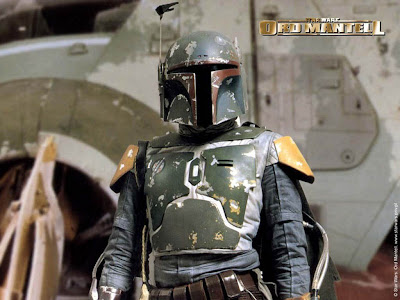 his armor is actually very simple. Try making the armor more bulky, and note how it looks like plastic plates glued onto cloth garments.

Try to approximate the shape without subsurf or the “set smooth” features. That way people trying to help can see the topology as well.

I didnt get that much progress today but here it is. The helmet texture is aweful. I think i might completely remake the breast peice i have an idea to get better topology. thanks for the critics and more are welcome.

hey great job so far, might define elbows a bit better, mask doesn’t seem to have any thickness to it (might be wrong though) oh and i don’t think his metal armored vest would have sleeves, but that’s just me.

Hey guys thanks for the comments. sorry its been a couple days since my last post but heres some more progress mainly the helmet.
Pleas keep commenting!!!:yes:

the helmet is really cool, and the jetpack too

Hey guys, sorry its been a while since my last post. I had to go back to school since winter break was over:(. I havent made much more progress but im still chugging away at it. thanks for the comments and more are welcome.
PLEASE COMMENT!!!

I made more progress today. making the rifle and i rigged the entire model though you cant see it. i did some “test textures” for the rocket pack, i merely intended to just see how well i un-wrapped it, I will change that later. I just wanted to post something cuz i wont be doing much cuz of school:mad:. I will probally post in two weeks cuz next weekend is the Chicago Cubs Convention.
PLEAS CRITIQUE!!!

That must feel kind of freaky seeing him spin around in 3D space right on your computer. Nice work.

Hey guys i think i can finally say i finished a project. i want to finally close the book on it. . im not going to post any pics.