[WIP] The Models of Destiny

Hi all…me and my friend Mike are working on a project that he had the concept for many years ago. At the time, neither one of us had the necessary skills or tools to bring it to life. But now, we feel the time is ready to do just that. Since I am doing all the modeling in Blender, I’m going to post my WIP’s here. Look forward to any thoughts and comments. :eyebrowlift:

Destiny is about a ship and her crew set around the year 2125. Mankind’s space exploration has finally reached the point where we can take a long-range exploration ship and her crew and discover first-hand the mysteries of our galaxy. The main characters include the Captain, the 2nd in command responsible for the unique propulsion system, a corporate woman who is more interested in the company that funded the mission’s bottom line, a young but brilliant astrophysicist, security chief, pilot, doctor and more. Originally conceived to be developed much like a TV series, we are creating this as an animated graphic novel so the stories we have in our heads can finally be told.

I’ll be posting some images of the main ship soon, but I just started to work on the bridge tonight, so here is where I am at: 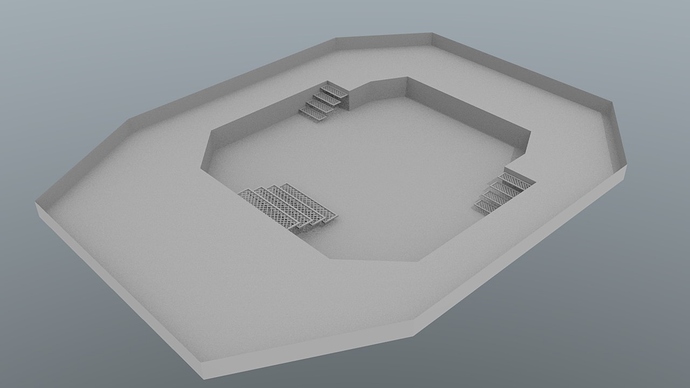 Working from the reference picture Mike gave me of the bridge, I realized the steps were way too big in relation to the size of the bridge. So, I invited Jax on board for a frame of reference and corrected the steps and handrails. “Jax” is Simon Jackson, 2nd in Command of the Destiny. 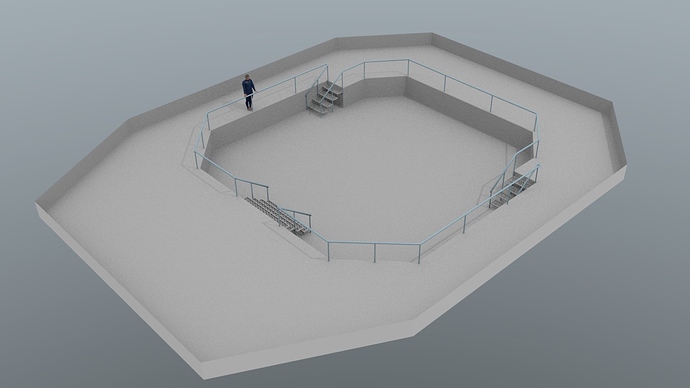 One more for tonight…added the “Table” and some placeholders for the panel locations. 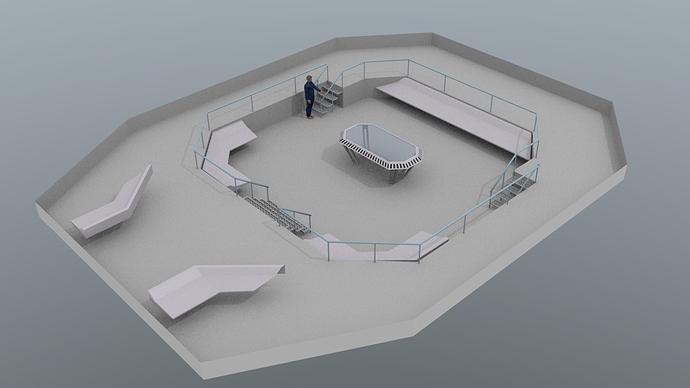 Looks. Really nice can you uploud that humam? Blend file because i need somethink to show scale. I was trying to creat it manualyy but it looks really bad ;((

Looks. Really nice can you uploud that humam? Blend file because i need somethink to show scale.

Hi Kramon, thanks! Probably would be much easier if you create one right out of Make Human…it’s super easy. If you haven’t done it before, check out my tutorial here: http://www.youtube.com/watch?v=m3SdEt5hDWI

Looks pretty cool. Is this for a game? What are your goals with this?

Looks pretty cool. Is this for a game? What are your goals with this?

Thanks for checking it out. The format will be like a Graphic Novel, but will also contain some animated scenes. Here is an early test that will give you an idea of the format: 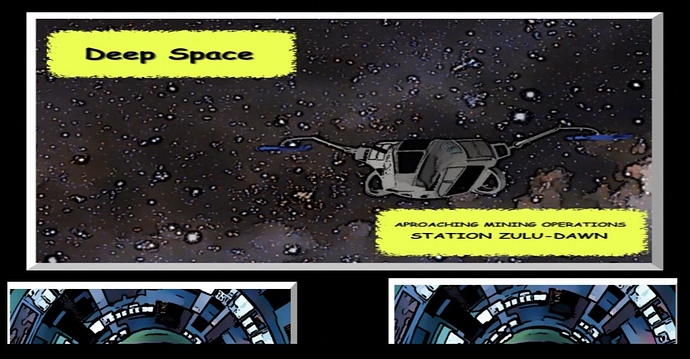 Is that the scout ship from your Mothership thread? I like how the bridge is coming, by the way.

Is that the scout ship from your Mothership thread? I like how the bridge is coming, by the way.

Thanks…yes, it is. Just a test on the “look”, though. We don’t have any current plans to use that model.

Thanks for checking it out. The format will be like a Graphic Novel, but will also contain some animated scenes. 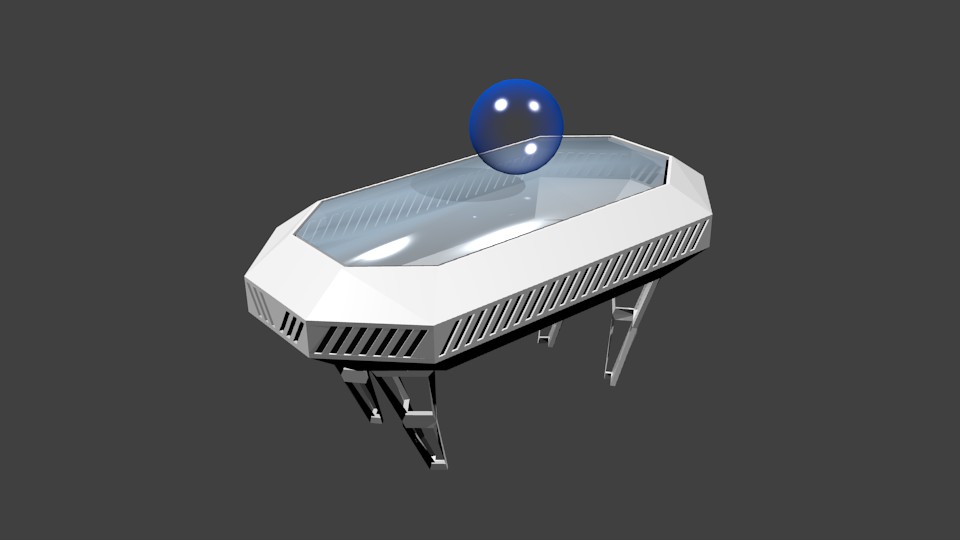 The Table so far…as you can see compared to the last image, quite a lot of changes.
So WHY is there a table on the bridge, you may ask…well, this is actually a holo-table and is the centerpiece on the bridge. It will be an area where the crew can pull up images of star systems, ships, whatever the tactical situation needs… 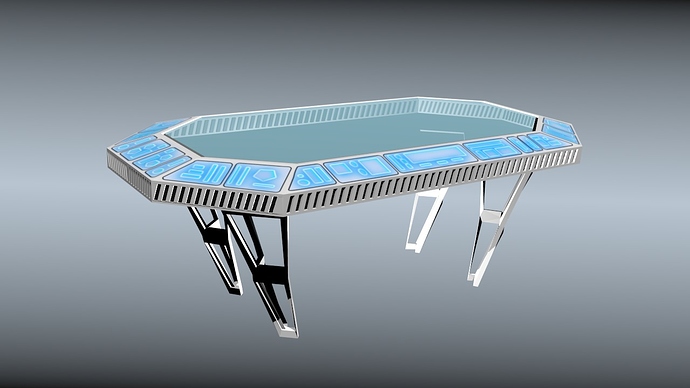 I think if this is sort of like a computer screen table you should make its mount more futuristic-looking. I wouldn’t be that surprised if I saw that in some rich person’s apartment, it’s a little too - well - “architectural”-looking.

A brief detour from the bridge to make the “Grapple” which will be used in the teaser. Here is the ref pic (Mike’s original drawing). 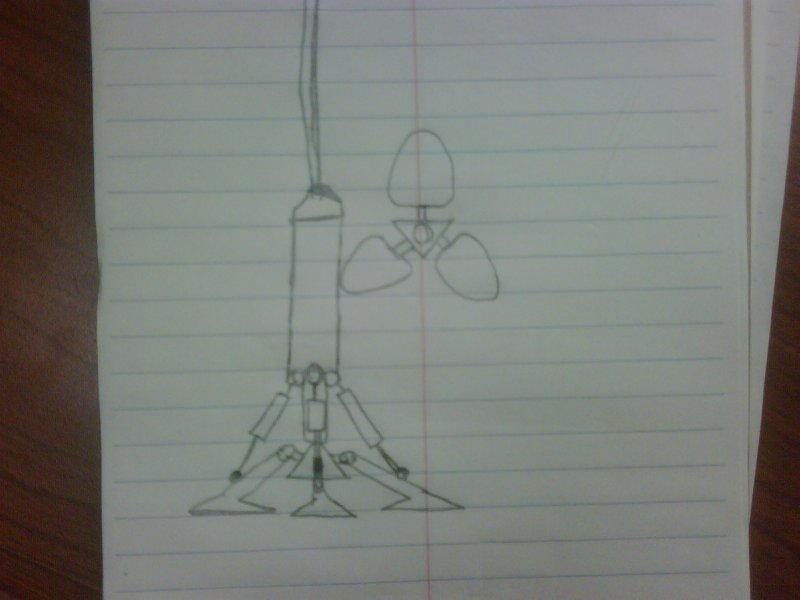 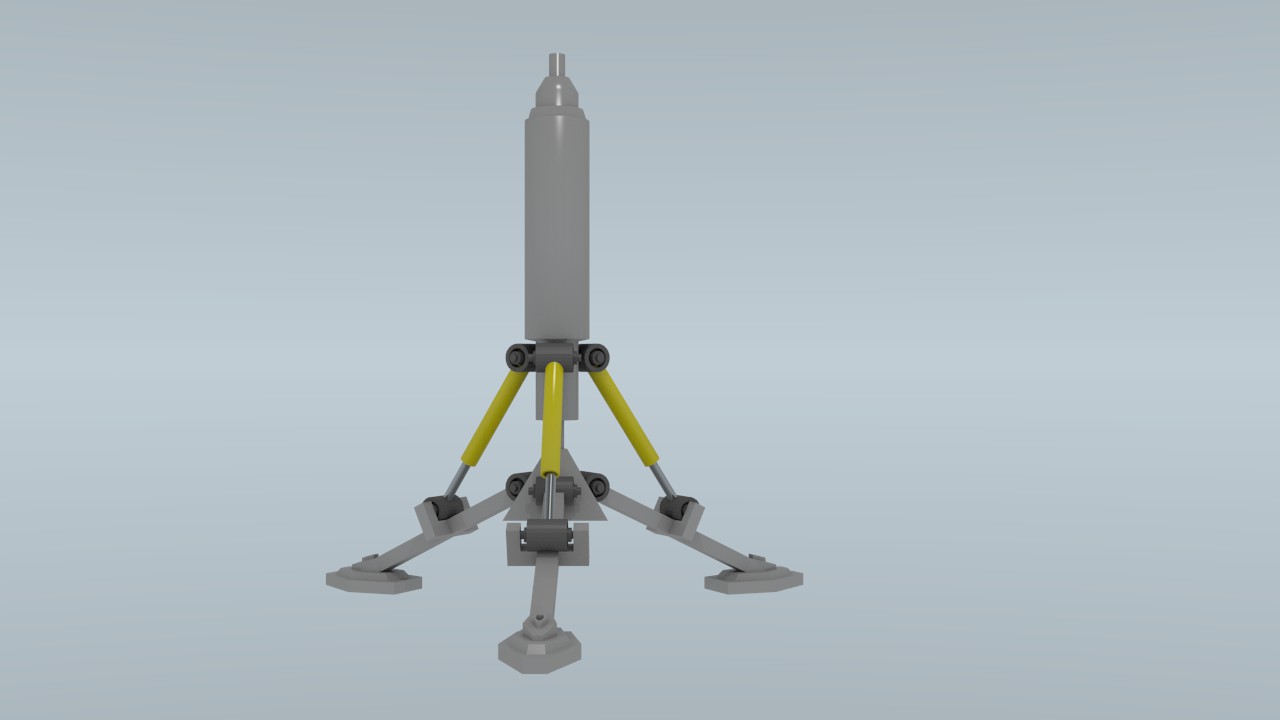 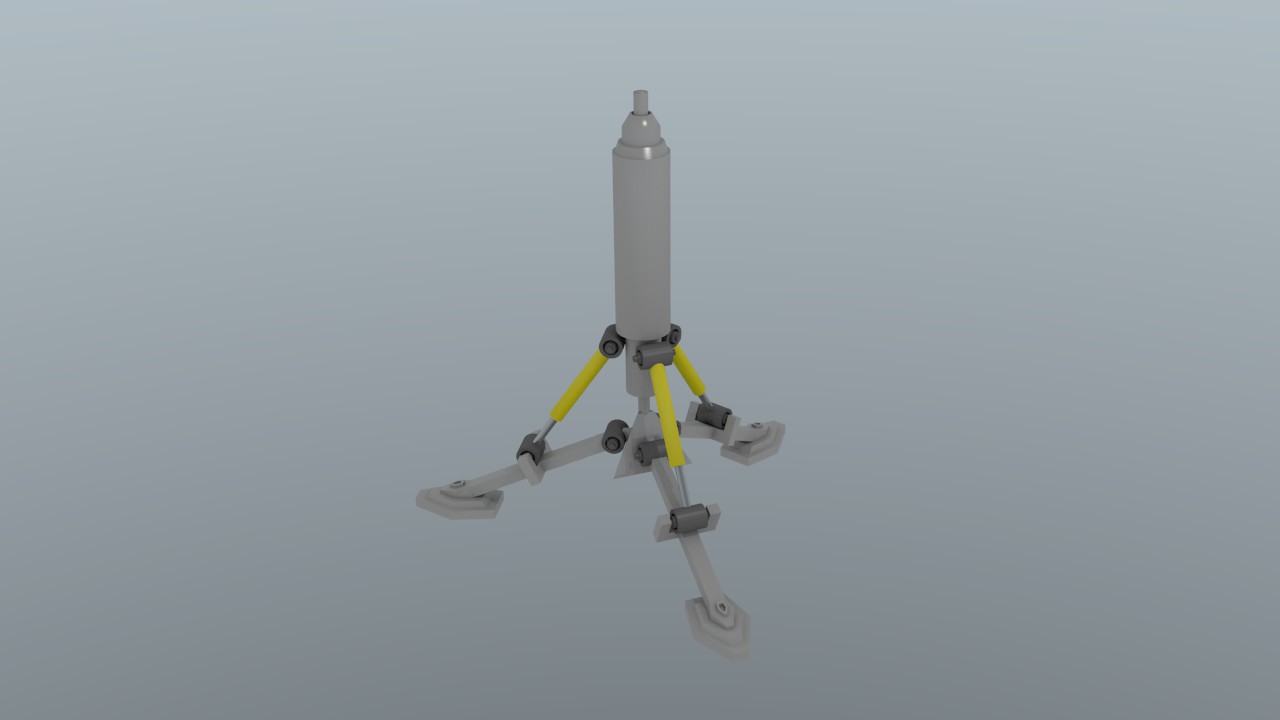 Back to the bridge…as you can see I’ve been working on it since I last posted. Next is to put some panel work into the side walls and hopefully finalize how the controls on all the consoles will look. 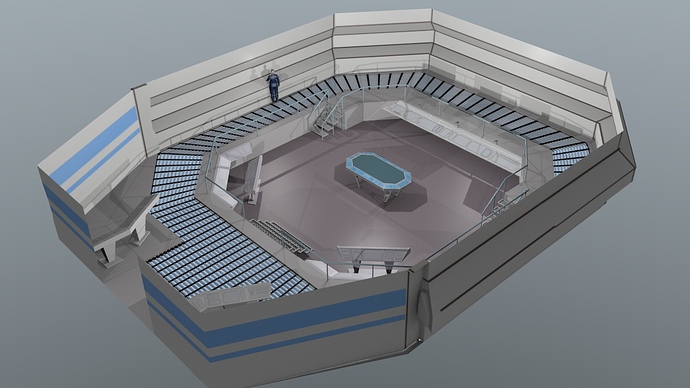 More progress on the bridge. Added some side panel graphics and translucent panels around the center handrail area. 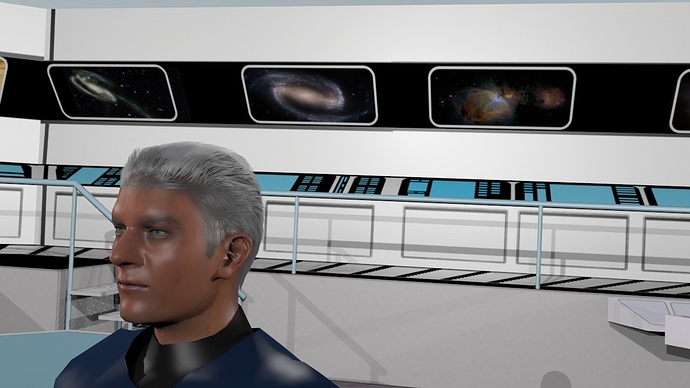 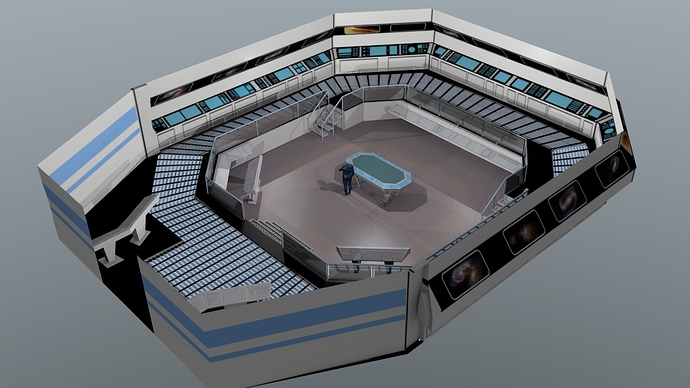 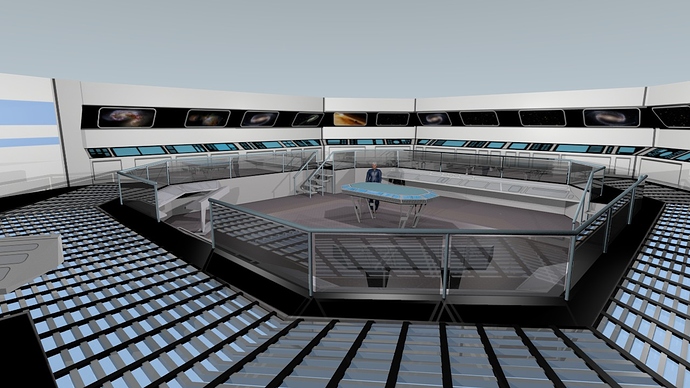 Added the beginnings of the rear section of the bridge. If you leave the bridge, you will go through a glass turnstile door. Once in the back area, on the left side will be a door to the Captain’s meeting room. On the right side will be a door to Ms. Arroway’s office - a character that will be a thorn in the captain’s side. If you go straight ahead, you will see the stairs, elevators, lifts or whatever it’s decided to be. The side rooms will remain unfinished for now…won’t be needed until much later…and I have lots of other modeling that needs to be done. 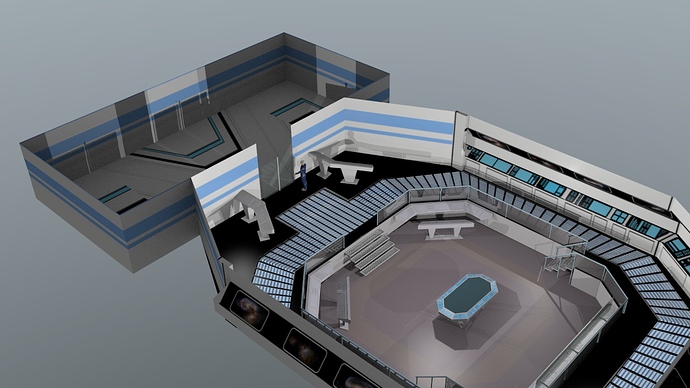 Now to introduce the star of the show… this is the esc DESTINY. I originally did the model in Maya a long time ago. The shot you see here is the model I am working on from scratch in Blender. 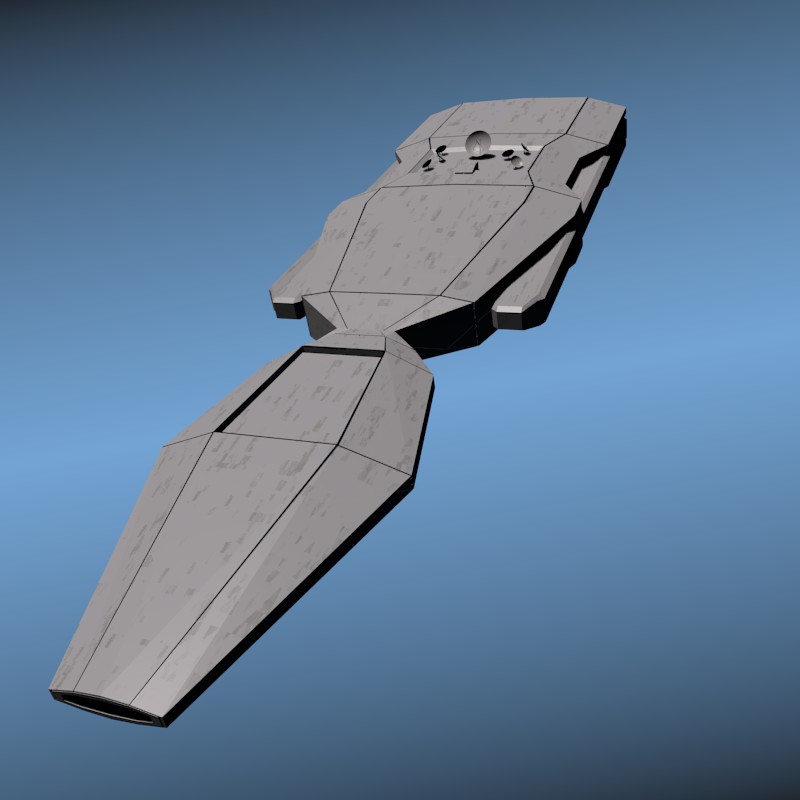