After many failed attempts to rig my first model in blender,
I went back to play around with sculptris to revive my interest for 3D and having fun again.

The scratcher is a failed project to enhance the self healing abilities of humankind by experimenting with lizard DNA.
While some attempts ended with lizardmans (just like in spiderman), some other subjects just died.
And some others turned into some horrifying zombie like creatures.
Their arms end in large, deformed and deadly claws which are scratching over the floor while they walk around.
This behavior gave them the nickname Scratcher. 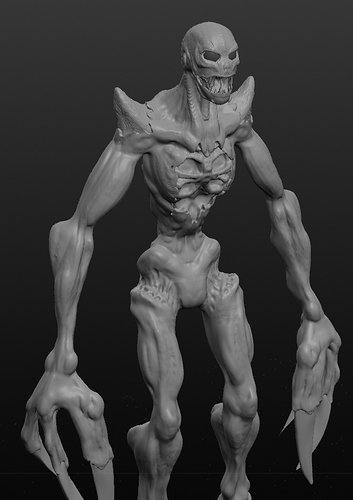 This is really nice. I love the extra Anatomy in this.