I started out with a Make Human model (I initially wanted to do it on my own but can’t for the life of me wrap my head around face topology) and changed his features a bit. I eventually want him to look much older and a bit more evil. I’m going to get rid of the particle hair on the eyebrows and eyelashes and model them out by hand so I can get the look that I want. The tunic is just a place holder for the moment as I work on learning how to make clothing.

He will eventually get rigged for an animation that I’ve been kicking around for about 6 months or so. I’m pretty sure the whole process from modeling to animation will take about a year. I’m doing a lot of stuff in Blender that I’ve not done before so it’s been a bit slow going. 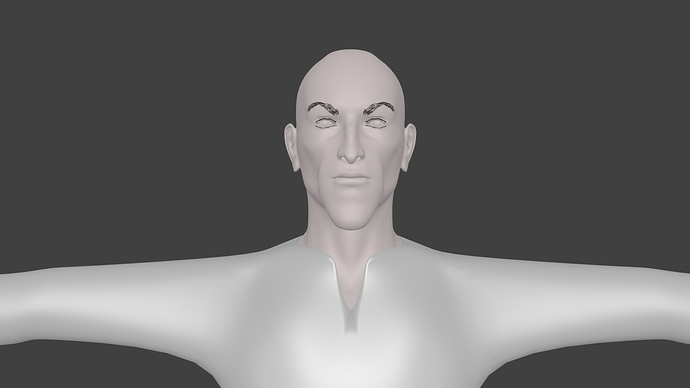 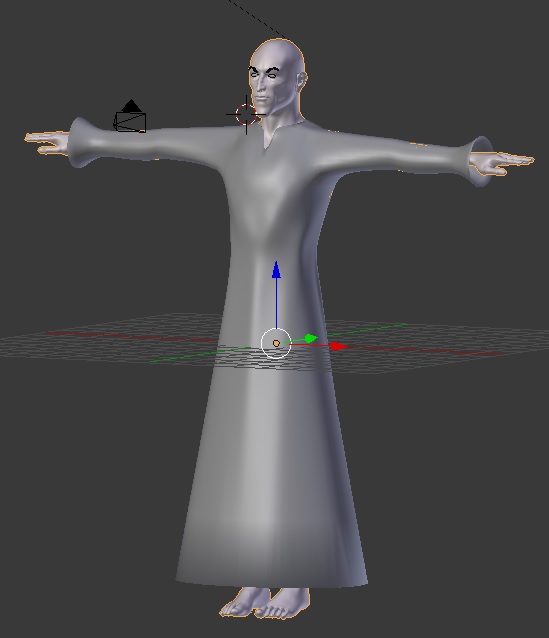 I know he’s way to large and I’ll scale him down once I can start making his shoes and other attire. Once I can get all of that done I’ll move on to texturing. The whole project isn’t going to be photo-realistic not sure if I’m going to go with regular Blender materials or toon shading yet.