Would love to get some feedback on the work. 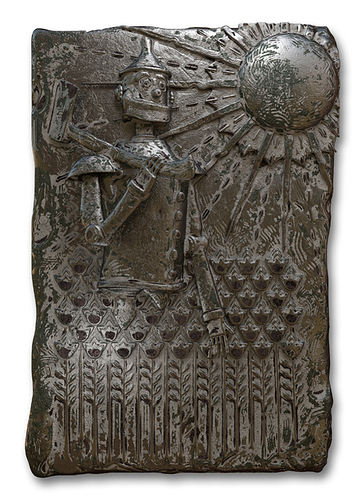 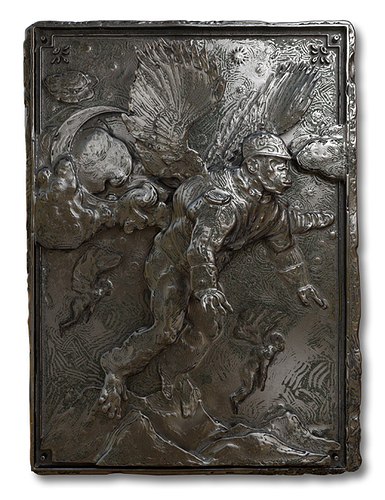 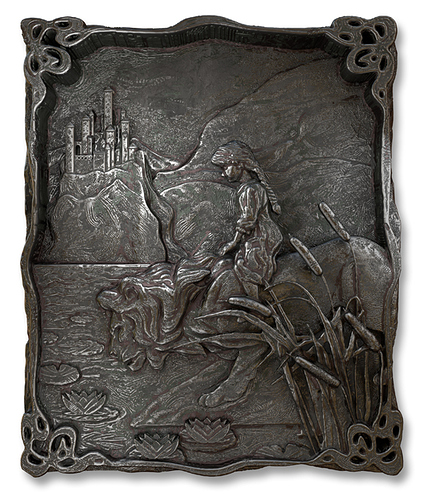 Wow! Really high quality. I love the idea as much as the finished results. A metal emboss - a great way to show off the model, as well as giving them some gravitas. The modelling is superb, as are the textures. I like the battered look of the tin man panel - just like the tin man himself. I also like the art nouveau style frame of the third one, it really ties it in with the age of the original story (I think), and makes it look as though it could’ve been made at that time. They all look very realistic, too. Great work.

This is really incredible. I love the sculpting and the texturing is just superb, looks very real!

A lot of work went into the meshes. You must be mentally exhausted!

Thanks, Michalis. I’m a huge fan of your work! Your material node settings have been very helpful in some of my projects.

Yes, a lot of work! But it’s easier if the final result turns out well. And I tend to gravitate to more complex projects.

Truly beautiful stuff! I’d really like to see the wirefames…

Amazing, they are incredible! Beautiful work!

This is something I really like. Very realistic also. Good job to you.

I like the detailing, and the idea of doing this as a relief, wow! Thank you for sharing, very inspiring ideas and work!

Truly impressive. Congrats, you have really done a great job. We can feel the hard work, love and passion put in there. What can I say more than continue to make us dream :).

Stunning relieves, great concepts and really nice textures. There’s something in these images that makes me stare at them on and on…

These are great! I’d love to see screenshots of the wireframes and even the texture setups, if you’d be willing to share.

Thanks, Klutz! I’ll try to get the wireframes up soon.