Concept%20art.jpg1024×768
This one has the discombobulated armor stuff. Thought it looked cool. Wolf%27s%20bane%20After-shop.jpg800×600
I kinda used gimp to spice up the effects for the engines stuff, as it looked as if Halo wouldn’t work good here.

Now, let the comments arrive. I’ve been wanting to improve this, and have no clue how. That’s what y’all are for, right?

Well unless your goal is a game, dont worry about poly count so add some polys and make it more detailed.

Go into edit mode press “w” and select “set smooth” to apply a smooth shader to the selected vertexes.

Ooka, koolo. I had applied the discombonkulation, but it didn’t achive the right effect. I kinda want the plated armor effect, but am not sure how to get it. I’ll be working some more on it.

you can use the discombobulater for armor still, deselect make doodads and have it only make protrusions . Leave the taper settings at default and set the max and min height to 0.01. This might achieve the effect you want. See Suzzane example below 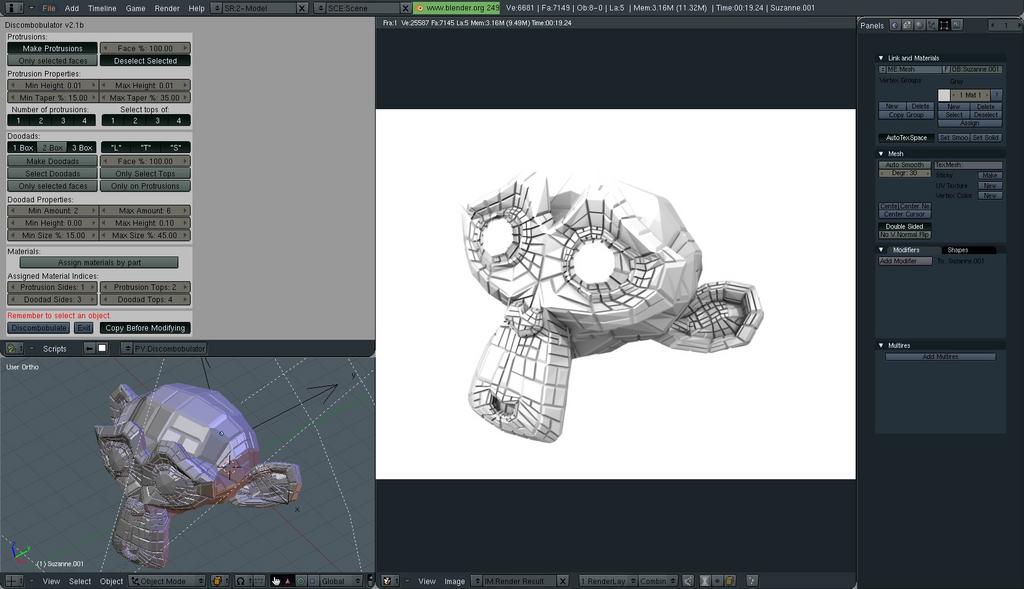 oh, I forgot, for the engines, you can increase the emit value of the material, make it shadeless, or parent some spot lamps with halo effects to the ship. There’s lots of ways to fix that.

Ooka, I blush for shame. I left this for too long. I’ve been working on it on my own. I realized that having it reduce to a single Vertex along the wings area was a bad idea. So I went in and changed that.I’m also trying some of the thing’s y’all suggested.

If y’all want, here is the .blend

I’ve done the armor thing you suggested. I like. A little tweaking would make it better but It’s a good base. Thx much. As to Engines stuff, If I could figure out fog settings, I might be able to use some better. I recently found Halo with Spotlights. It’s too round for this application, but a good basic Idea none the less.

I applied the smooth, but it doesn’t look right. It kinda smudges the lines. Thx for the advice though. I’ve used Smooth on other things that looked better. Till now, never knew it existed.

I’ve added more in the “wing” connection area. And games… I’d like to, but I can’t program games yet and as such, It’s just for looks. I’m adding more poly’s slowly. 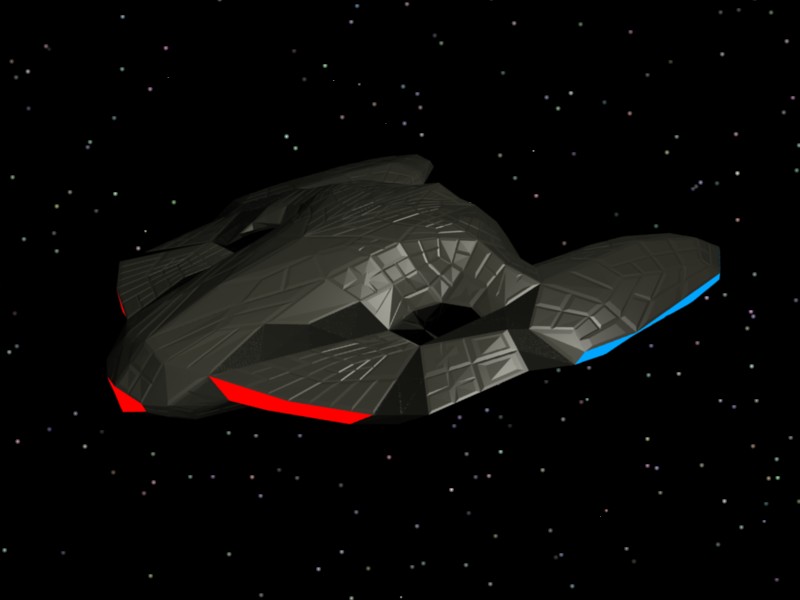 Much improved. I think spotlights can have a texture to make them square, or even a square setting if I remember right. Lighting’s not really my thing. keep chugging away!

Very good compared to your first one! The red is really much more glowing. You might consider bluring the blue a little bit in gimp or something… It just doesn’t have as much of the affect… Good job!

It has made much progress. Still trying to find ways to make it better. Found a tut for the shield effect, but having a little trouble translating from 1.x to 2.49. Where is the add modifier for a normal (Non halo) Material?

Well, since frineds keep mixing it up, I wanna know which is better. The way I had it or this? 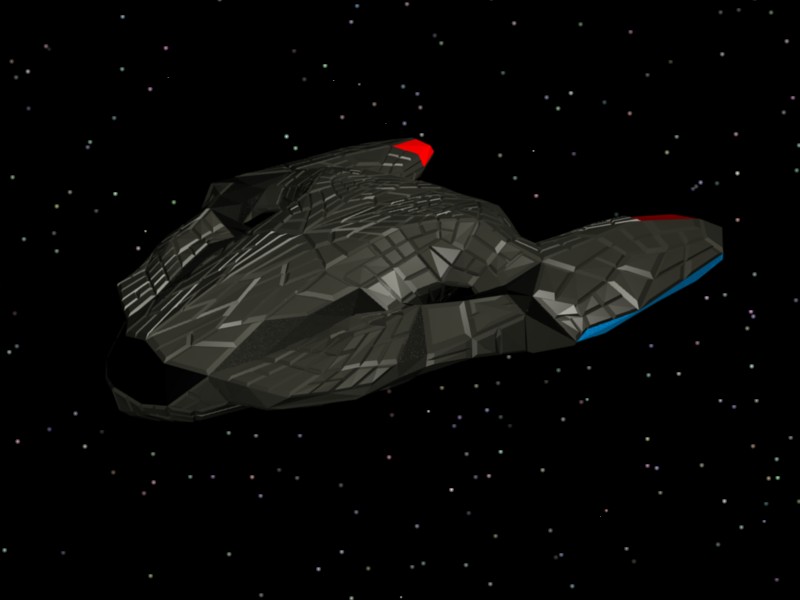 For shield effects, you could use a mesh with shrinkwrap around the ship, and set the alpha value low, so you can barely see it, and animate an increase in the alpha value whenever something hits it.

I’m working on a shield effect. SInce I’m a trekkie, I’m doing a shield sphere aroudn teh mesh without shrinkwrap. I do need to know how to do the animation of the shiled effects though. How do you save the visual settings too?

Ooka, the render. I tried an animation with a changing visual effect for the shield, but it didn’t work. So, I got over 200 of the same pic… Oops? 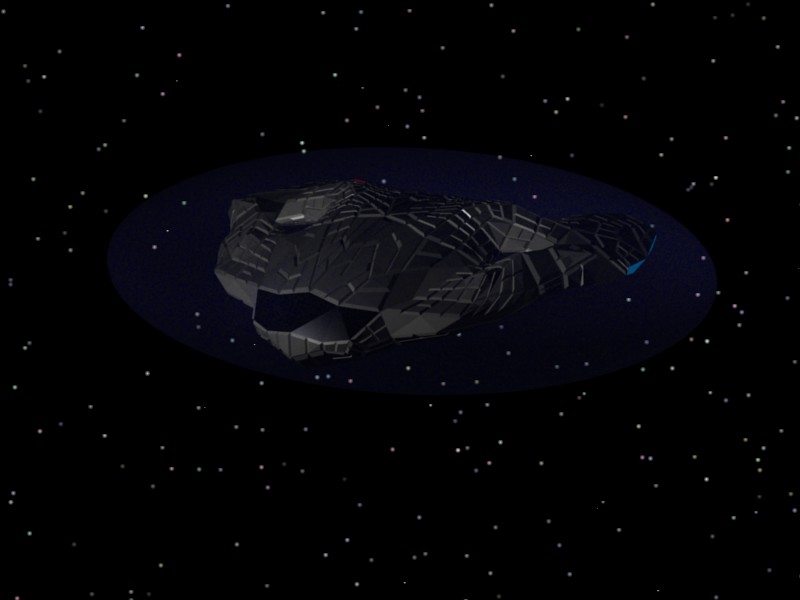