I saw some cool japanese design toys that were made from different kinds of wood, so I thought hell, I want to make something as cool as that!

So my idea was basically to start a wooden action figure, which would represent a werewulf-like creature. Here are the first wip-shots from it. There’s not really that much to be seen, other than the base for the head. 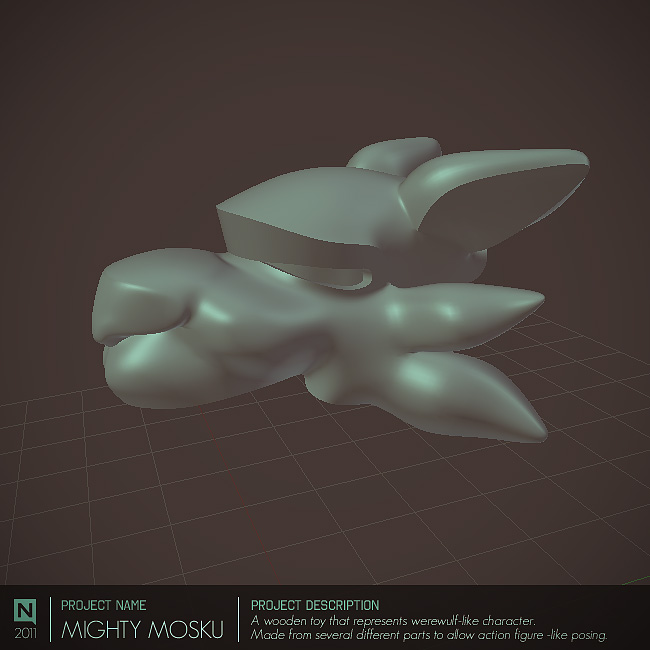 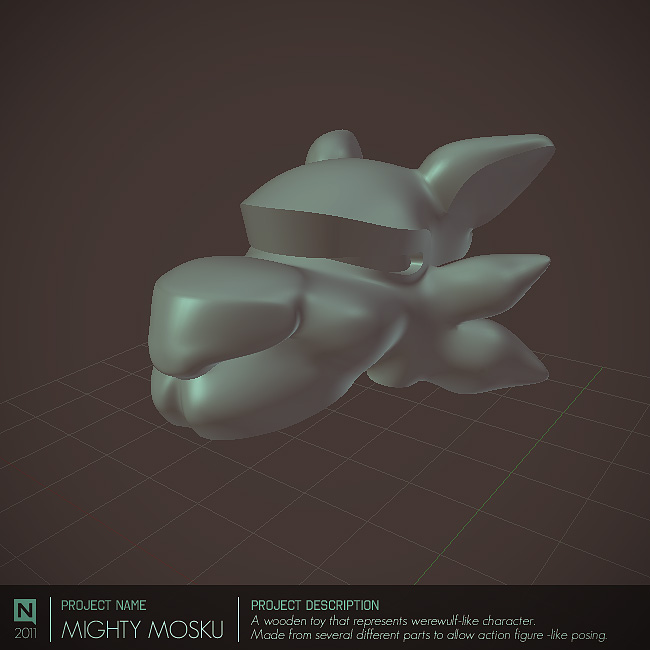 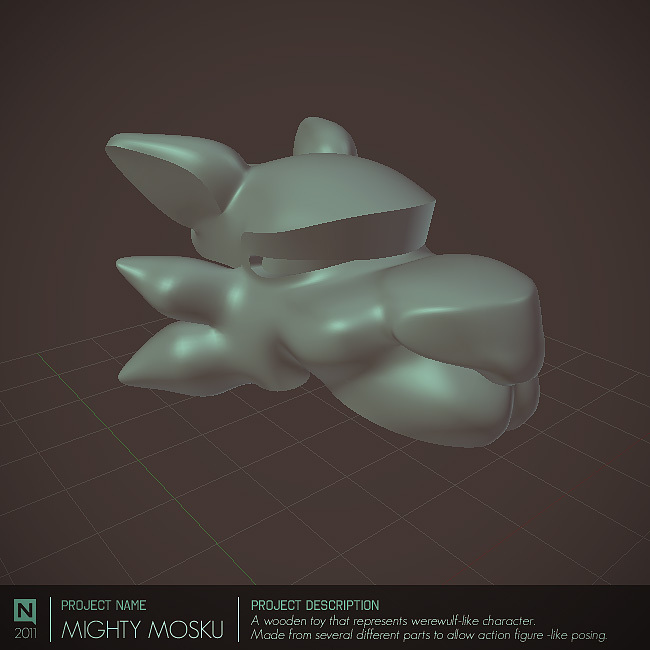 I’m going for bulky, simple and sharp forms. There are already some forms in the head that I do not like, mostly the “cheek fluffs”, which I will be redesigning to fit better to the goal I’m aiming for. Also as I am trying to keep this model as realistic as possible design wise, there will be some complex forms that would not be possible to create if this was carved from real wood. 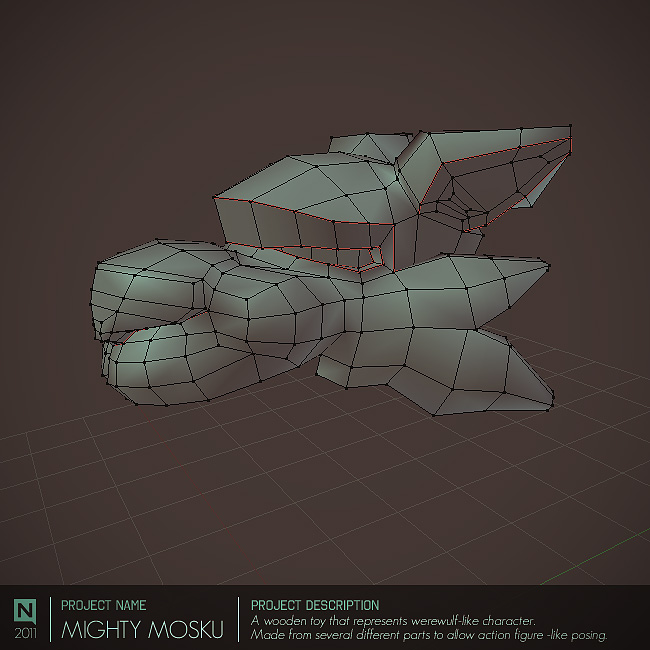 The model looks nice, hope for the body…

Meh, I didn’t like the start at all so I re-started the whole model from scratch. Here’s a turntable of what’s currently modeled:

What I will be focusing on next:

Hopefully the next update wont take too long. I know there’s not much to comment about yet, but if anyone sees any points of improvements, let me hear 'em! 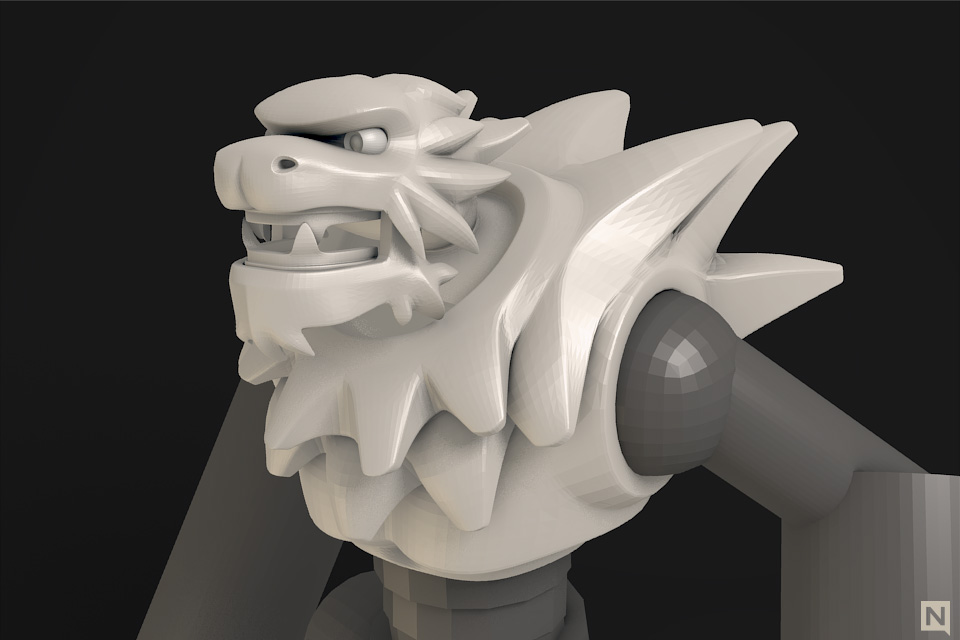 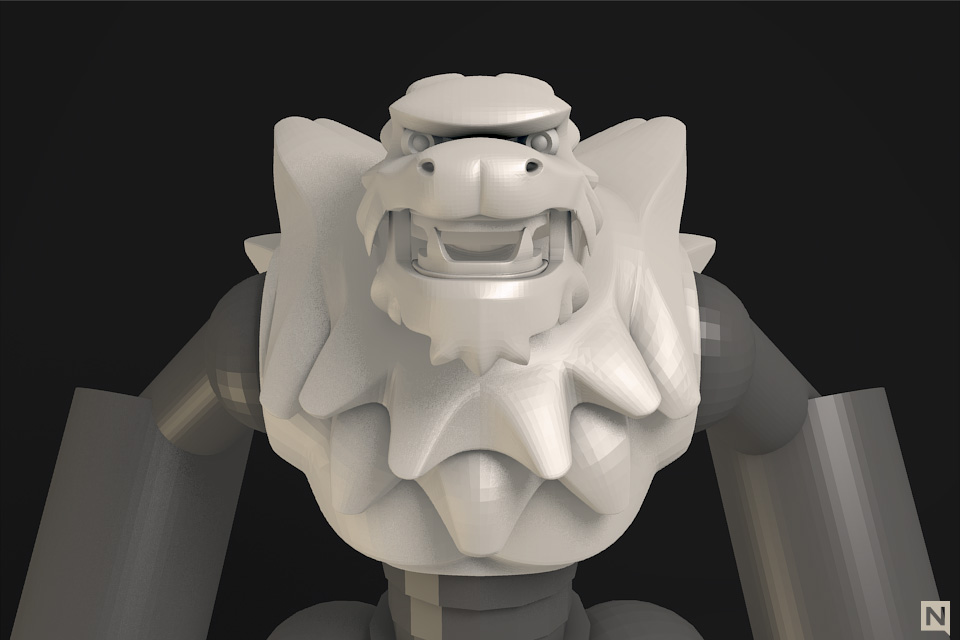 So I got the chest piece ready and so far I’m pretty happy with it. I might change the fur-spike-things a bit later on, but that’ll do for now. I also finished the jaw and inner mouth plus I made the ball joint for the neck. The lower part of the joint that connects to the chest piece looks a bit weird from certain angles, so I might tweak that later on aswell.

I also blocked out the basic shape of the rest of the model, so that it’ll be easier the follow the overall shapes and curves. Coming up next in the to-do -list:

Now that’s an insult -_- But thanks anyhow!

Very awesome. This would be my favorite action figure

Now that’s an insult -_- But thanks anyhow!

True. But it would be a true insult if someone were to say it looks similar to a megazord cough