OK, I’m pretty new at this, and i was kind of hesitant to ask for help, but i truly have no idea on what to do. I was making a cube stick figure so to speak (pic attached), and i wanted to get it into a walk cycle so to speak. The way i thought would work (the wrong way apparently) was to make normals at the edges of his joints and parent armatures to that as i don’t want to manipulate the actual structure, just the positions using the armatures.

i know there is something called weight paint for bones or something, but i don’t know how it works, would that help me here? 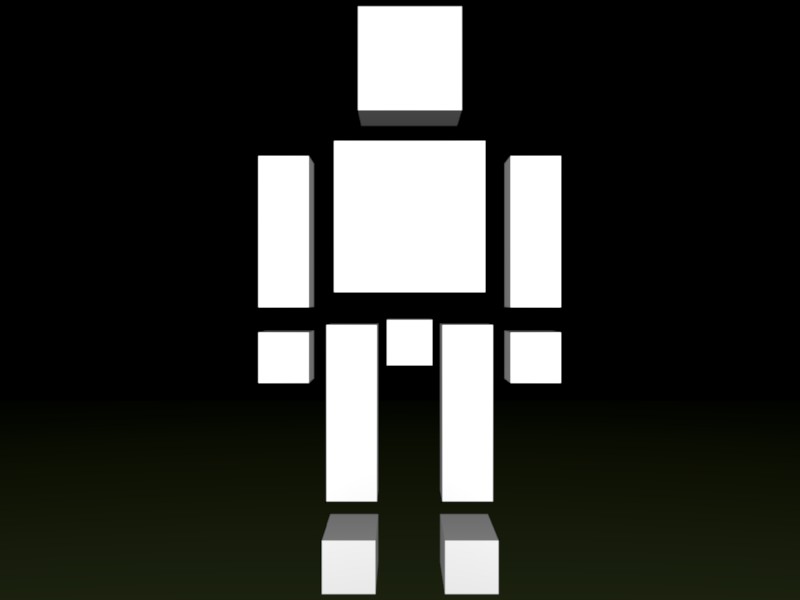 The Blender wiki should be able to answer your questions and contain tutorials to help.
http://mediawiki.blender.org/

hy,
blenderart isuue 2 deals with riggin for low poly games and cuzz your charachter is low poly so to speak its a great tutorial for it.

So just take a look at the second issue and read the tutorial.

Are those cubes seperate objects? If so, simply parent cube to the right bone.