I needed to kill some time so I made this just for fun, some of you might know where it’s from. But I can’t get the controls to work, if you know how the controls work in that game could you help me out?

Make an OC and we will talk

I don’t want to get a cease and desist.

let me know if you want it to work differently

ps - if you check -Compress in save options it makes it smaller, and anything under 2mb we can share here using attachements.

Hey Blueprint I appreciate it but I don’t think the controls quite work like that. What I had problem with besides getting the animations to play properly was having the character turn left and start walking to the left when you hit the A button. Remember the ps1 controls?


Also character movement is definitely better than a sliding servo acutator. Appreciate the effor though.

No sliding
(may need always sensor plugged into script)

edit: I don’t get what you mean? you want him to rotate in place when you press A or D?

When you pull an analog stick on a playstation controller to the left, the character isn’t rotating like a tank, he starts running in that direction and he also faces that direction. That was what I was trying to achieve. Also maybe I’m missing something but he seems to be sliding in the file you sent me when you stop running, he also gradually achieves his max speed which isn’t really necessary and which also looks odd since the animation isn’t synched.

But as I said, appreciate the effort.

I can sync the animation to the player run speed easy enough,

also the left starting to run left and having the camera matchup should be doable, but it will make things complicated and strange, (press left -> start running -> releasing left and then pressing up -> keep running forward)

You don’t have to do any of it if you don’t want, if you do want to do it let’s keep it simple. No need to synch animation to speed, in the original game and in most games characters have a constant speed, he isn’t a car. In either case thanks a lot for the help.

To all the onlookers from other threads, this perfectly illustrates my point regarding the logic bricks. If they’re so logical why is it so difficult to emulate a PS1 game’s controls from 1999.

EDIT: you’re too fast, or maybe I’m writing my replies too slowly.

I set this actor up the way I like to setup actors, mixed with what I thought would be nice.

I have not played ff9 in quite some time, so I don’t remember how it feels,

it’s more of a ‘how to describe the movement’ issue then I can’t do it.

it feels pretty nice to me.

edit2: I would love to do a 3d platform/puzzle game that also was a turn based JRPG

edit3: here is the battle world so far - I only have the Fight option setup at the moment*
Trying to make it all use the exact same backbones, and not have so many object dependencies for menus.

here is a little about the system I built

I’m not a programmer but I think what one might want to is, have the cylinder bound just handle location, the skeleton that handles the animation would have to be parented to something that tracks an empty, the empty is what’s handling the rotation, it would be rotation around the character. So when you hit up, down, left or right the empty will rotate towards that angle and the skeleton will track the empty making the character face that direction, the character would have to face the empty quickly, no need for a slow rotation. The cylinder will also somehow be moving in that direction. I’m not a programmer so I wouldn’t know how to do that last part.

If you want to help me out I would appreciate it because blender’s illogical bricks won’t do it xD, once again here’s reference in case you want to do it. :rolleyes:

EDIT: Wow that battle system, definitely an improvement upon the last thing we worked on. Maybe we could try complete the JRPG kit. Blender’s game engine needs more easily modified game kits that people could use to create their games with. Because this programming is painful to people like myself.

Well, the world view in the old final fantasies were not very fun to explore,
I think running, jumping, pushing/climbing etc would be cool,

and I am not a fan of the ‘instant change in directions’ or ‘Tight’ controls because they are unrealistic. tapping a new direction while running making you ‘burn out’ in a slide-> get up running the other direction could be cool,

I would like to have puzzles, and platforming in the 3rd person view, is this ok with you?

if you have the art, I have the code.

edit: Yeah the JRPG guts are made to be much more flexible now but it will still need a good documentation as some of the rabbit hole is pretty deep with the UI list thing.

then the UI takes the data for the UI element list, spawns the object, and sticks the object to the end of the list

TheThingThatSpawned[‘Data’] = [Data for thing]
meaning it only adds the element to the scene 1 time
so it is much more efficient than the previous UI.

right now I only have

Are you thinking of something that’s more like Final Fantasy 10. I recall that you at times had to push around stuff in that game, I also think there was a more realistic rotation to the character in that game, I wouldn’t mind that. But if you want to do the battle system again I wouldn’t settle on anything that isn’t traditional turn based final fantasy, which seems to be what you’ve got in your video there. Here’s a game model I made some time ago, maybe we could settle for something like that for graphics. 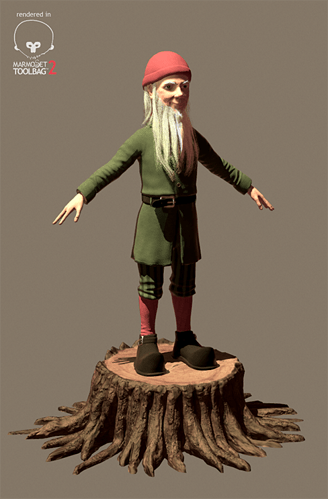 Did you like Final Fantasy Tactics? (the original?) many of the sequels were… not as serious.

I like the traditional JRPG mechanics, but am open to making just about anything as long as it’s fun.

I never played Final Fantasy tactics but I’ve seen it and the graphics were a huge turn off for me personally. A more modern version of that game would probably be Gladius or X-com, that’s fun but it’s not as good looking as what you can achieve with an animated battle camera. Why create something that looks worse, you got most of the battle system in that video already, no need to redo it into something that hasn’t as great of a potential to look good. How about we model our kit after Final Fantasy 10, that game would enable us to ditch the pre-rendered backgrounds and just have a fancy camera exploring the scenes.

We would have to create:

Programmers
•Character that runs around similarily to how the character runs around in FF10.
•An advanced camera that is animated through the world while tracking the player.
•A battle system.
•Stats and leveling up.
•Menu buttons and stat tracking.
•Saving and loading
•Message system, letter by letter text.

A lot of work but it looks like you’ve come a long way on the battle system, maybe there are others who might want to help? Anyway still up for it, if you are how do we communicate, the forum wouldn’t be that great.

I can rig up the animations and the camera - (3rd person chase view along camera path with zoom in view if obstructed?)

Discord is cool or

facebook works for communication - I help a few projects there.

I can rig up the animations and the camera - (3rd person chase view along camera path with zoom in view if obstructed?)

No I made a thread about it the other day: 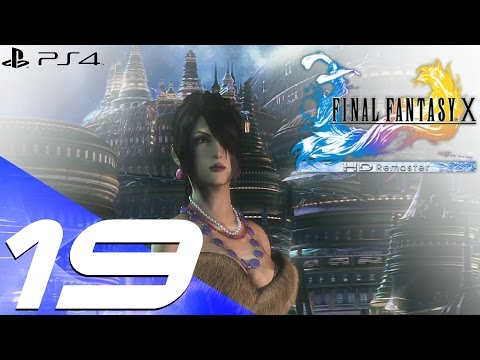 I’m not planning to recreate this camera but since yesterday I’ve been thinking about how one would create this kind of camera in blender or unreal. It’s not just tracking the character but seem to follow an animated camera path through the scene and...


No camera collision necessary, we would have to save the camera until we’ve got a map to guide the camera through. So when you create the the character controls you won’t have to worry about the camera, probably won’t be too hard for you to do. You remember how you moved around in FF10 right? We don’t want the character to gain speed as he runs or for there to be any sliding, the character physics might be best to use, not dynamic.

That looks like what we’ll need. The question is if we want the dialouge boxes to appear above the character’s head as he’s talking or if we just put them on the bottom of the screen. You can decide on that, it’s not really that important. We can work pretty much independently since we know what we’ve got to do, I think I still got you on google+, if we need to talk we can talk through there.

I’ll start doing the character tomorrow, I have become much better at the process of making characters for games. He will probably be finished before the weekened. After that I might do the map, we’ll create something cool looking, the assets made for the map could be used for the battle arena too. Then it’s just the monster model and the animations for the character, i think i can do that too. All the menus and layouts and fine tuning of how things looks, I’ll wait until you’re done with the programming before I touch that.

You do things at your preferred pace, if anyone is reading this and want to help us out and can help us out we would appreciate it. Remember we’re modeling this kit after FF10, let’s try to complete that first, then if we still feel like it we can modify it into some kind of hybrid platformer thing. But let’s try to stay as close to this as we can: