World War 1: The Darker Side

Firstly, I’d like to apologize for my bad English, but at least it can be funny sometimes.

This is my first thread in the forums, and I will be showing you a project that I’ve been working on for about a month. It’s more like an experiment with the knowledge I’ve gathered up to now about the Blender Game Engine.

I don’t have a lot of time now, I might even stop working on this project, but who knows, only time will tell.

Everything is in a test stage, it’s quite far from being ready.

World War 1: The Darker Side

This is actually a working title, I may change it in the future.

The year is 1919 and although the Germans seemed exhausted, they quickly began regaining territories, and Britain and France send their bravest men to the battlefield. But having gained a lot of experience, the Germans make their trenchlines even more impenetrable, with machine gun nests, heavy artillery and anti-tank guns being placed everywhere. Then the Entente send their newest weapon: the Mark VIII International tank, never tested in battle up to this moment.

The project focuses on the darker and uglier side of war: the rain, the fog, the inability to see through the small tank vision slits, the impossible commands given out by some commanders, the constant rain of machine gun bullets and artillery shells, etc. 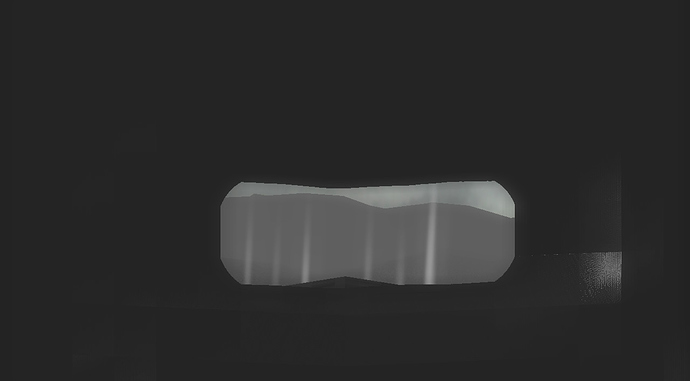 This is a camera I added so that you can actually see something: 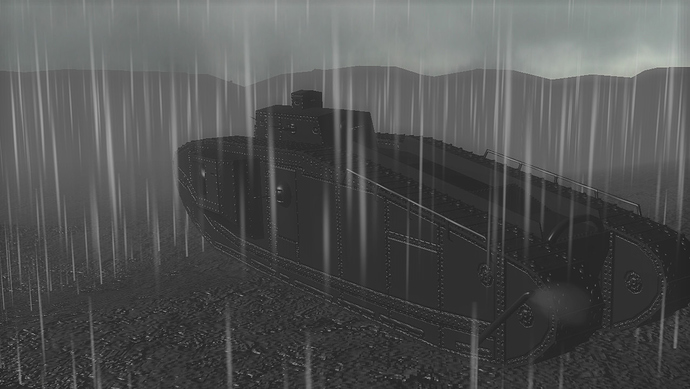 This is what happens if you get hit by artillery: 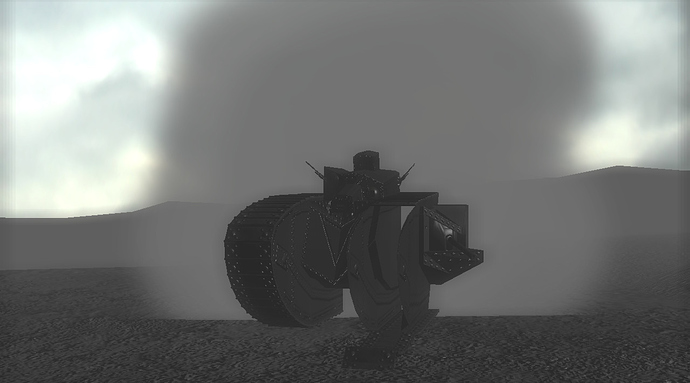 I will be posting more screenshots in the near future. Unfortunately, I haven’t been able to record a video with synchronized sound.

Now, a quick description of the mechanics of all this:

The tracks are hand made, that is, I haven’t used a script or anything that would make my life easier. Every single track element was animated by hand. It’s not that tough, it’s just very slow, but you get a very detailed track. This method was actually suggested here, on the forums.

There are 11 switchable positions on the tank, all done with logic bricks.

I’ve used a custom bloom filter, and a script to move the UV coordinates of the unwrapped objects (or just a UV scroll script) for the rain.

All credits for used methods go to the Blender Artist community, Blender Stack Exchange, A LOT of YouTube users and blending people, who I will probably be crediting in much more detail, if I find their names, of course.

If you have any questions, feel free to ask.

All (permitted) forms of criticism are welcome.

Have a nice day,

It looks like an interesting project, in any case you can learn a lot from experimenting like that.

I’ve been working on some tanks myself lately and found that the curve and array modifiers are great for placing tracks on the tank.

Use a bezier curve, and a single track link, then add the modifiers (make sure you’ve applied rotation and scale to the objects first) and you’ll get a track that builds itself. You can even move the points of the curve in real time to better line it up.

From there I’d use a solid object to represent the tracks and bake the track textures on to that, then use UV scroll to have the textures represent track movement.

Thank you, good sir! I really needed a detailed explanation of this method.

The only problem is… I don’t really know a lot of Python.

I actually tried with the UV scroll script, but the tracks would stop instantaneously when the tank stopped moving. I’ll give it another try. 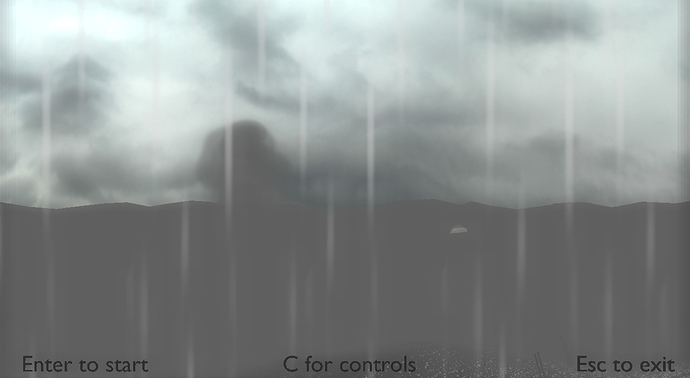 Sorry for the dense fog, I guess I’ll have to remove some of it. If you look closely, you can see some barbed wire and an explosion.

I’ve put a camera in front of the tank, so that you can actually see what’s behind. Because the view from the commander’s camera is quite limited. 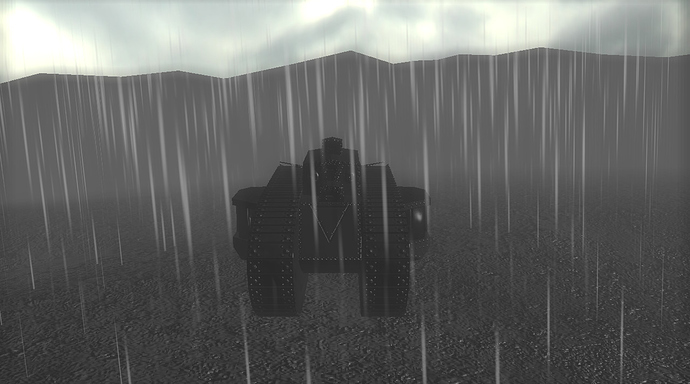 This is another chase cam view, but this time with a shell exploding not far away. 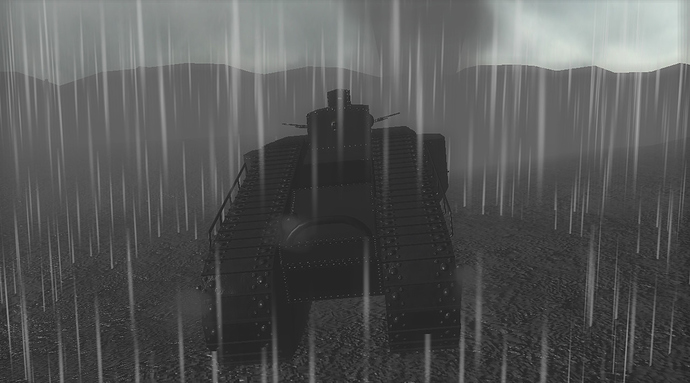 In front of the enemy trench line: 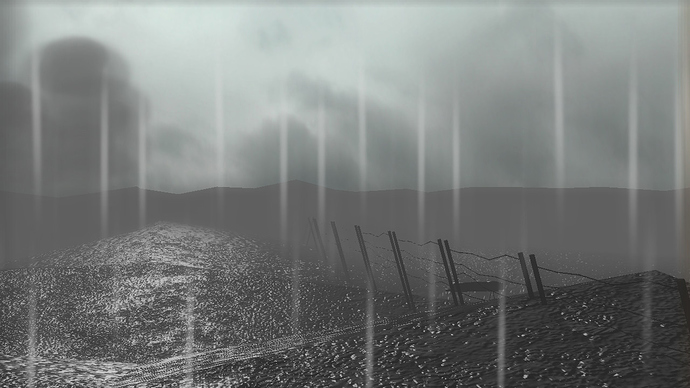 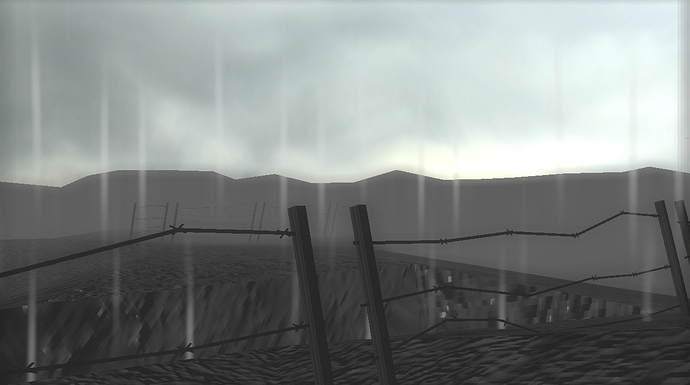 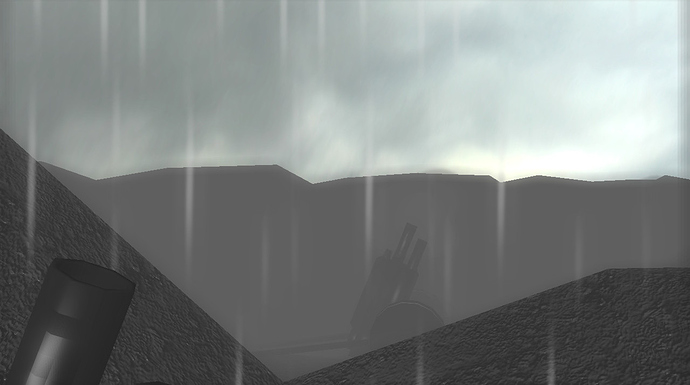 This is a view of the battlefield from the enemy’s side: 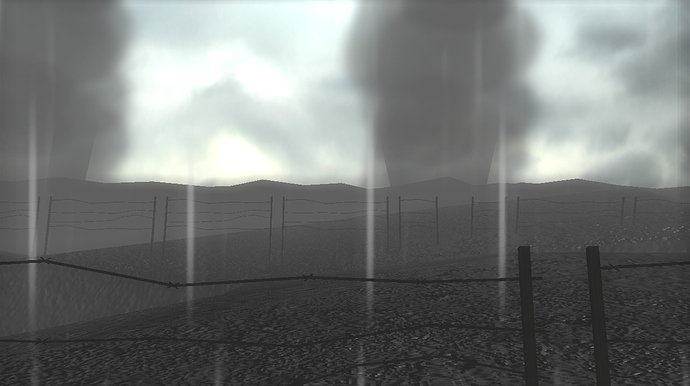 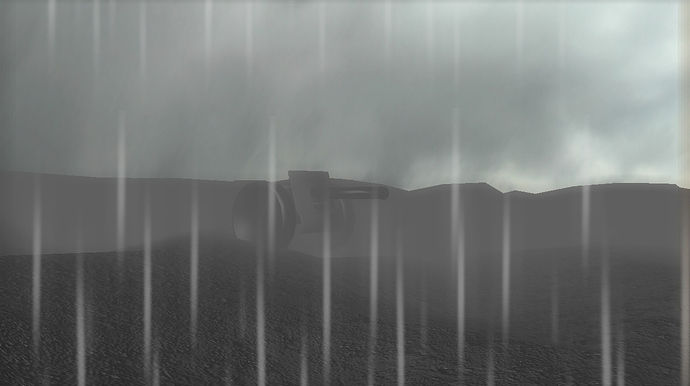 And the sky, as seen from the enemy’s side: 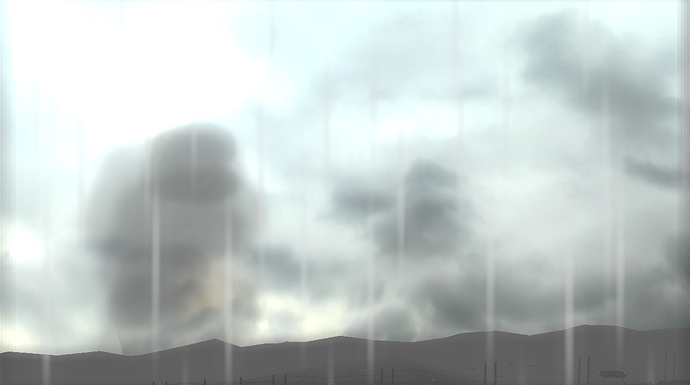