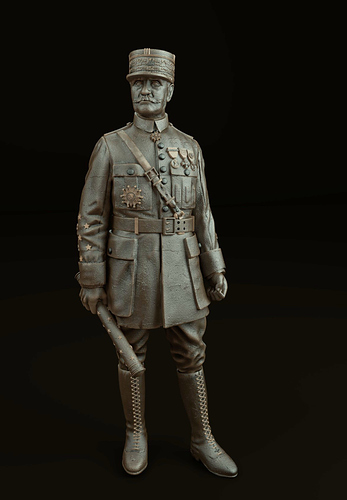 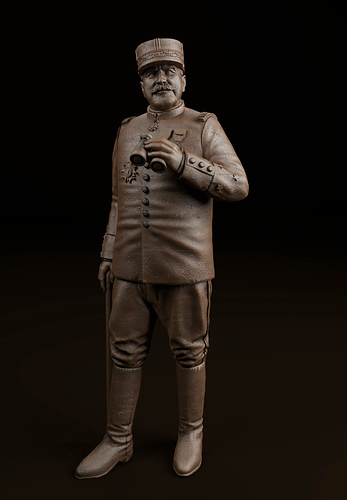 Marshal Joseph Jacques Césaire Joffre, 12 January 1852 – 3 January 1931), was a French general during World War I. He is most known for regrouping the retreating allied armies to defeat the Germans at the strategically decisive First Battle of the Marne in 1914. His popularity led to his nickname Papa Joffre.

Amazing modeling. How did you learn it? And can you post a wireframe?

this is sculpt mode 4-5 milions of polgons. were just black spot

Very nice modeling. they are awesome.In the first look i thought the first one is Rezā Shāh :evilgrin: