Here I’m going to share our recent project on Branch Education.This is a technology comparison 3D animation video, which is fully modelled, rigged and animated in Blender.
And I would like to share with you some tips and breakdown the creation process, but first…
Here is the video for you to watch: 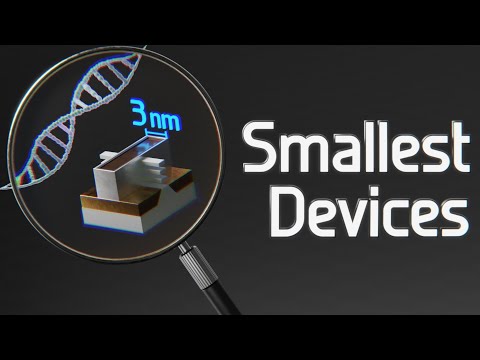 As you may have noticed a lot of models were used in this project - from large ones, down to tiniest transistors. And that was challenging and I had to push Blender limits to create an animation on such a tiny scale. Since smallest Blender unit that you can use is micrometers and smallest object size that you can actually catch on camera is about 100 micrometers which is insanely small, but the idea was to show even smaller devices like modern transistors and those are measured in nanometres so I had to scale up entire scene at several frames of the animation, which you can actually notice from the grid floor.

In total we used 45 models including background objects (human, coin, salt, blood cell, virus, DNA etc.)
Also many generative assets (Geometry Nodes) were used in this project.
For instance, here is the PCB generator : https://blenderesse.gumroad.com/l/zVILnc
It has been slightly modified so that you can control the scale of individual objects and mesh faces.
And now the Intro of the video begin with this: 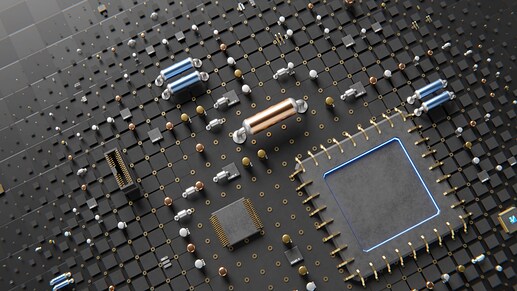 Also one more procedural asset that actually saved tons of time is Procedural Ruler.
You can get it for FREE here: 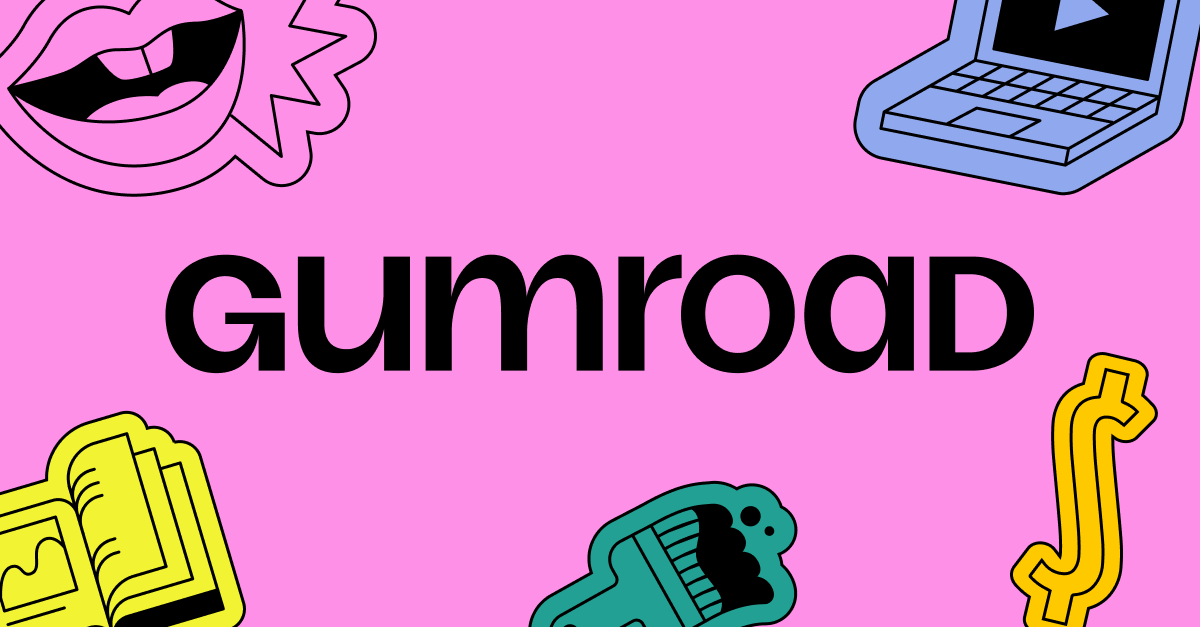 Procedural Ruler is 1:1 real-world scale that can be easily animated.Here is the Blender project where I actually used it many times: https://youtu.be/gfOD-Qpl6eYou can tweak radius of the ruler, brackets size, text size and position and even more... 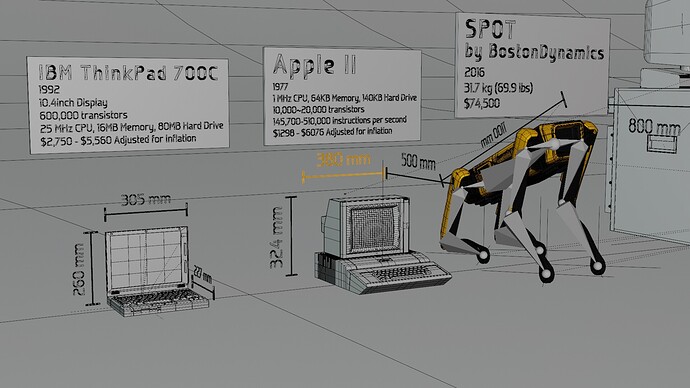 This geo nodes setup was used to measure each model’s dimensions and easily change parameters.

During final rendering of the project we struggled with GPU memory consumption, cause so many objects were used in the scene and the best solution was to switch off collections that were already out of camera view. And thats why its very important to keep your Outliner nice and clean… 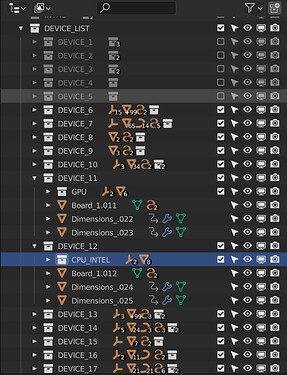 At the end of the video we are at such a scale that you can notice DNA structure, that is already visible comparing to modern transistors.
This was so mind blowing and we decided to make thumbnails based on it: 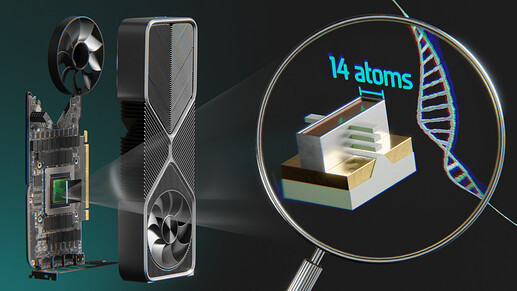 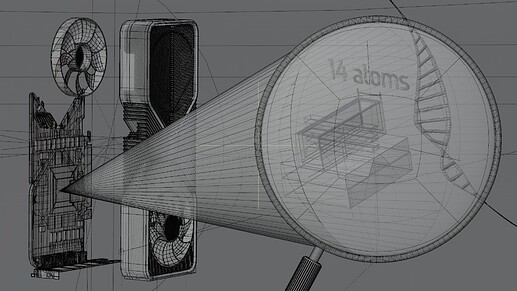 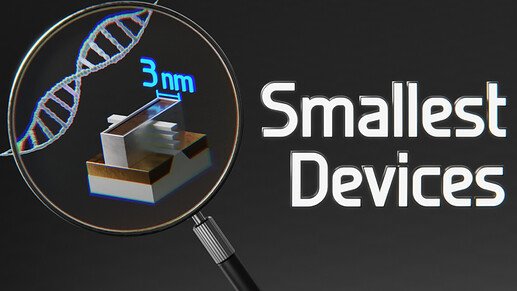 And finally, the outro scene is the most complex for this project, where we have to build up each layer of the transistor network using geometry nodes - a similar technique to that used for the modified PCB generator, but this time using multiple layers of complex mesh. 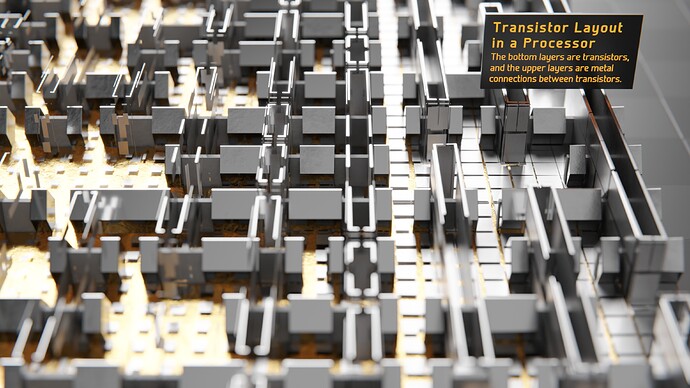 Fun Fact:
This Small Device project folder size, including all models, textures,renders and blend files is:

That’s it for this project, thank you for your time and don’t forget to like the video and leave your comments!

I very much enjoyed watching that, incredible work!

That was really neat! I’d be happy to share that video on BlenderNation too - could you submit it please?

I also tagged this topic with #art-breakdown, see this topic for more about that.

Thank you Bart, seems like we already shared that video on Blendernation

Oh you did? Sorry! It’s sometimes hard to keep track of everything

yeah, sure I understand. Glad you like the video 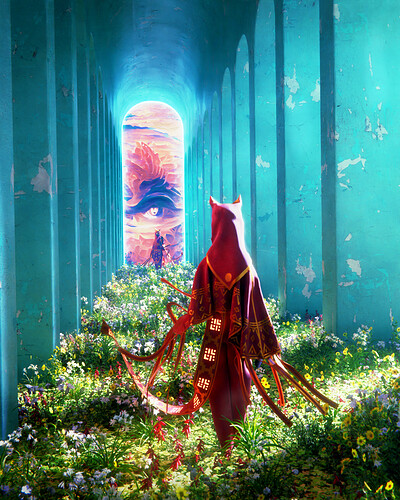