Logo1.png1024×256 79 KB
Worn Tires is a racing game which blends street racing and public racing into one exciting story.
The game is in early(pre-alpha) stage of development and is currently focused on logic creation although models and textures are also very needed.

[Story]:
The game takes place in multiple city areas which will be connected with some highways shortened proportionally to reality. The place where the game will act won’t fit any real place in life(unless me and my team will accidently place it almosat equally to some place of world). The street races are taking place everywhere, police can’t stop them. Several people has already died in rush hour races, but nobody stops. The “player” is one of high-tech “Solid Wheels” league members. He is one of the best racers in league. However, when one of the most skilled opponents decided to not to loose the “player”, he sabotagues “player”'s car. But it results that the “player”'s car flames up in the track and he almost doesn’t leave the car in time before it explodes. After that the “player” finds out that he is out of money, because all the funds where used to build up the car. To get back on the trails he decides to take his fathers old car and join the streets of “Worn Tires”… 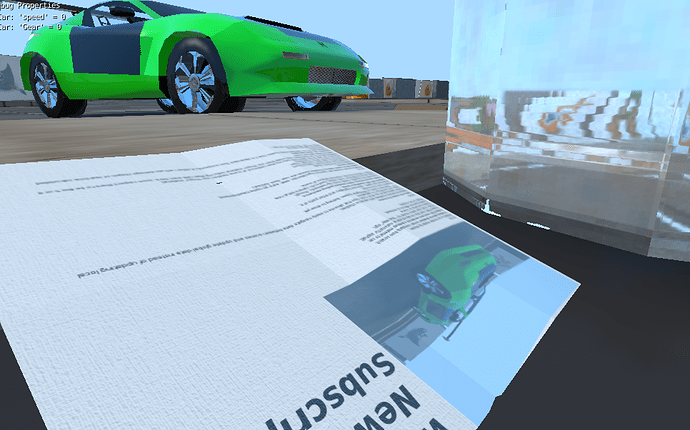 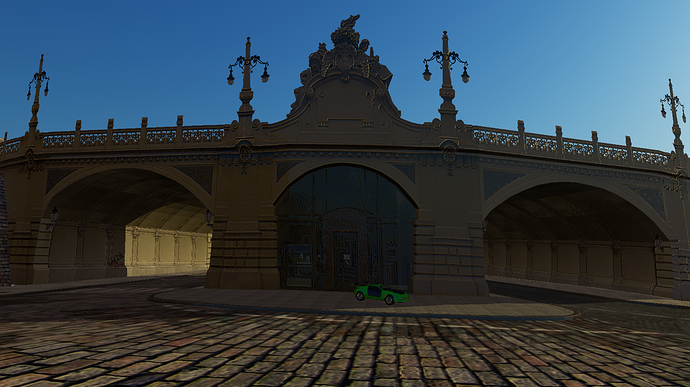 Looks good! The reflections on the windows are pretty cool.

hm you receive the same effect with mirroring planes too. did you try it?

How do you mean it?

How do you mean it?

you said above you use 6 cameras to make the reflection right?

there is a way to make object reflect like mirror. take a look at this

I know, but that works only on planes… I have a 3D model. Or you have an idea how to make it 3D?

check out this blend. It is a great example of what can be done for a racing game in Blender.

But theese aren’t realtime… Maybe you can reccomend realtime reflections with one camera and very good performance?

Too much power is so exciting:D

So another small update #4
Nothing much to show. Just upgraded car’s paint and environment! Removed the tuning setup as I am going to make garage soon.

5th update:
*New car model: Mitsubishi Eclipse which will be first car aviable for player in game
*A bit of graphics polishments
*A bit of environment polishments
*Now moved to 2.74

The car looks very nice, I like the reflections

Thanks! By the way, if you need them for your game, I can share you nodes and the method, just PM me;)

Heads up - you’ve misspelled matte (or matt if you prefer)